DENVER — Although Melvin Page had a long career in public service, retiring proved to be much more difficult than he thought.

Three years into his retirement, Page suffered a brain aneurysm that left him with crippling medical debt and no chance of keeping his apartment. The then 70-year-old ended up experiencing homelessness in Denver for more than a year beginning in 2019. He told Denver VOICE that he was lucky to escape within a year, but getting back on his feet has been a struggle.

Nearly four years later, Page, 73, works part-time as a lot attendant for Enterprise Rent-A-Car at Denver International Airport. But his hourly income is not enough to pay for food, rent, and transportation each month. Page said he‘s grown increasingly reliant on his Social Security income to pay for necessities, and is worried that another economic shock could send him back to the streets.

“I’m still willing to go to work and I take full responsibility for my future,” Page said. “But I still can’t help wondering if I’ll be able to afford any more help than what I receive now.”

The project analyzed the Census Bureau's 5-year American Community survey data from 2010, 2015 and 2020, a period of historically long economic expansion bookended by the Great Recession and the onset of the pandemic.

Overall, Denver’s poverty rate for seniors–defined as people aged 65 and over–decreased from 15.4% to 10.5%. But the data also showed continued disparities among Black and Latino seniors when compared to white seniors.

Meanwhile, Denver’s population has gotten older, with people over the age of 65 making up 12.2% of the population in 2020 compared to just 7% a decade ago.

Experts point to several reasons for Denver’s declining poverty rates among Black and Latino seniors such as spending more time in the workforce and the plethora of programs that the city has created to help supplement daily expenses for food and medical care.

But others are concerned that programs designed to aid seniors may not be able to withstand mounting economic pressures from Denver’s rising cost of living and persistent inflation. Moreover, some point to a rising number of seniors experiencing economic instability as evidence that Denver’s declining senior poverty rate could reverse course in the future.

More Time in the Workforce

Page, who is Black, said his retirement wasn’t his choice initially. He was working as a landscaper when his declining health ushered him out of the labor force. Without that setback, Page said he would have never stopped working.

And the labor contributions of older adults in Denver is hard to overlook. According to the latest Community Assessment Survey for Older Adults by the Denver Regional Council of Governments, older adults contributed an estimated $1.6 billion in economic productivity over a 12-month period in 2018. Approximately $875 million of that total came from “unpaid contributions,” such as volunteer hours and informal labor like helping friends and family.

But spending more time in the workforce doesn’t necessarily guarantee that a senior will be able to afford to retire. Perla Gheiler, who leads Denver’s Office of Aging, told Denver VOICE that one reason Black and Latino seniors experience higher poverty rates is that they often don’t have enough savings when they retire.

“Our seniors are living much longer, which is putting additional strain on their savings and retirement accounts,” Gheiler said. “Even those who were able to put away a sizable nest egg have seen it dwindle recently because of inflation and high housing costs.”

Another issue that Gheiler pointed to is the wage gap between male and female seniors who are employed. Research from the nonpartisan Bell Policy Center (BPC), a financial policy think tank, shows that the median income for Denver seniors is roughly $25,000 per year, with male seniors averaging more than $30,000 in income while women average around $20,000.

For Page, who earns a gross income of approximately $3,400 per month between employment and Social Security income, saving money every month is challenging at best. On top of taking the bus from the Southmoor Park & Ride in southeast Denver up to the airport for work, he also must budget for medications to treat his high blood pressure and other ailments.

Page said he has no stocks or bonds he can fall back on for additional income. He also doesn’t qualify to participate in his employer’s retirement program because of his part-time employment status, making him one of the 63% of Black Coloradans that do not have access to retirement funding outside of Social Security, according to research from the BPC.

“There’s a whole array of people who have fallen through the cracks that just don’t have the strength or financial resources to overcome the challenges they’re facing,” Page said.

Programs like Social Security have also been instrumental in helping many Black and Latino seniors in Denver make ends meet, Gheiler added. But the pandemic tested the efficacy of these programs to reach seniors living on the fringes of poverty.

One mechanism that has helped reduce the poverty rate for Denver’s seniors is the automatic cost-of-living adjustments (COLA) that determine the level of Social Security benefits paid to individuals. On Jan. 1, 2022, the federal Social Security Administration announced it was increasing disbursements by 6% the upcoming year, the largest spike in the administration’s history.

The Center on Budget and Policy Priorities credited the COLA as one reason that more than 201,000 seniors in Colorado were lifted out of poverty because of the program between 2018 and 2020, a time when Colorado’s overall cost of living increased sharply.

“Black and Latino workers benefit substantially from Social Security because they have higher disability rates and lower lifetime earnings than white workers, on average,” Kathleen Romig, CBPP’s director of social security and disability policy, wrote in a blog post in April.

Gheiler added that Denver has made significant strides to improve its service pipeline for seniors. For example, the city worked closely with the Area Agency on Aging within the Denver Regional Council of Governments to provide seniors with services to those who need assistance applying for benefits like the Supplemental Nutrition Assistance Program and Medicaid.

Denver also created several programs to help seniors age in their homes. For example, the city partners with Brothers Redevelopment to provide some seniors with home repairs. The city also has several tax exemptions that seniors can claim, according to the Assessor’s Office.

“There’s really been a greater focus on improving coordination between city departments as it relates to how we serve senior citizens in Denver,” Gheiler said. “And our office really tries to ensure we connect seniors who call us with the right services to fit their situation.”

Page said he is a testament to how well Denver’s services can work for seniors. He was placed in a room at the Aloft Hotel in downtown during the pandemic after he tested positive for COVID-19. While at the hotel, Page was connected to services and other resources that helped him recover,, he said.

The service providers Page connected with were able to help him find his apartment at the Brookdale Senior Living Center in southeast Denver. They also helped Page apply for his job at the airport and find furniture for his new home, he added.

“That’s when I really started to feel stronger,” Page said. “I don’t know where I’d be if I hadn’t ended up there.”

Despite the help from Social Security and local programs, Page said that he faces a challenging financial future. Over the last year, food prices have gone up 10.6% in the Denver metro area while household energy costs advanced 11.7%, respectively, according to the Bureau of Labor Statistics.

The $2,100 per month that Page pays to rent his apartmentis also more than 60% of his monthly earnings. Housing experts consider people who spend more than 30% of their monthly income on housing expenses to be “housing burdened.”

Although the senior living facility provides additional services like on-site skilled nursing and memory care, he hopes to move to a cheaper apartment by November when his lease ends. The move could allow him to save more of his paychecks so he can afford the extra care later, he said.

“Not everyone from different economic groups reaches the same level of success as the others,” Page said. “Some people will inevitably fall through the cracks. We need to recognize that and plan accordingly.”

Outside of inflation, Chrissy Esposito, a policy analyst at the Colorado Health Institute, told Denver VOICE that the rapidly rising cost of living resulting from the COVID-19 pandemic is one of the biggest threats to the overall financial health of many seniors in Denver.

“It’s not surprising that many seniors have been able to escape poverty over the last decade,” Esposito said. “But the challenges that this population continues to face often go unnoticed once their income gets above the poverty threshold.”

Esposito points to data showing that the number of seniors experiencing economic instability—meaning they live between zero and 200% of the federal poverty line—as evidence that Denver’s declining senior poverty rate could reverse course in the future.

According to the data, the total number of seniors aged 65 and up that fall into this category increased from 28.9% in 2018 to nearly 30% in 2019. These percentages dipped in 2020, which Esposito said is likely a result of pandemic-related data collection issues.

“It’s sad because people face higher risks for having health conditions as they age,” Esposito said. “But they’re also more likely to live in poverty, which can make it difficult to deal with these challenges.”

On top of increased health risks, Denver’s rising average rent is another issue plaguing the more than 30% of Denver seniors who rent their homes, according to the 2018 CASOA survey. And interest rates are also twice as high as they were at this time last year, which makes it much more expensive to buy a home in the first place.

“Aging is expensive,” Esposito said. “And we as a society seem to be underprepared for it.” 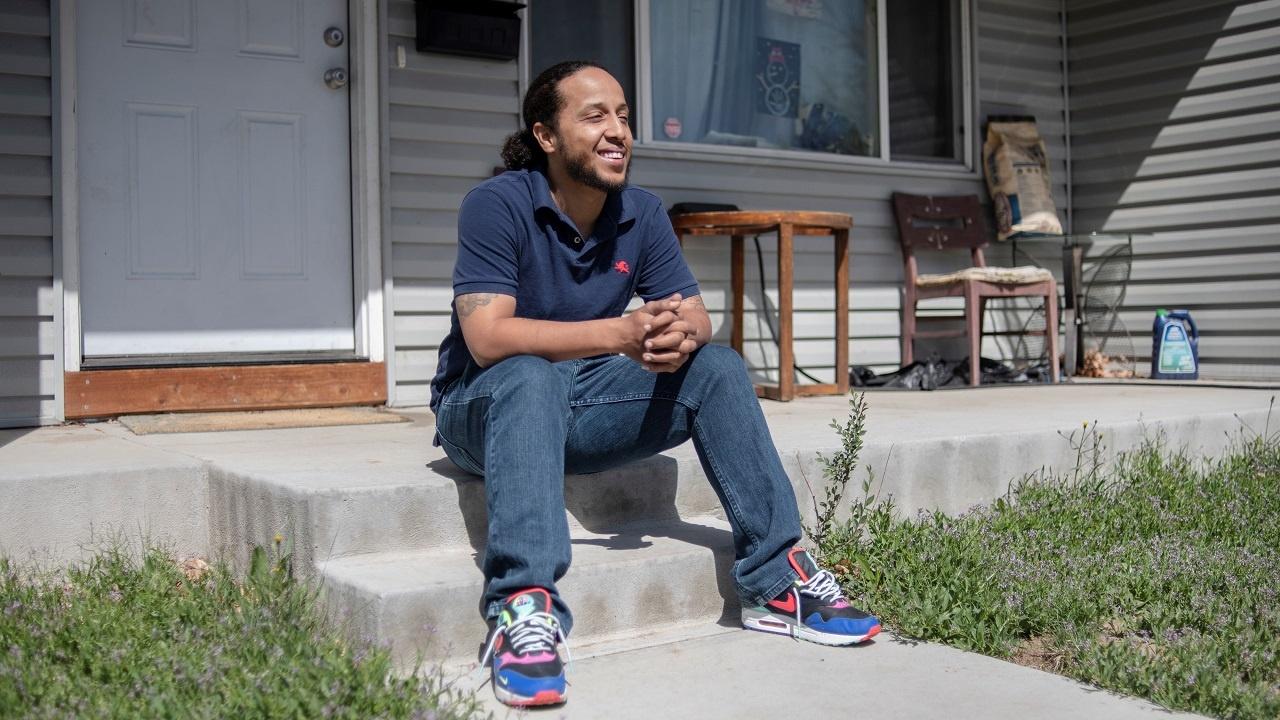 Homeownership gap between white and Latino Coloradans narrows. But for Black Coloradans, its widened 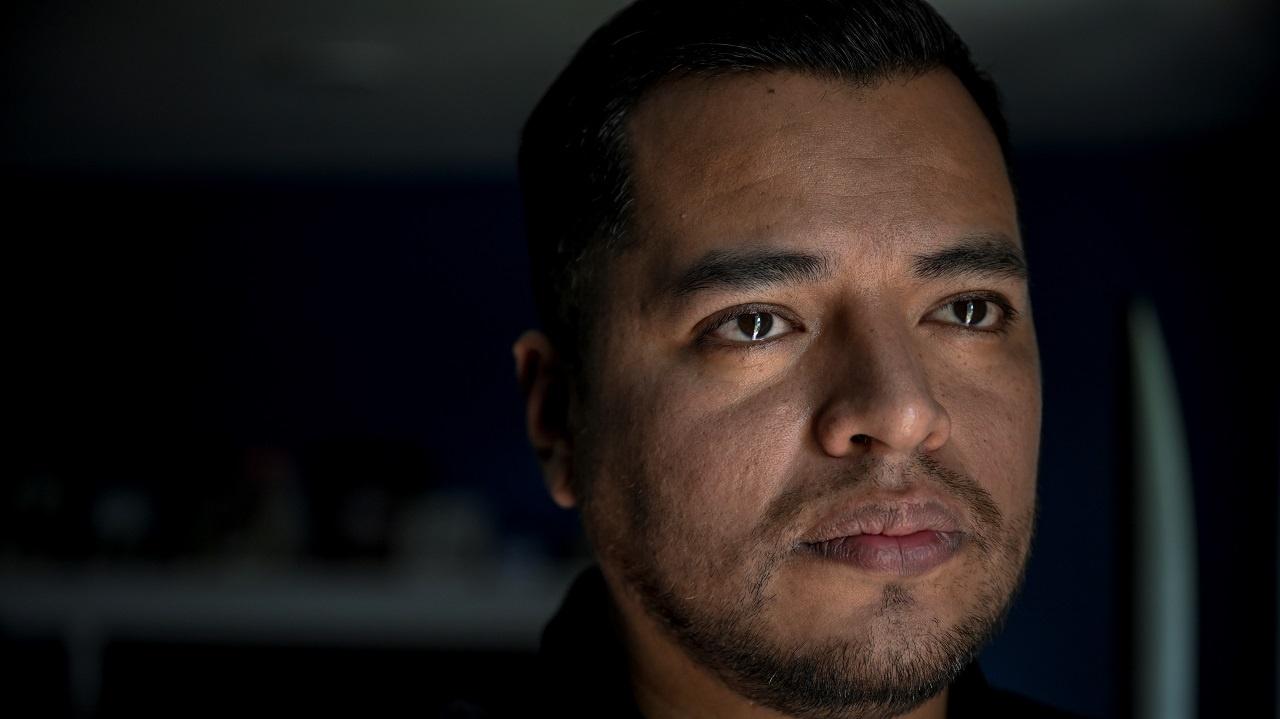