Polls closed at 7 p.m. Tuesday across Colorado in an election that saw record-setting voter turnout.

The Associated Press declared Colorado for Biden just 36 minutes after voting ended, and Hickenlooper was named the winner by AP 42 minutes after polls closed.

In unofficial results Wednesday, Biden was ahead of Trump in Colorado by a margin of 56% to 42% in the presidential race, and Hickenlooper led Gardner by a 54%-to-44% split.

"Tonight, your message is loud and clear — it’s time to put the poisonous politics of this era behind us and come together to move forward," Hickenlooper said in an Election Night statement.

He added: "There’s a lot to do, and Lord knows the system in Washington is a broken mess. But I’m an optimist. I know this country is ready to begin a new chapter."

Hickenlooper thanked Gardner for his service.

In his concession speech, Gardner said: “To all the people who supported our efforts … (Hickenlooper’s) success is Colorado’s success, and our nation and our state need him to succeed. We need to be united together.”

Polls ahead of the election had shown Hickenlooper, a former governor and Denver mayor, consistently ahead of Gardner, a former congressman and state senator.

In the presidential race, Biden beat Trump in Colorado by a much wider margin than Democrat Hillary Clinton did four years ago; she won the state by 4.9 percentage points.

For months, surveys showed Biden leading Trump in the state, with recent polls placing former vice president Biden ahead of the president by an average of 13 percentage points.

No presidential candidate had won such a large percentage of Colorado's vote since 1984, when Republican Ronald Reagan pulled 63% of the state's vote over Democrat Walter Mondale. The last Democrat to top 56% of Colorado's vote for president was Lyndon Johnson in 1964, with 61%.

Colorado until recently was a state that favored Republicans in presidential campaigns, favoring a Democrat for the White House only once in the 10 elections between 1968 and 2004. But since then, the Centennial State has supported Democrats in every presidential election, including Barack Obama twice, then Hillary Clinton and now Biden.

Even while voting was still underway Tuesday, a victory was scored: Coloradans cast more votes in an election than ever before.

Check back with rmpbs.org for results of key Colorado races.

For more stories from Rocky Mountain PBS and our news partners about the 2020 election,click here. You’ll findnational election coverage from PBS NewsHour here. 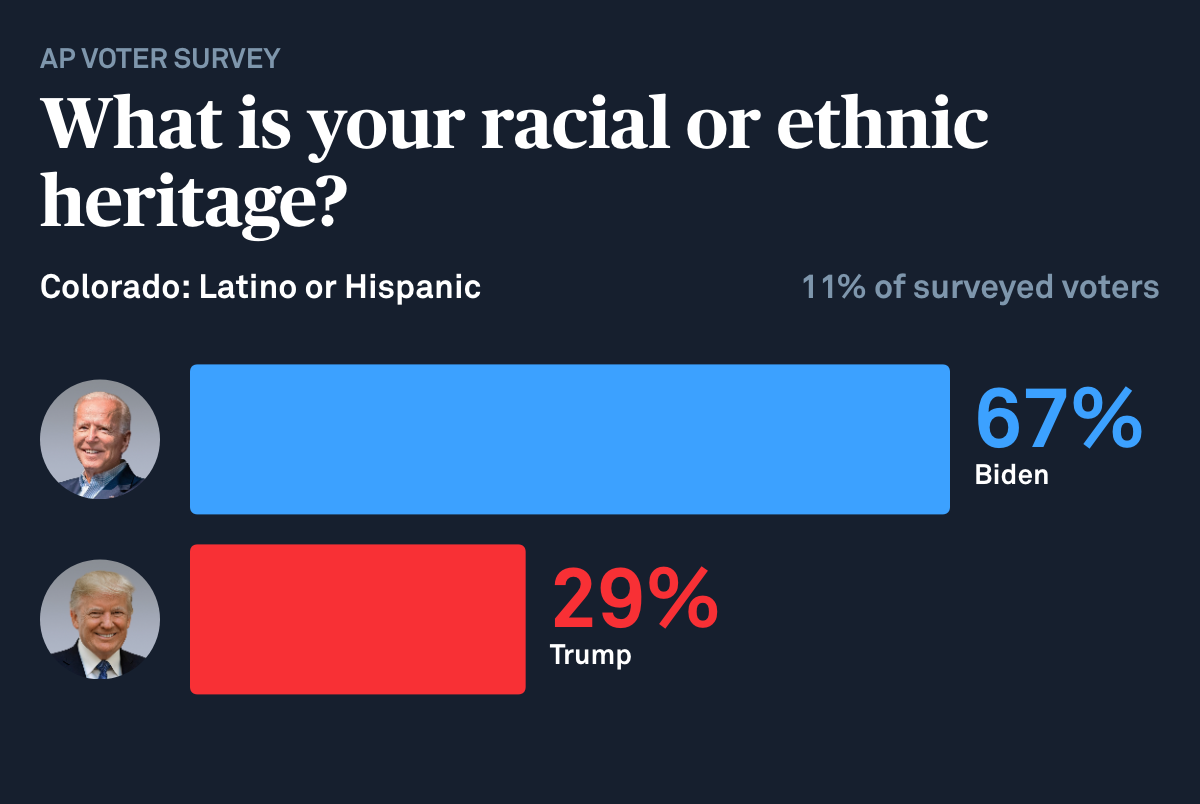 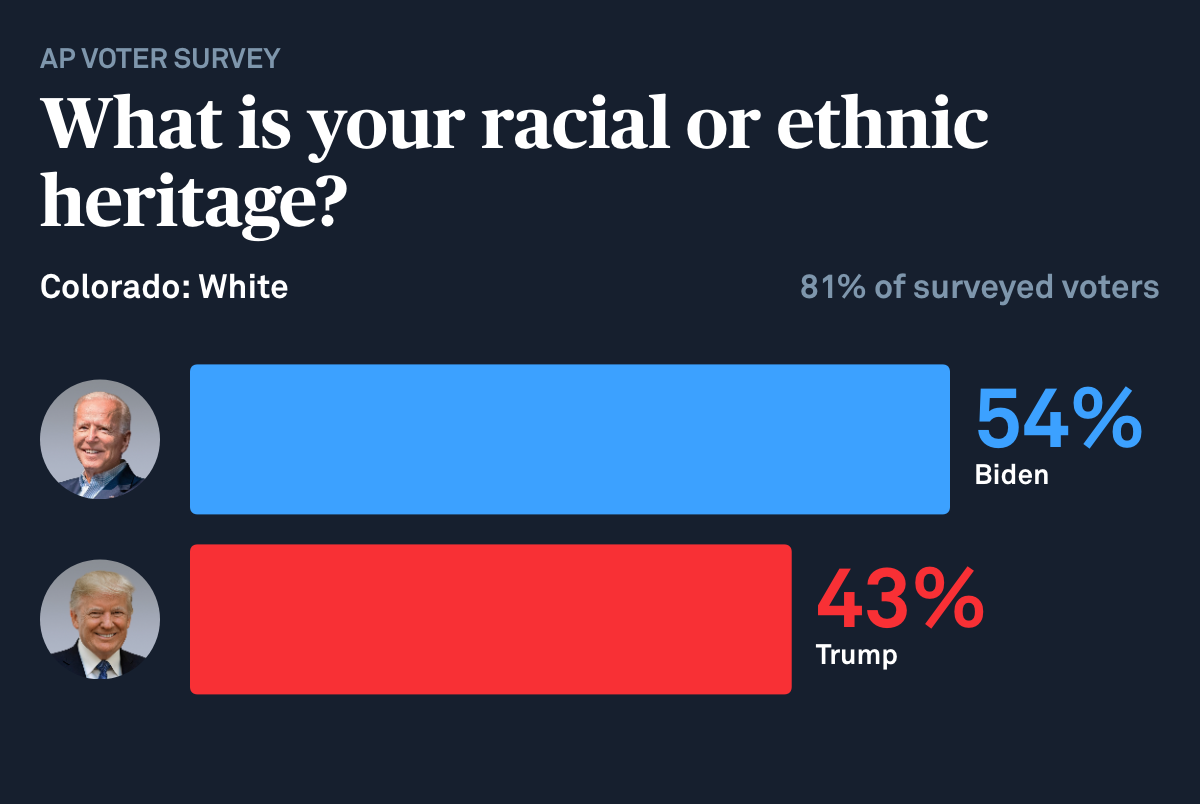 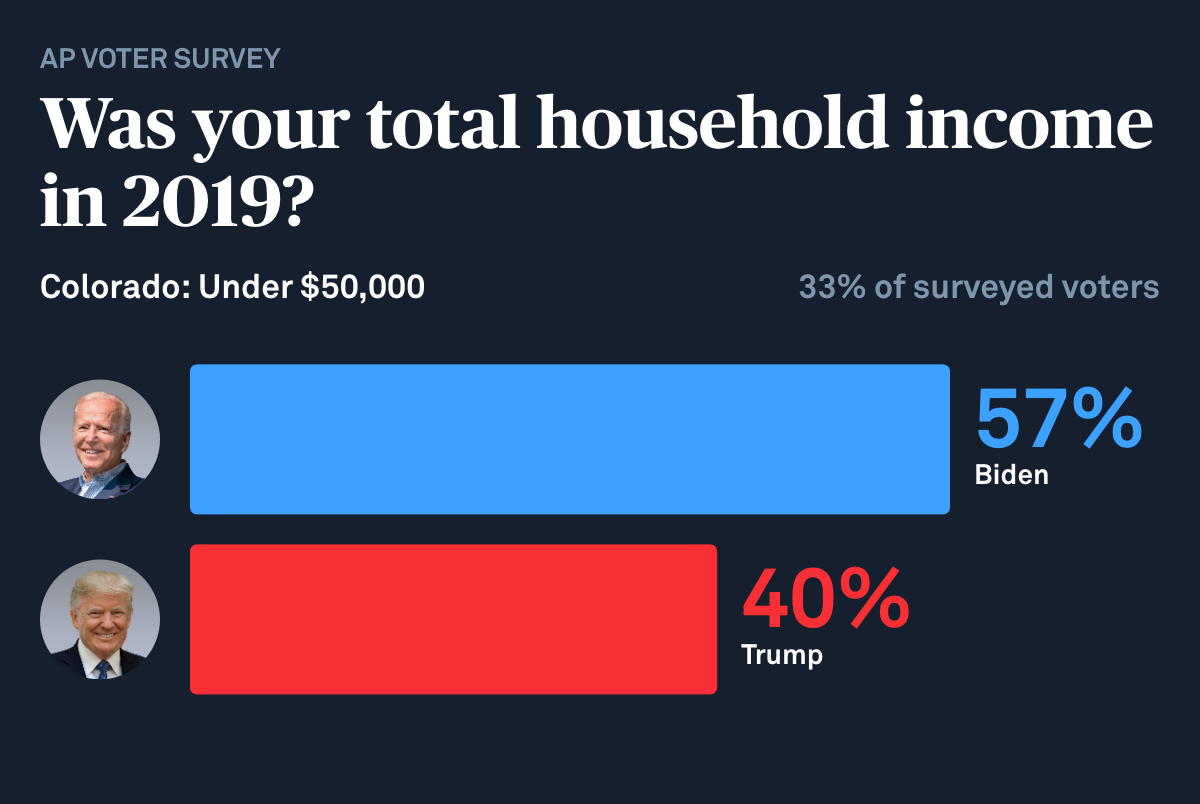