ALAMOSA, Colo. — A motion to safeguard land rights in Costilla County was heard this week in Alamosa Municipal Court.

The two-day hearing underlined friction between staff of the privately owned Cielo Vista Ranch and greater San Luis landowners. The attorneys representing the landowners, the plaintiffs, argued that a “campaign of intimidation and harassment” and “improper restrictions” discouraged the use of the community’s hard-won traditional land rights.

The hearing is the latest chapter in decades of litigation regarding traditional land rights that have been assured three times by the Supreme Court.

Honorable Senior Judge Kenneth M. Plotz received over 12 hours of testimony and statements before finding Cielo Vista Ranch may not restrict access to community members with historic rights to graze livestock and collect timber and firewood on what was once communal land in Costilla County.

In a presentation that showed interactions between plaintiffs and Ranch Manager Carlos DeLeon and DeLeon’s staff—including his sons—rights holders testified they were stopped inside ranch gates, made to give personal information, and received explicit instructions to adhere to rules created by ranch employees. Some reported drones flying overhead and other measures of surveillance, or being approached with holstered sidearms and dogs.

“It makes me feel like a criminal every time I go up there,” a rights holder testified.

At least one witness, a local ranch owner, received a letter serving to limit their number of livestock and location the livestock was allowed to graze. Livestock owners reported being prohibited from shepherding, including camping overnight to protect their flock or herd.

Many witnesses expressed they have been prohibited from scouting for firewood, including entering the ranch to determine where firewood is available within the forest before returning with machinery, tools and help.

Ranch employees also allegedly created stipulations on types of timber that rights holders could choose for construction, such as not picking “green wood” for fence posts. Rights holders were also turned away from the ranch for collecting firewood and timber during times the ranch hosted private hunting parties, testimony found.

Witnesses — some of whom reported not having a heat source other than wood — said they were told not to pick certain kinds of firewood, or made to leave the property or relocate based on the ranch management’s preference.

“That kind of paternalism, I find, has undertones that are highly unacceptable,” Judge Plotz said. He found that rights holders “are often treated as second-class citizens” by representatives of the ranch.

“The contacts are very patronizing,” Plotz said of video evidence.

The judge elaborated on the aforementioned power imbalance: “I’ve been on the bench for a long time, and if anybody has ever watched videos and audios and heard testimony of encounters with the police, they would find, as I do, that those encounters between [ranch employees] are amazingly similar to police encounters with citizens. And I make that specific finding. I find that it is demeaning to the people that are being contacted — and it concerns me.”

“This imbalance serves to power-gate, and I so find,” Plotz determined.

A lack of communication from the ranch was presented over property issues including removal of private gates and fences and construction of new fencing.

Plotz found that surveillance drones, body cameras and electric fences were acceptable for use by the ranch. He called these, as well as the monitoring of rights holders, “reasonable tools” for ranch management.

The defense held that some community members abused access rights, including unauthorized people at the ranch and attempts by the community at hunting and fishing. Both sides reported receiving personal threats. Ranch manager Carlos DeLeon testified that ranch owner William Harrison does not provide instruction on how ranch employees are to interact with those who can legally access the ranch for firewood, timber and grazing.

Harrison, present for both days of proceedings, did not testify.

The history of this land goes back tens of thousands of years to bands of Ute, Comanche, Apache, and other Native American tribes and Indigenous peoples who lived and moved within the region.

Amidst the American Indian Wars  and related attempts at the ethnic cleansing and deportation of First Peoples, settlers primarily of Spanish, Mexican, Native American and Indigenous descent established the region in the late 1840s and early 1850s.

A system of land and water use was put in place within what was then Mexico’s Sangre de Cristo Land Grant, including communal lands and equal access to water for irrigation from a system of hand-dug acequias. Settlers utilized the mountain, called La Sierra, for sustenance, including hunting and fishing, recreation, livestock grazing, and firewood and timber collection.

This communal land system was honored up until the land’s privatization and commercialization in the early 1960s. The first mountain owner began a logging operation, and with it, a property fence. Those whose lifestyle relied on La Sierra adapted to new barriers.

After decades in court, rights to grazing livestock and the collection of firewood and timber were reinstated in 2002.

Today, of Costilla County’s nearly 4,000 residents, 27 percent live in poverty. The median household income is around $31,000 and 63 percent of the population is retired, semi-retired, and/or self-employed. The median age is 52. In 2019, about 70 percent of people self-identified as Hispanic. Testimony from plaintiffs emphasized a livelihood of small-scale farming and ranching operations.

Plotz said he took into consideration the area’s immense cultural and economic histories.

“This is a unique case,” Plotz said. “I think everybody recognizes it. It is founded upon a unique law, and unique rights which were created a long time ago, dating back to 1849.”

“Suffice it to say, this is one-of-a-kind,” he continued.

"There is not equal access to justice in this country," he said, "and in this state, and that remains a problem.”

Cielo Vista Ranch was purchased by Harrison for $105 million in 2018.

Finding “there does need to be a way to safeguard” rights, Plotz gave both sides 90 days to come to an agreement on how access issues will be handled in the future.

“I would hope that both parties can agree on guidelines so that this case does not have to go on in perpetuity,” Plotz said.

“We were very happy with the findings of the judge,” said Shirley Romero Otero, a plaintiff and president of the Land Rights Council. “He was able to see that we have been treated as we feel—as ‘second-class citizens,’ and that the ranch’s behavior was ‘demeaning’ and ‘oppressive’—the words that he used.”

“The judge took it a step further and talked about the imbalance of power,” added Romero Otero. “That has always been the premise of this case, going back to 1960.”

A spokesperson for Harrison said he was “very pleased with the way that the court case went, as it gives both parties some time to constructively engage in an outcome which works for everyone. A positive dialogue taking place, involving the whole community, can only be a good thing—and will result in clarity for all concerned.”

“[Harrison] has great respect for all those in the neighborhood and wants to play his part in the solution,” said Harrison’s representative.

Kate Perdoni is a multimedia journalist with Rocky Mountain PBS and can be reached at kateperdoni@rmpbs.org or on Instagram at @kateyslvls. 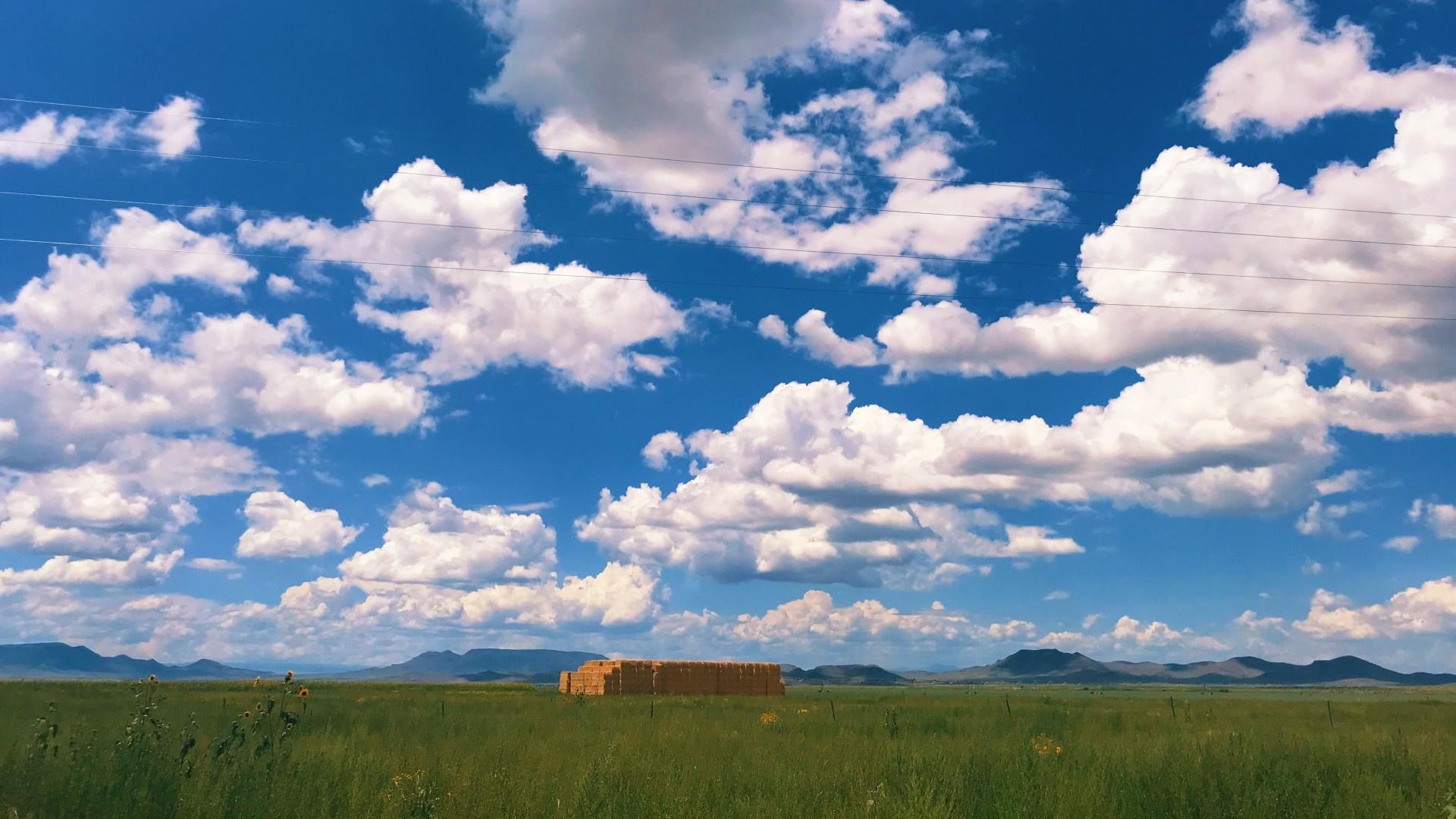 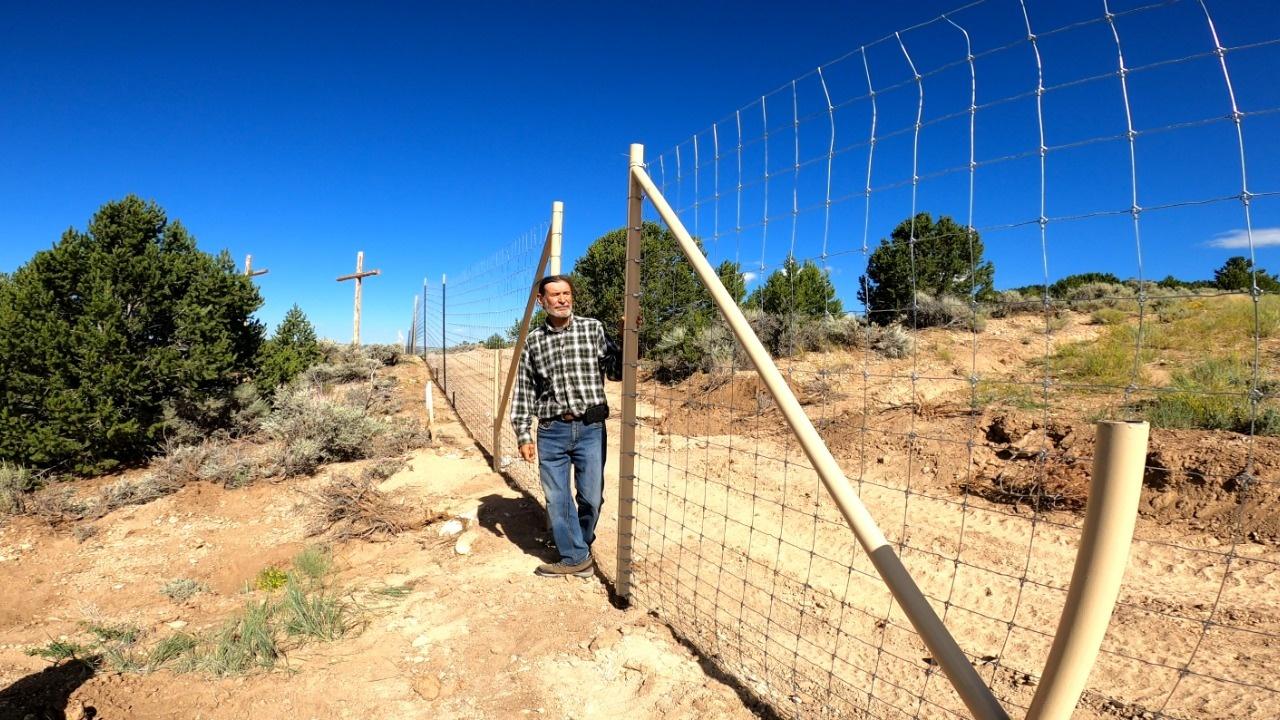