DENVER — Nayeli Sanchez is a fourth year student at Metropolitan State University. She is part of a mixed-status family that came to the Unites Stated from Guadalajara, Mexico when she was a small child.

Despite having grown up in the United States, Sanchez had brushed off her desire to go to college knowing the other challenges her family faced would need to take precedent. And when her mother was diagnosed with breast cancer, she prepared to instead find an under-the-table job that would allow her to help pay the bills. Luckily, Sanchez's mother informed her that she had been saving for her to go to college as a backup plan.

Sanchez was accepted into every college she applied for, but one barrier remained: cost. For many schools, the out-of-state tuition costs were prohibitively expensive, and learning the process of college entry and the terms used while also processing her mother’s diagnosis was an endeavor in and of itself.

MSU emphasizes the importance of immigration services amidst DACA controversy.

Eventually, Sanchez landed at Metropolitan State University of Denver, a public university that prides itself on providing services for students with different levels of citizenship. Thanks to Sanchez's diligence and policies that created ways for her to find financial relief, college remained an option for her. Now, she acts as a peer mentor for other students facing the educational barriers that students who have immigrated or migrated face on a regular basis.

Sanchez’s story is not one that’s unique, and she’s a living example of why concerns are rising over the pending end of Deferred Action for Childhood Arrivals, or DACA.

Sanchez was one of 9 speakers at the Metropolitan State University DACA teach-in. The three-hour-long event provided an educational outlook on immigration, its profound impact on the growth of our society, and the benefits that policies and programs like DACA provide for communities as a whole.

According to Michael Benitez Jr., vice president of Diversity and Inclusion for MSU Denver, the intention of the teach-in was to create “a critical educational space to examine immigration in relation to history, to culture, to law, to economics and education. Part of this includes offering data-informed understandings that offer very clear and concise information on DACA.”

Benitez continued by stating that “DACA is of utmost importance. It’s important to have this information so that we can make not only informed decision, but that we truly honor the idea of this thing that we sell as an ‘American Dream.’”

The Threat to DACA

DACA was established in 2012 under the Obama administration. It was created as a mode of protection for people who immigrated to the Unites States as children. While it doesn’t grant them citizenship, it allows them to apply for things like social security cards, drivers licenses and work permits. As of now, it is estimated to have protected around 600,000 immigrants from deportation.

Since its establishment, DACA has been the focal point of many debates. In July of 2021, The U.S. District Court for the Southern District of Texas ruled that DACA was passed unlawfully because it was not subjected to the federally required public notice and commentary period.

In October of this year, the Federal Court of Appeals for the 5th circuit affirmed the Southern District of Texas ruling. According to the U.S. Citizenship and Immigration services, “We will also continue to accept and process applications for advance parole for current DACA recipients, and we will continue to accept but not process initial DACA requests. DHS is currently prohibited from granting initial DACA requests and related employment authorization under the final rule due to the Oct. 14, 2022 order issued by the U.S. District Court for the Southern District of Texas, which extended its injunction and partial stay to the DACA final rule.”

While the current DACA participants will continue to receive protections for now, pending applications are left in limbo while more decisions are left to be made.

In a letter sent to congressional leaders Nov. 29, Colorado Governor Jared Polis urged Congress to codify protections for DACA recipients. According to Polis, there are more than 14,000 DACA recipients in Colorado.

"As of 2019, only 64% of DACA-eligible immigrants in Colorado had applied for the protection, and the litigation which has stopped all processing of new applications is harming Colorado’s economy," the governor's letter reads. "Colorado needs workers to fill the labor shortages that are in our state.”

You can read the full letter here.

Highlights of the DACA teach-in

During the Metropolitan State University DACA teach-in, the benefits of DACA and other immigration services were examined from various crucial lenses: historic, economic, legal and educational.

Jennifer Seman took the audience back in time to before physical borders between Mexico and the U.S existed, highlighting the process both countries had undergone in determining property lines and the institutionalized racism that developed in the process. Seman also highlighted the various contributions immigrants had made in building our country despite the rampant discrimination they faced.

Jiménez shared the history of immigration law from a local lens, and where we stand now. He touched on the fact that while there are options for people to obtain citizenship, the laws are very complicated and require a legal professional to be properly navigated.

Burton shared DOIRA’s role in Denver, and Denver’s role nationally when it comes to acknowledging and enforcing federal immigration laws. She shared that Denver is a member of Cities for Action (C4A), an alliance of around 180 U.S mayors advocating for pro-immigration policies.

As part of the commitment to pro-immigration policies, programs like the Denver Immigrant Legal Services Fund (DILSF), which provides money for nonprofits that provide legal guidance and assistance for those seeking citizenship, were established.

Other resources for undocumented people highlighted by Burton include: Undocuhub, Colorado Rapid Response Network and United We Dream.

Padilla shared statistics showing  that DACA recipients, often called DREAMers, contribute positively to our economy in ways such as purchasing health insurance while not necessarily being more inclined to use it, as well as purchasing homes to contribute to the housing market.

Upon receiving DACA protections, these individuals were able to participate in the labor force, contributing to lower unemployment rates. Their ability to receive fair wages helped with economic flow and the reduction of poverty-based crime. Padilla also laid to rest the myth that immigrants are taking advantage of public services such as Welfare because, simply put, they don’t qualify.

Padilla also examined the costs that eliminating DACA would incur on a state, business and individual level due to the loss of the benefits DACA had established.

When addressing the root cause of immigration, Padilla shared the United States has contributed greatly to the need for people to immigrate due to the policies we’ve implemented in other countries that cause an increase in tensions and violence.

Mora echoed Padilla’s sentiments and added, “There are very few things economists agree on. Few would disagree on the benefits of immigration.”

The final panel shared an educational standpoint on immigration, particularly the role of education in forming policy. 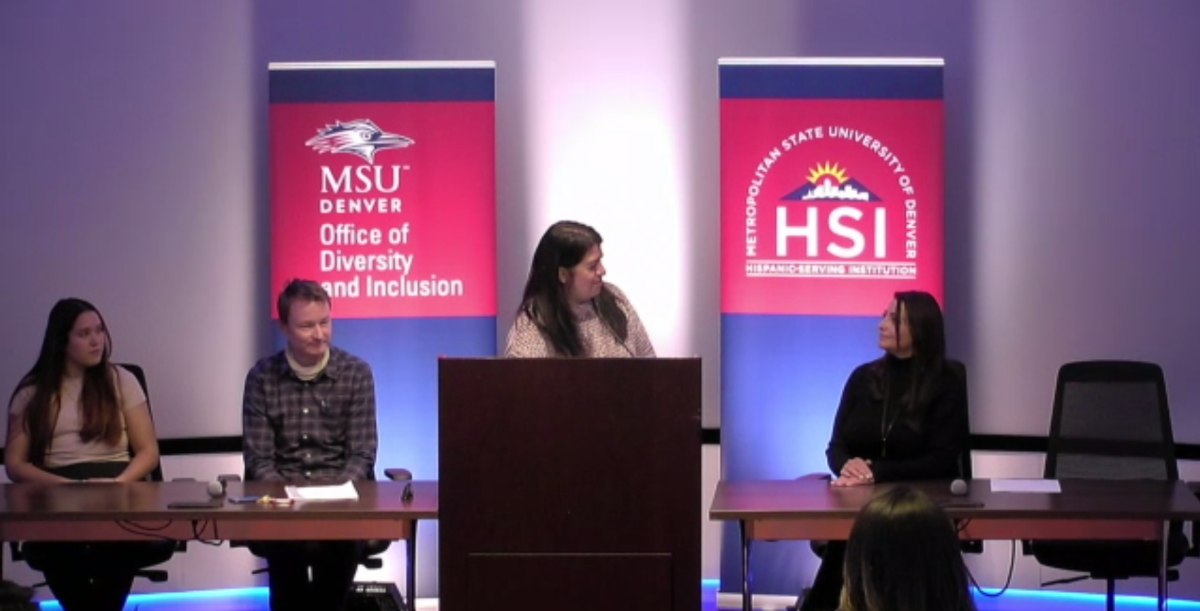 Gregor Mieder, the director of Immigration Services at MSU, said that while the university has provided support for the immigrant and migrant communities, there is still more work to do. His suggestions included a fellowship program with minimal restrictions, continued education for staff and faculty regarding the needs of DACA students, and by viewing itself as not only an educational institution, but a resource for the undocumented community as a whole.

Before Nayeli Sanchez concluded the meeting with her poignant story, DeAnna Castaneda, program manager for the Colorado Department of Higher Education dug into programs and policies that have already been formed to support undocumented people. This included the Colorado Application for State Financial Aid, or CAFSA (HB 19-1196), which Sanchez was a recipient of. Castaneda also covered aspects of SB 13-033 which allows undocumented students who attended high school locally to receive in-state tuition.

HB 19-1196 happened to have been signed by Gov. Polis at MSU Denver, an event Nayeli Sanchez was able to bear witness to.

“It’s not just about signing a document saying ‘okay, next,’" Sanchez said. "You’re actually signing off on a person’s life.”

Elle Naef is the digital content producer at Rocky Mountain PBS. You can email her at ellenaef@rmpbs.org. 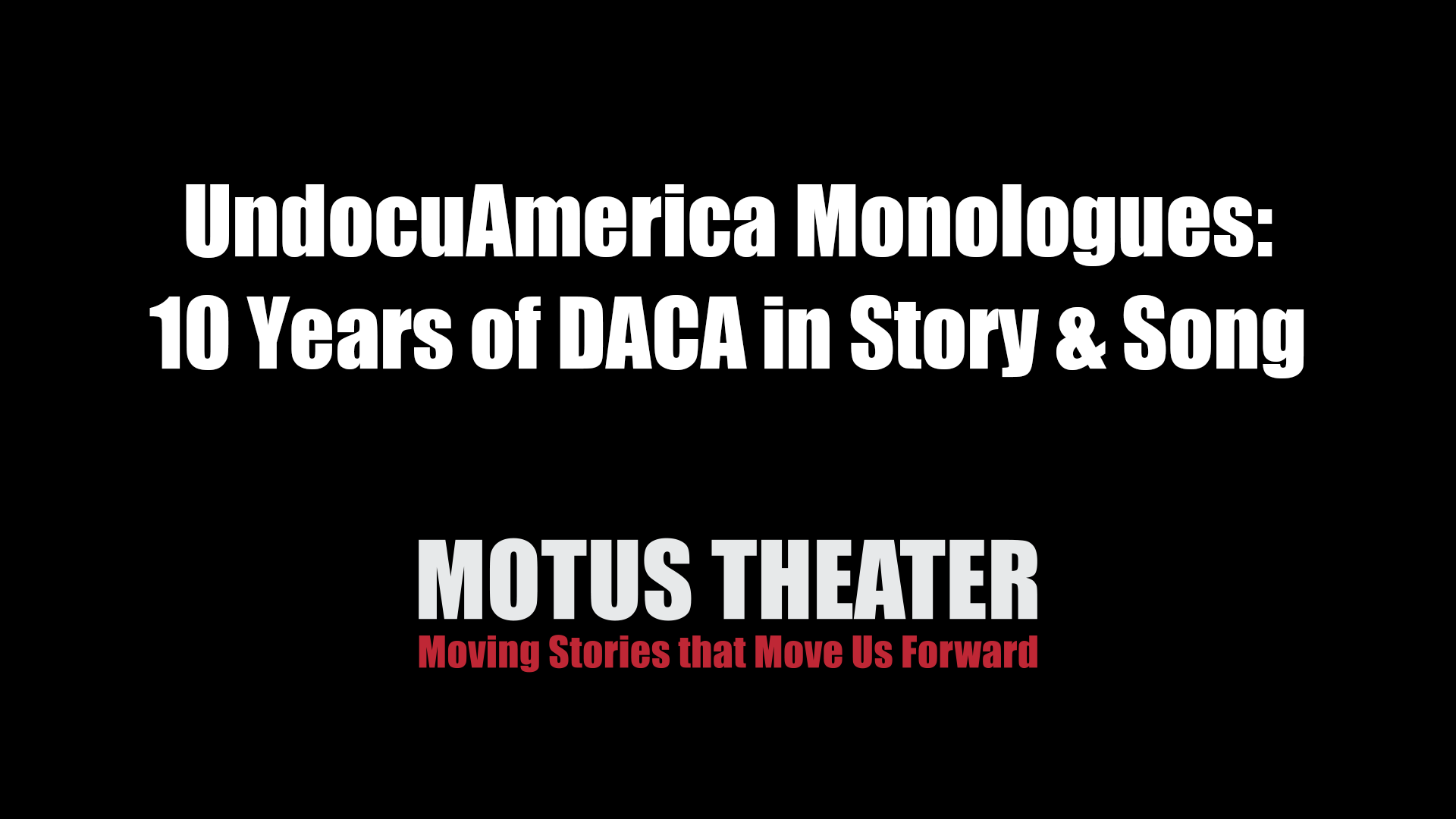 To commemorate the 10-year anniversary of DACA, Rocky Mountain PBS published an online broadcast of “UndocuAmerica Monologues: 10 Years of DACA in Story and Song,” a production of the Boulder-based Motus Theater.