Marshall Fire aftermath: Evacuees wait to learn the fate of their homes

SUPERIOR, Colo. — On the side of Highway 128 near McCaslin Boulevard, Colorado families gathered on New Year’s Eve with one goal in mind: to find out if they still had a home.

The night before, a grass fire—now officially known as the Marshall Fire—ripped through Boulder County, incinerating nearly 1,000 homes in Superior and Louisville. Both towns were evacuated, and residents have been told not to go back to the area while first responders continue investigating and surveying damage.

The fire covered acres of land in a matter of seconds, officials said, and eventually burned about 6,000 acres. Two people are still reported missing, a woman from Superior and a man in the Marshall area. The search for them continues as the snow created more challenges. Boulder County officials said as devastating as it is to have two missing from the fire, it's a miracle it isn't more being this is the most damaging fire in state history in terms of houses destroyed.

From the overlook on Highway 128, onlookers and evacuees tried to discern if their home was standing.

“I see families that just had Christmas and New Year’s robbed from them,” said Samuel Wynne as he looked out over the damage of Superior’s Rock Creek subdivision.

Thousands of Coloradans are learning if they still have homes

Wynne lives with his wife and five-month-old daughter in a neighborhood just south of Rock Creek. The family evacuated ahead of the fire and were fortunate not to lose their home.

Wynne became emotional as he described families who lost things such as photo albums or swing sets in their backyards.

“It just feels weird that there’s no blame, there’s no justice,” Wynne said. “It just hurts.”

Another man, who preferred not to be identified, told Rocky Mountain PBS that he grew up in Superior, and that his parents still live in his childhood home. When we spoke with them, he still didn’t know if the home was standing. But his anxiety was clear, as he crouched to the ground and put his hands over his face. His hometown continued to smolder.

“It kind of hit me when I got up here that this is my town and it’s going to be a long time until it gets back to normal,” he explained. “It’s my parents' house that might be gone, my friends' houses that I know are gone [...] It’s hard to really grasp, even looking at it.”

As is often the case with natural disasters, there were many close calls with the Marshall Fire. Some houses still stand mere feet from where the others turned to ash.

Disregarding evacuation orders, Rick Carollo tried to make sure his brother’s house in Superior (and his cat) survived the fire. Before the fire started, Carollo’s brother left for an out-of-town trip, leaving behind his cat, Peanut. Carollo and his wife went to his brother’s house, rescued Peanut, turned off the house’s water, and left. Aerial footage shows most homes in that neighborhood—near Founders Park in Superior—completely destroyed.

“Everything else around it? Total devastation,” Carollo recalled. “The destruction was complete, all the way to the foundation.”

Despite the devastation and initial feelings of helplessness—the arid grass and hurricane-grade winds made firefighting near impossible—Coloradans quickly rallied to help their neighbors, raising hundreds of thousands of dollars in relief efforts and making sure evacuees had a place to stay.

“I think we’re unifying over brotherly love, and a capacity to just understand and put ourselves in other people’s shoes,” Wynne said. “I think it’s bringing us closer, which I know that’s sort of the spirit of Christmas as well.” 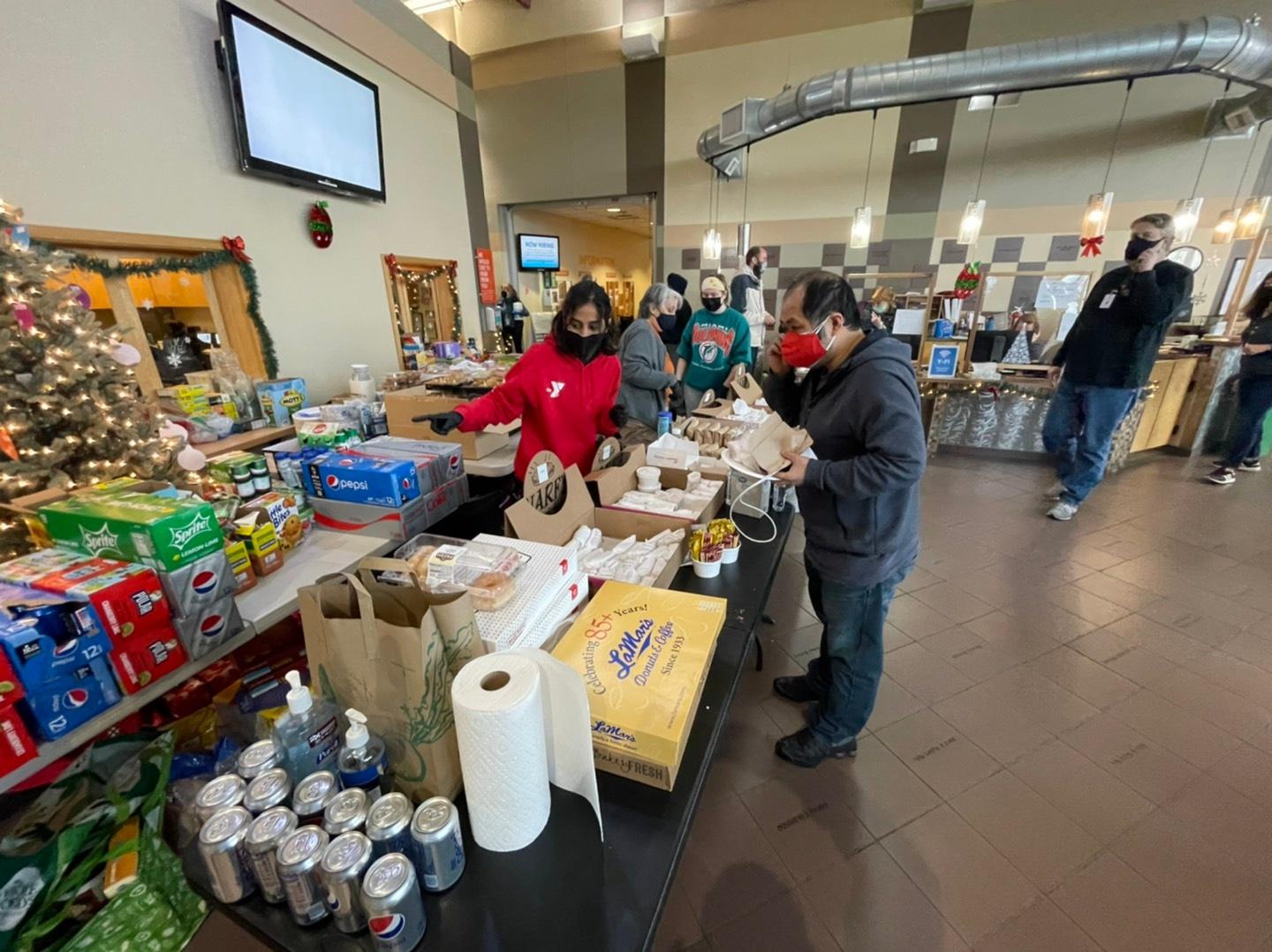 How to help victims of the Marshall Fire