DENVER — On April 25, Governor Jared Polis signed HB22-1295 into law, which designates the implementation of early childhood programs to the new Department of Early Childhood and creates the free Colorado universal preschool program.

The program will provide at least 10 hours of free preschool per week for Colorado four-year- olds starting in 2023 and aims to save Colorado families $4,300 per year, on average.

In his speech, Polis highlighted the Department of Early Childhood, which is intended to serve as a simple, single point of entry for Colorado families navigating the early childhood system.

According to the Colorado Children’s Campaign, quality early childhood care and education influence the development of cognitive skills, social-emotional skills and character skills.

“As a parent, I want you all to know how much this means to young families throughout Colorado,” Clayton Early Learning parent George Davis said. “I’m proud and grateful to live in a state where a single working father like me can have a voice in this process that puts children and families first.”

In 2020, Coloradans voted to approve Proposition EE, a ballot initiative that sought to increase taxes on nicotine products and use the generated revenue towards various health and education programs, including preschool funding.

Following the vote, legislators passed a bill establishing the Department of Early Childhood and charged the agency with implementing universal preschool, improving education outcomes and supporting families in expanding access to enriching early childhood experiences. The bill is also known as the Anna Jo Haynes Act, named after the longtime advocate of early childhood care and education.

Anna Jo Haynes thanked the advocates that have been working for years on improving early childhood care and education.

“After all of these years, it was democracy in action — people from every facet of this diverse arena — saying we can do this, we are doing this, for the greater good. Today, we make Colorado a model for the rest of the country to follow,” said Haynes. 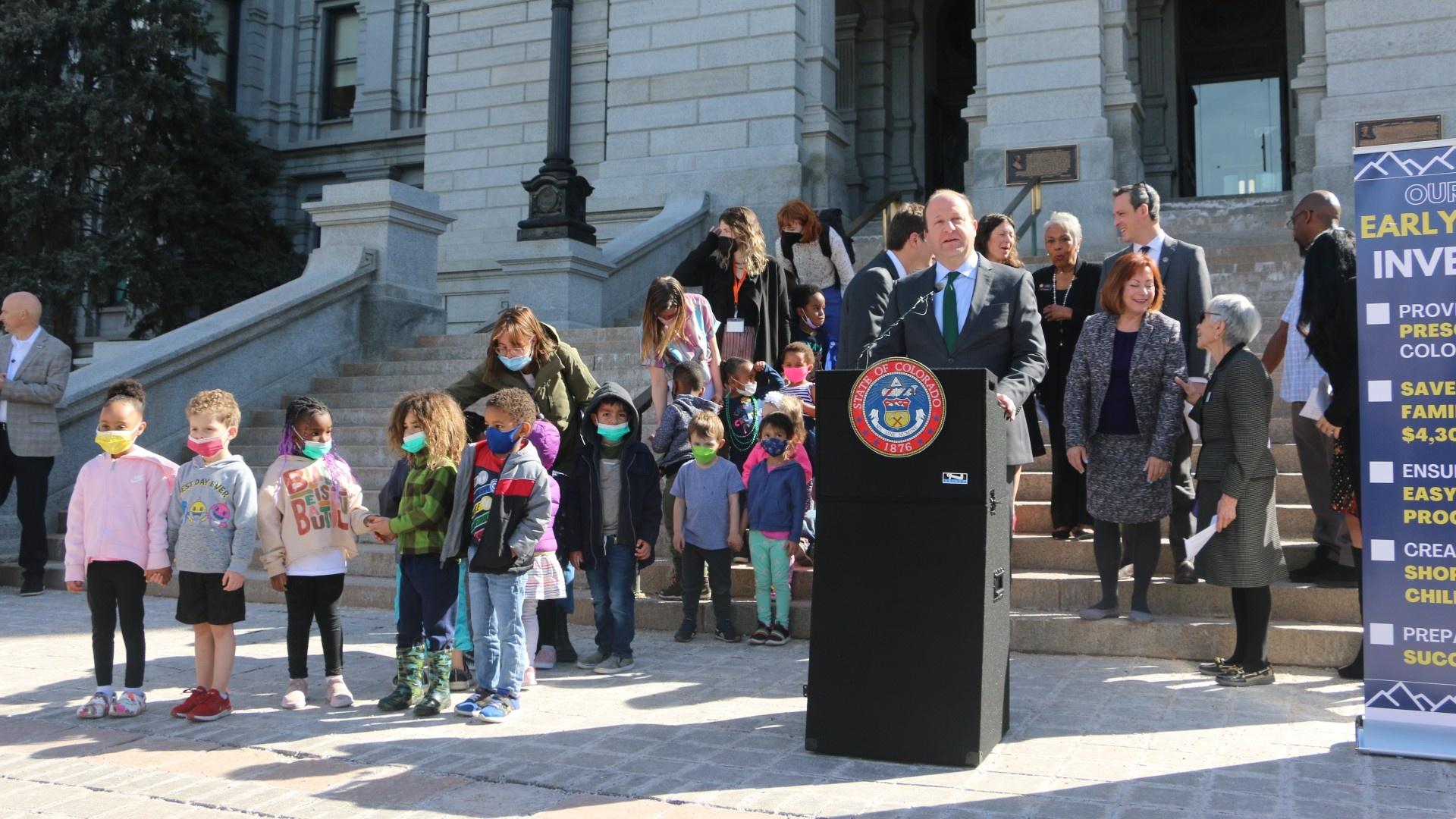