DENVER — After more than five million people signed a petition asking for a reduced sentence or release for Rogel Aguilera-Mederos, Governor Jared Polis has reduced the for truck driver's sentence from 110 years to 10 years.

A judge sentence Aguilera Mederos, 26, to 110 years in prison on December 13, 2021 after he was convicted for causing a large crash that killed four people and hurt six others on Interstate 70 west of Denver in April of 2019.

The Denver Post reported the district court judge wasn’t allowed to give a lesser sentence to Aguilera-Mederos because of mandatory minimum sentencing laws.

Polis explained his decision to reduce the 110-year sentence in a letter to Aguilera-Mederos.

"While you are not blameless, your sentence is disproportionate compared with many other inmates in our criminal justice system who committed intentional, premeditated, or violent crimes," the governor wrote.

You can read the full letter to Aguilera-Mederos here.

#Breaking: @GovofCO has reduced Rogel Aguilera-Mederos' sentence from 110 years to 10.

Here is the letter Polis wrote to Aguilera-Mederos.

Immediately following the news of his sentencing, an online petition was organized asking Polis to grant Aguilera-Mederos clemency or offer commutation for time served. The week of December 20, two different rallies took place at the Colorado Capitol building asking for the same thing.

At the December 22 rally, Aguilera-Mederos' mother, Oslaida Mederos, spoke to supporters through tears and begged to see her son again.

"I will die if I don't see my son soon," Oslaida Mederos added.

State lawmakers, like State Senator Julie Gonzales (D-Denver), also spoke in support of Aguilera-Mederos, saying his long sentence adds to the tragedy of the whole incident.

Aguilera-Mederos testified that the brakes on his semitrailer failed before he crashed into stopped vehicles on I-70. Prosecutors argued he could have used one of several runway ramps as his truck came down from the mountains. Investigators said he was traveling at least 85 miles per hour.

Aguilera-Mederos spoke through tears at his sentencing asking the families of victims for forgiveness.

“I am not a criminal,” he said. “I am not a murderer. I am not a killer. When I look at my charges, we are talking about a murderer, which is not me. I have never thought about hurting anybody in my entire life."

This is a breaking news story. It will be updated. 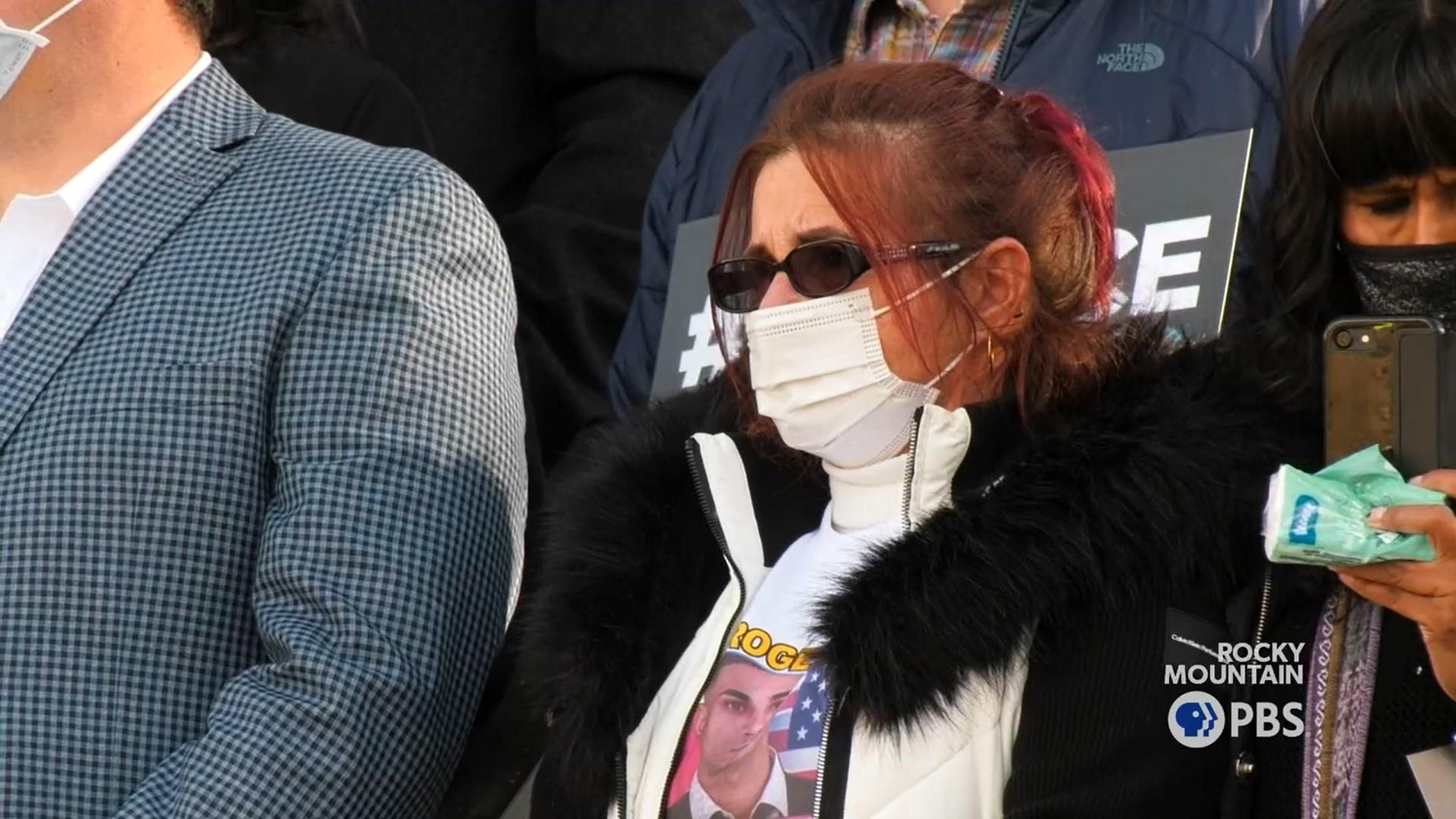 'I want to see my son:' Mother of Rogel Aguilera-Mederos speaks at rally for clemency

For the second time in one week, supporters for Rogel Aguilera-Mederos gathered on the steps of the Colorado state Capitol building, calling for either clemency or commutation for the 26-year-old's 110-year sentence.