DENVER — The "American dream" is not a cliché for 34-year-old Kim Duby or 22-year-old Rachel Kelalu.

“I wasn’t protected enough where I was. I felt unsafe, but I feel safe in the United States,” explained Kelalu.

“With the democracy in this country we have human rights, we have a voice, and we have freedom that not a lot of countries have,” added Duby.

Kelalu was born in the Democratic Republic of Congo and escaped political unrest there when she was 10 years old by moving to Mali. She arrived in the United States five years ago as an unaccompanied refugee minor. Now, she is an American citizen and is excited to vote for the first time in the midterm elections.

Meet two new U.S. citizens who are excited to vote in their first election.

“It’s not only the votes that matter, but contributing an educated vote matters, and I feel like it’s important because I need a candidate who will represent my ideals and support my interests. That’s why important for me to raise my voice,” Kelalu said while filling out her first voting ballot.

Duby, from Vietnam, has lived in the United States since 2014. She became a citizen in September of 2022 and explained why it’s important for her to be able to vote, this also being her first time.

“Why I care about voting is the voting isn’t only for myself, but for my generation, my children [and] my grandchildren,” she said.

Duby said that voting is one of the most important ways she can participate in a democracy.

Both women live in Warren Village, which provides transitional and affordable private housing for single-parent families.

Kelalu is a full-time nursing student and has a daughter who is almost 18 months old.

“It’s stressful,” she said with a laugh. “It’s a lot; you have to do a lot of research and lots of reading when you major in nursing. But there will be a time when this country expects me to contribute so that’s why I have to focus and know exactly what I’m doing.”

Duby is working toward a master’s degree in IT management and has a seven-year-old son.

“I already feel like the U.S.A. is my home country. I love the people here," Duby said. "I love how people here have helped me so that I can go back to school to get a degree. I have an opportunity to upgrade my life.”

And part of upgrading her life is being able to take part in a democratic process. Duby said that she voted the same day she received her ballot in the mail.

“Right now," she said, "I’m very happy because my voice can be heard.” 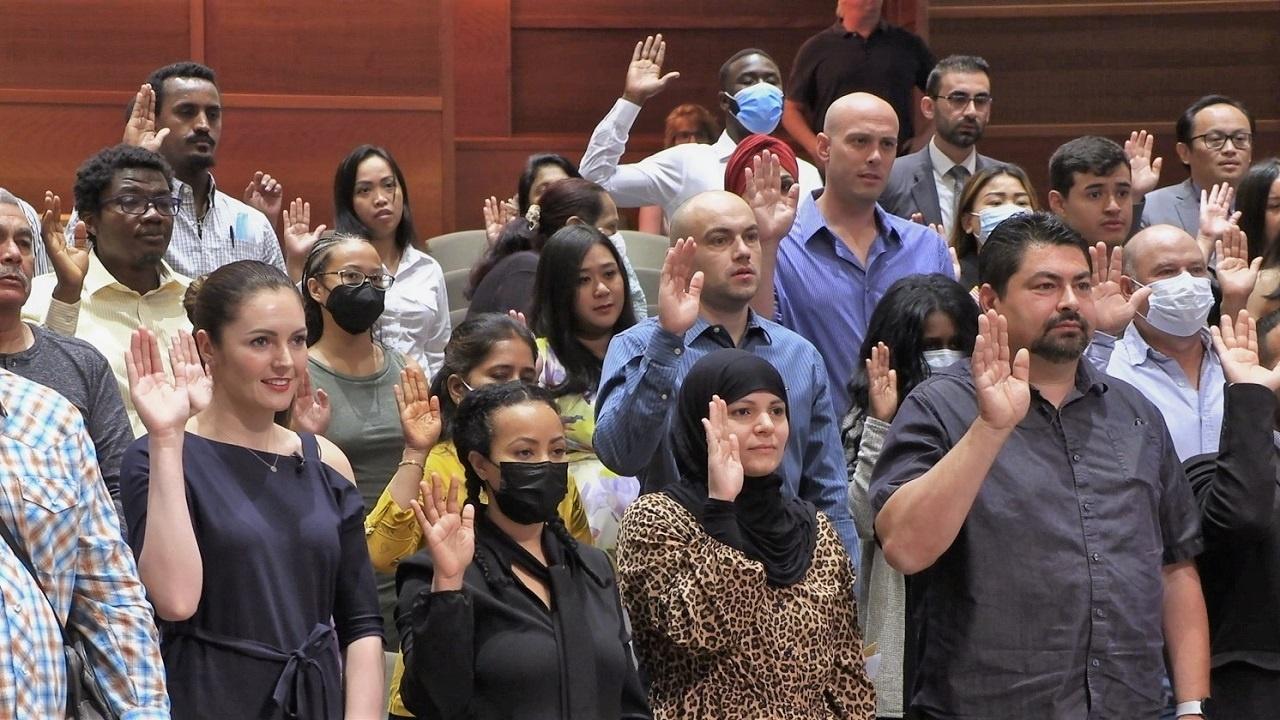