That’s the chief culprit for the labor woes hitting Aspen and other mountain-town communities in the West, anyone will tell you. The shortage has made it even more difficult for local employers — whether they need people to fit ski boots or pour cocktails — to find workers, and it will be here when the ski lifts begin cranking later in November.

Skyelar Hart, who manages a retail store in Aspen, is familiar with both challenges — hiring workers for her store and finding housing for herself.

As the regional manager of Aviator Nation, Hart needs experienced retail employees to fill open positions at the downtown clothing store in time for ski season. Both Aspen Mountain and Snowmass Ski Area are scheduled to open Nov. 25; Aspen Highlands and Buttermilk have Dec. 11 set as opening day.

“Right now, it’s mostly high school students,” she said of the store’s staff. “And we need adults and we need people who can work in the morning and day and Monday through Friday.”

Yet as someone who is “actively looking to move back” to Aspen after leaving in March due to the pandemic, Hart also is finding it virtually impossible to find housing that she can afford, while meeting other financial obligations, in the seat of Pitkin County.

“Part of the reason I’m moving back is my company offered me more money to move back, but even if they offered me a higher salary, there’s nothing available at this point,” she said. “It doesn’t matter what I make.”

The Mountain Migration Report, released in June, tapped into the very issues that are vexing Hart. The report attributed the surge of people relocating to Colorado mountain towns because of the pandemic, as well as civil unrest, to escalating housing prices and withering inventory. It also noted the ability of “location neutral” employees to pay lofty rents on the free-market, and visitors to places like Aspen stretching their vacations into seasonal rentals. It all adds up to a squeeze on available housing for workers.

“High part-time resident demand for homes, visitor demand for vacation rentals, and investment buyers were all competing for the scarce housing inventory with residents who make their living locally,” the report said. “The increased housing demand fueled by the ability to work from home and, to a lesser extent, COVID fears and civil unrest, has further added to this competition, causing an explosion in home prices and plummeting inventory.”

Colorado’s seasonally adjusted unemployment rate fell from 5.9% in August to 5.6% in September, according to the Colorado Department of Labor and Employment. September figures aren’t currently available for just Pitkin County, but non-adjusted seasonal data for the summer months showed a workforce that grew one month and shrunk the next.

In August 2019 — before there was a global pandemic, which led to the suspension of J1 worker visas, a moratorium on evictions and foreclosures, business shutdowns and the creation of a federal stimulus-check program to help people financially struggling — 10,964 people among Pitkin County’s workforce of 11,212 had jobs, reflecting an unemployment rate of 2.2%.

“There are layers of reasons — the lack of J1 visas, and the stimulus checks may have caused people to have fatter wallets and they don’t need supplemental income, and it’s difficult to find housing,” said Tom Engleman, owner of A La Car Restaurant Delivery Service in Aspen. “And people are changing professions. Long-time restaurant workers might be trying another path in life.”

The limit on J1s will be lifted in November, along with a travel ban on visitors from 33 countries.

In the meantime, whether they’re staying in short-term rentals or signing leases for six months or one year, the new wave of inhabitants in Aspen and other ski towns aren’t on the payroll of local employers, yet they “outcompete local workers for housing,” said the Mountain Migration Report. “This hurts the ability for local businesses to find, keep, and attract employees, lowering the level and quality of services they can provide to residents and visitors alike. This has been a struggle for resort communities for years; and is primed to get worse, at least in the near term. Businesses, existing residents, and communities may face a tough transition in the years ahead.”

And whereas workers used to be able to pool their money for a rental, those days are gone, noted Aidan Wynn, floor manager at Mezzaluna in Aspen.

“You’d get four or five people in a three-bedroom house, and they could make rent work,” he said “Now you get a professional couple from somewhere else and they can easily afford $2,500 themselves.”

Customer service in Aspen, a service town no less, also has suffered because of the staffing shortage. Restaurants and retailers are operating on limited hours, some closing on days they’d normally be open, others eliminating popular offerings to ease the strain on their overworked staffs.

Management at Mezzaluna had to cut the downtown Aspen restaurant’s happy hour just so its staff could keep pace with their work demands. While keeping happy hour alive would have made the restaurant more profitable, its owners also recognized the importance of staff morale, Wynn said.

“The staff desperately needed a break, especially in the kitchen,” said Wynn. “They were getting hammered at lunch, and then happy hour would come and that’s right into dinner. When you’re running a staff of people working doubles, they effectively shut down the kitchen between 3:30 and 5 and allowed everyone to get caught up.”

The second Mezzaluna, located at the Willits commercial area in Basalt, also closed on Thursdays due to staffing. Wynn, however, said he considers the Mezzaluna restaurants to be in better staffing shape than other places simply because of loyal employees and supportive ownership. The ownership also took Mezzaluna workers to Las Vegas earlier this month as a show of appreciation.

Yet they still have hiring challenges, especially for bus help and food runners, he said.

“The problem is not the waiters because they’re making $250 a night. It’s the busboys and food runners,” he said, noting many of them this summer were teenagers now back in school.

Engleman said restaurants participating in his food service delivery occasionally have to back out because they’re too busy.

“Some restaurants can’t operate at full capacity, so they can’t handle more off-premises business,” he said.

While restaurants have hiring challenges, it’s even more so for retailers because of pay, Hart said.

“I think COVID pushed a lot of people out of this valley, like myself,” she said. “I had to relocate temporarily and other people probably relocated permanently. And the service industry workers, I applaud them. As a server or bartender, you can make so much more money than you can as a retail employee, even if I offer $25 an hour.”

New restaurants also are coming to town this winter and they’re trying to fill positions. One example is CHICA, which is owned by 50 Eggs Hospitality, the operator of restaurants in Las Vegas and Miami that is advertising employees $500 sign-on bonus and $200 referral bonuses. The company announced in October it had 103 positions, part- and full-time, to fill at its location inside the Residences at The Little Nell.

“Other incentives include competitive pay; health, dental, and vision benefits; a Safe Harbor 401K plan; flexible schedules; daily family meals and more. Housing assistance is available to management positions. Opportunities for continued growth and development include options to open new restaurants, relocation for new positions and travel to work with the task force,” the company said.

“We’ve had large reports of rudeness and entitled behavior,” she said as part of a question posed to a speaker at the Tourism Town Hall held Tuesday and put on by the Aspen Chamber Resort Association.

Frank Cuypers, chief strategist with Destination Tank, which is helping ACRA with its new destination marketing plan, urged the community to be clear with its visitors about behavioral expectations.

“Respect your local people and if you don’t, we might have a problem,” he said. “Because that’s our value and we respect these people.”

Some of Aspen’s largest employers also have implemented vaccine mandates for their staff. Aspen Valley Hospital recently had to let go of eight employees because they would not get vaccinated. It is posting for those jobs and others, with roughly 50 to 60 available openings, said hospital CEO David Ressler.

Patient and customer service “fortunately not” has declined, he said.

“Our employees have pulled together holding our service together,” he said.

Unlike a number of other hospitals where the pandemic-fueled demands led to staff burnout, AVH has not experienced that same level of overall employee fatigue, Ressler said.

“We are, I would say, in many respects in a better position that some of our peer hospitals,” he said. 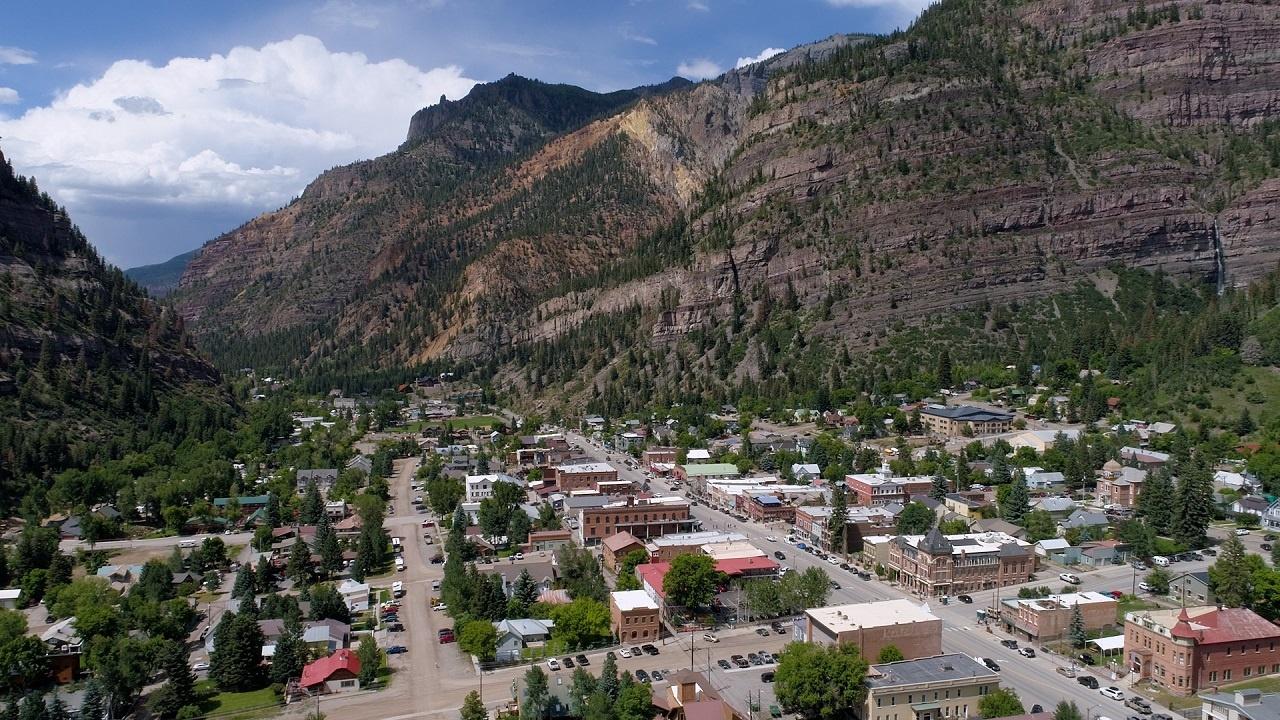 The 2021 elections lead many mountain towns to pass ballot measures to increase fees, taxes, or regulations on short-term rentals to help the affordable housing crisis. 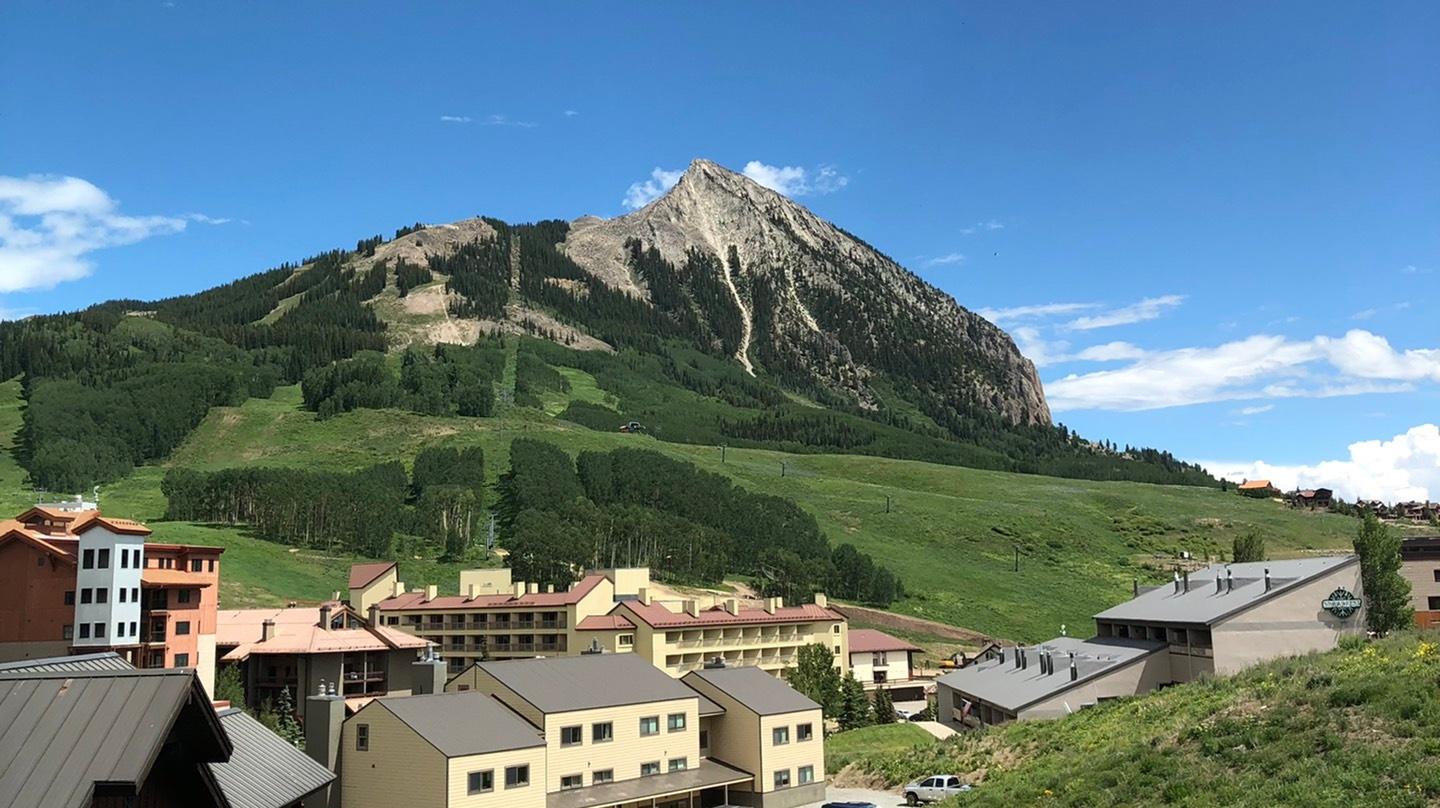