DENVER — Nearly four months after the City of Denver officially apologized to Chinese immigrants and their descendants for the city’s role in the 1880 anti-Chinese riot, officials removed an inaccurate historical marker about the riot that historians and community members have criticized for years.

"Today's plaque removal marks another step toward reconciliation and righting the terrible wrongs that were committed in the past against our Asian American community," Denver Mayor Michael Hancock said.

William Wei, a professor at the University of Colorado, Boulder and the former Colorado State Historian, removed the plaque from a building located at the intersection of 20th and Blake in Denver. Wei was joined by Soon Beng Yeap from Colorado Asian Pacific United (CAPU).

On Halloween in 1880, a saloon brawl between drunk, white customers and two Chinese men spilled out into the street. The fight led to a full-fledged riot. A white mob formed and ruined Denver’s Chinatown, which was located on Wazee Street between 15th and 17th streets. The mob targeted Chinese residents and destroyed every Chinese business in the area; the business owners were never compensated. One person, a Chinese man named Look Young, died in the riot when the mob hanged him. The killers were never punished.

[Related: The Rise and Fall of Denver's Chinatown]

The riot took place at a time when anti-Chinese panic was spreading through the American West. More than 150 such riots occurred across the U.S. during the 1870s and 1880s.

For years, the historical marker in LoDo presented an incomplete and offensive re-telling of the riot. For starters, the plaque made no mention of Young — it read “one Chinese man lost his life,” thus sanitizing his violent death at the hands of a white mob. The plaque did, however, name multiple white people and praised them for their “remarkable courage” in protecting some of the Chinese victims. Secondly, the plaque over-emphasized Chinese drug use in Denver.

Finally, and perhaps most egregiously, the plaque was titled “Chinese Riot of 1880.”

“It wasn’t a Chinese riot,” William Wei told Rocky Mountain PBS in a previous interview, “it was an anti-Chinese race riot.”

At the event Monday, Wei called the plaque a racist relic, adding that it “has stigmatized the Chinese people, then and now.” He said CAPU plans to add new historical markers, as well as murals, throughout LoDo that will more accurately describe the history and contributions of Chinese immigrants to Denver.

"Let's take this opportunity to capture and record the true and accurate history of the Chinese and all AAPI stories, to preserve and celebrate this proud and rich history for future generations," said Linda Lung, a descendant of residents of Denver's Chinatown. When Hancock apologized for the riot on behalf of the city in April, Lung received an honorary coin and a signed copy of Hancock's apology.

The plaque was turned over to History Colorado.

“On behalf of History Colorado," a representative for the museum said at the event, "we are happy to officially make this part of Denver’s past." 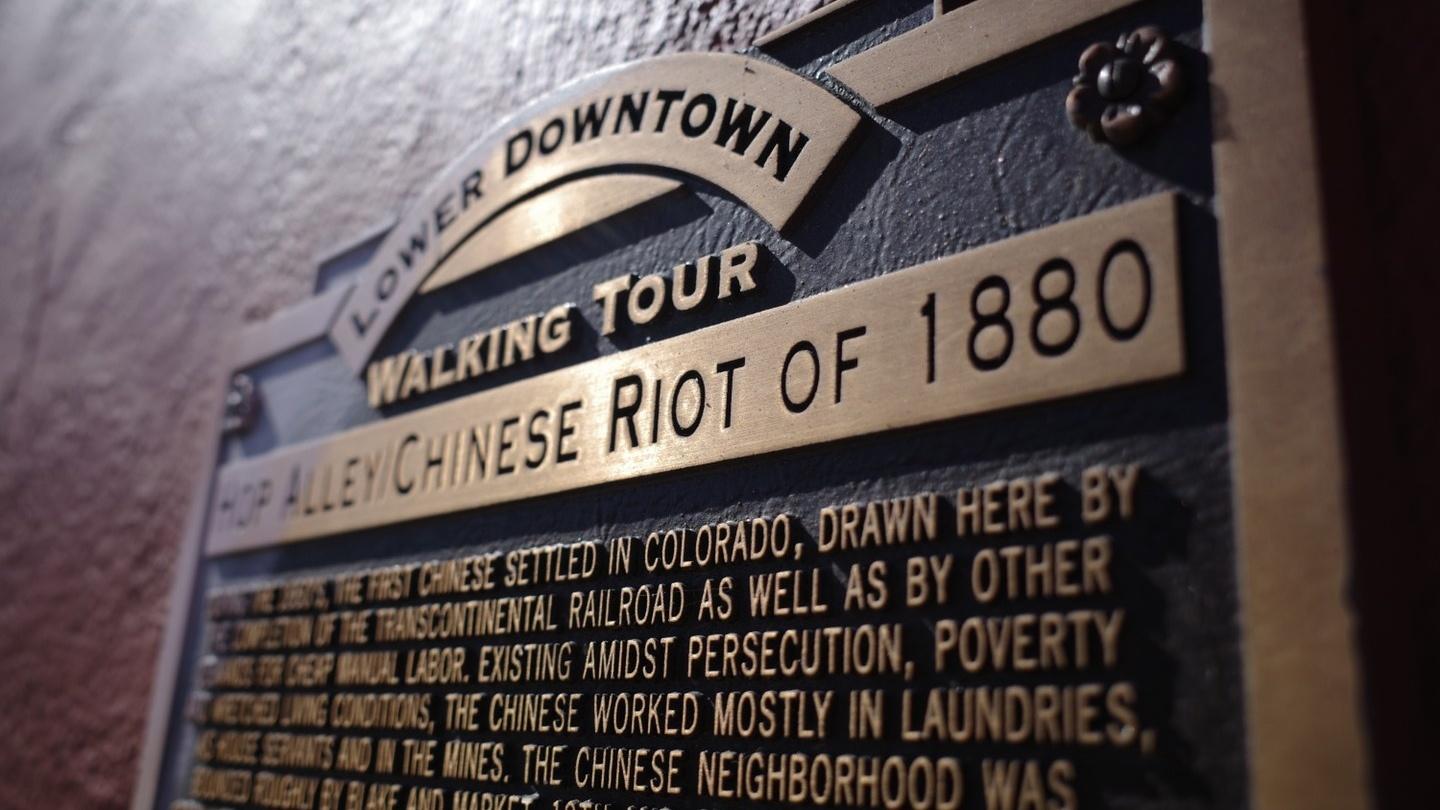