DENVER — After reading the same book over and over, Antonio finally found a sequel he got to take home for free from the bookmobile parked outside BirdSeed Collective in Globeville.

The bookmobile is sponsored by the Denver Public Library and frequently travels to Antonio's neighborhood. It is DPL’s way of reaching communities that do not have easy access to a library.

Antonio’s mom, Magali Acevedo, picked up a few books for herself too.

“These are stories on authenticity, hope and liberty,” she said in Spanish. “Sometimes we let go of those things.”

Acevedo is a firm believer in the importance of reading and giving her family the best access to opportunities that she can. But sometimes those opportunities prove to be elusive because the closest library to her family requires a drive to another neighborhood.

“I have a neighbor who doesn’t drive much,” Acevedo explained. She feels for the people who cannot take their children to any library because of transportation barriers.

Plans are underway for a library in Globeville

Acevedo would like something closer for her son and for her community.

“Libraries and schools are a hub for each community, and this has been lacking for over 100 years,” said Armando Payan, who has lived in Globeville since 1961. “We have to go to different neighborhoods to go to a library.”

Globeville is an island of residential neighbors surrounded by industrial space. The neighborhood is divided into quarters by the intersection of I-25 and I-70, which run directly through the middle of the neighborhood. It has been called the “Children’s Corridor” because of their 14-mile-long arc of neighborhoods where thousands of children live.

But many of those children face economic and physical hardships. Globeville, a neighborhood that is more than 50% Hispanic, is a food desert in Denver, meaning fresh groceries are hard to come by. Additionally, a 2014 report found that Gloebveille residents, "the majority of whom are Hispanic families with young children, suffer from some of the highest rates of cardiovascular disease, diabetes, obesity, and asthma in the City" due in large part to the pollution from heavy highway traffic and industrial operations in the area.

“We’re hoping that along with the library, we anchor in other local benefits, or stores, or services that have been lacking in our community,” said Payan.

That is a vision Erika Martinez, who grew up in this community, shares.

“I know what a library does to a neighborhood, it is truly the epicenter,” Martinez said. “It is a community hub that brings resources to the community that are needed.”

“It’s almost like full circle where I have had the ability to work with the community for quite some time and now, I’m on this side trying to make something happen that was just a vision back then,” she said.

Seven years ago, Martinez helped craft a neighborhood plan for Globeville that included a library. Now, she is working to make that plan a reality.

“We’ve known for a while and we’ve been at it for quite some time and we’re getting closer,” said Martinez.

Despite that work, the neighboring River North Art District, or RiNo — a neighborhood surging in popularity but also grappling with rapid gentrification — received a library first. That furthered the feelings of being ignored for some in Globeville.

“It definitely wasn’t on purpose that Bob Ragland came a little sooner than Globeville,” said Martinez, referring to the Bob Ragland Branch Library, which is located in RiNo’s new ArtPark Community Hub. “We feel that it was just the timing.”

Martinez said DPL was in a situation where it could not pass up on a branch in RiNo.

“We wanted to make sure we were part of a community hub that had partners that really support our vision and mission as well,” Martinez said. Because of supporting funds that came with the project RiNo, Denver Public Library paid just $1.2 million for the branch.

“It was financially affordable for us to do that,” explained Martinez. Now her focus is getting libraries to the other communities that have also been asking for one, like Globeville.

In 2021, voters approved the Rise Bond measure that provided $12 million for a library in Globeville.

“That gave us the green light to really look further into exploring some of the options that we had been looking at,” said Martinez.

Martinez told Rocky Mountain PBS the two locations they are looking at for the library in Globeville: 4995 Washington St. and the former Salvation Army building off 47th and Broadway.

“I’m going to be able to see this vision really follow through and I just can’t wait to be at the celebration because it really will be full circle for me,” said Martinez.

It will also be a full circle for mothers like Magali Acevedo who want to see more opportunities for families like hers.

“We try our best for our children,” said Acevedo. “If we had a library nearby, that would be a little easier.” 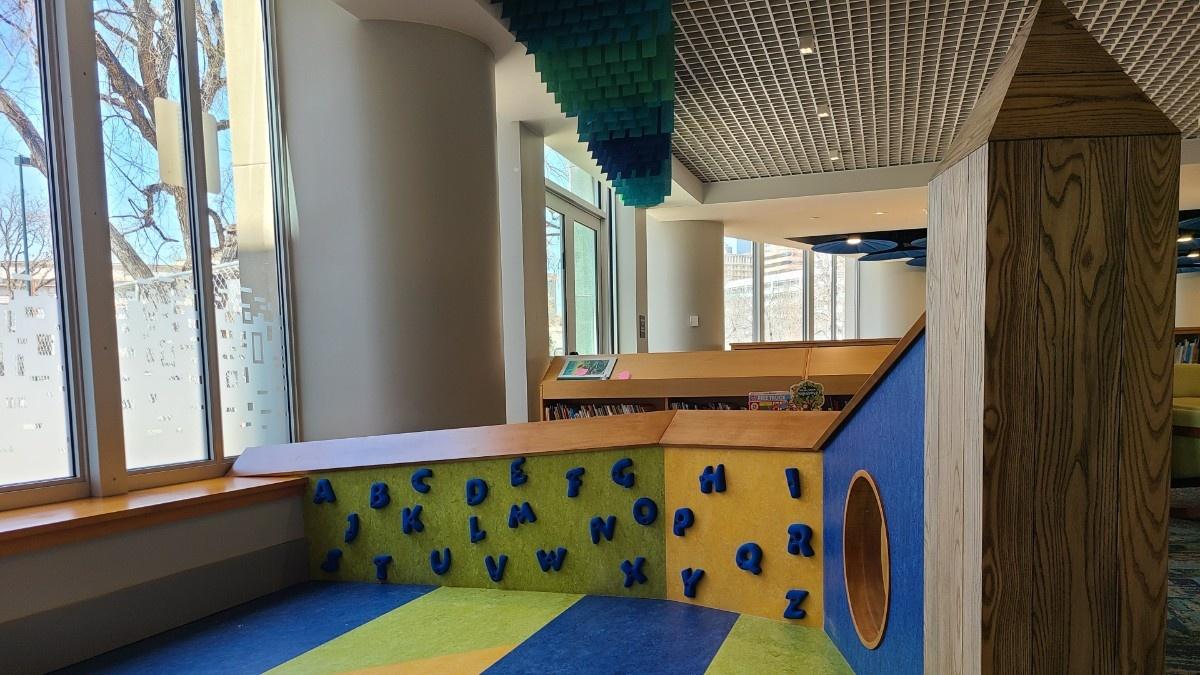