Sept. 6, 2022 update: On Tuesday, Sept. 6, Denver re-opened applications for 2,000 more electric bicycle (e-bike) vouchers as part of the city's hugely popular Denver Climate Action Rebate program. The rebate program offers discounts on things like heat pumps, electric vehicle chargers and solar panels, but the rebates for e-bikes were so popular that the city quickly reached capacity (more on that below).

It only took a "matter of minutes" for the monthly allotment of vouchers to be claimed.

This appetite for e-bikes in Denver has come to be expected. The demand for the rebates was so high for the July release that the city's site crashed, leaving some prospective e-bicyclists frustrated.

Because of this demand for the e-bike rebates, which starts at $400 and goes up to $1,700 for income-qualified residents, the city will continue doing limited releases of e-bike vouchers each month. This year, the release dats will be:

Nearly 60% of the program's funding has gone to income-qualified residents, according to the city. Once obtained, the rebate vouchers are eligible for use for 60 days. To receive updates from the city before each voucher release date, click here.

You can read our previous coverage on the green energy rebate program below.

May 12, 2022 update: Denver’s Office of Climate Action, Sustainability and Resiliency’s (CASR) said the city's new e-bike rebate program has reached capacity and the program will now "shift to a limited-release model as funding is available throughout the year."

People interested in participating in the program can sign up for notifications for when the e-bike program is active again.

"Denver, we are amazed,” Denver’s chief climate officer Grace Rink said in a news release. “There is a clear desire for e-bikes, and for trying a healthier and more sustainable way to get around our beautiful city. The work of our office is to find climate solutions that directly benefit residents, and I think we have a clear winner here.”

Since the program launched on Earth Day, the city has received 3,250 e-bike rebate applications. "Forty percent of those applications are income-qualified, which accounts for 55% of the program’s available funding," the city said.

The home energy rebate program is still active. You can learn more about it in our original story below.

DENVER — The City and County of Denver celebrated Earth Day by incentivizing its residents to go green.

Here’s how the Denver Climate Action Rebate program works: when Denver residents hire from a list of approved contractors to install a heat pump, for example, they will be offered discounts at the time of purchase. For a new heat pump — a more energy-efficient alternative to a traditional furnace — customers can receive up to $9,000 off the installation cost. Denver is offering up to $4,000 off for home solar panels and $2,750 for a battery storage system.

Let’s say the installation of a new heat pump costs $12,000 total. With the rebate program, the customer would only pay $3,000 and the city would pay the contractor the rest. Larger discounts are available for income-qualified residents. A full list of the discounts is available here.

Jonathan Rogers, a renewable energy specialist with Denver’s Office of Climate Action, Sustainability, and Resiliency (CASR), said he hopes the rebate program will make it so  “everyone can really be a contributor to Denver’s clean energy transition.”

Rogers said the city has a three-year, $9 million contract with the rebate administrator. The money for the rebates comes from the voter-approved sales tax that is estimated to produce $40 million per year to fund climate initiatives.

The architects of the rebate program are aiming to transform the market by creating more demand for greener technology. As it stands now, heat pumps (whose names are a bit misleading, as they can both heat and cool a house) are not readily available in Denver, something Rogers knows from personal experience.

In January, the furnace in Rogers’ home broke down. He and his wife, who was pregnant, saw it as an opportunity to switch to an energy-efficient heat pump, but a contractor told them it would be about three months before a heat pump would be available.

“We’re looking at each other in January and wondering, do we have enough blankets to get to March?” Rogers recalled. The traditional furnace, meanwhile, was a third of the price and could be installed the next day.

“When someone who’s working for the climate office does not have that option [for a heat pump] — you know, it’s economically prohibitive, it’s just infeasible for us to wait three months for us to get heating back in our home — well how are we going to get anybody else to do this? How can we expect anybody else to make this decision?” Rogers said.

This is where the rebate program comes in. By offering residents major incentives on technology like heat pumps and solar panels, Rogers said Denver is “making it so that that contractor, rather than keeping a furnace in their warehouse, they’ve got a heat pump there instead, and that’s what they can install the next day, and that’s what the homeowner is asking for … that’s how we really move the needle.”

A transition away from fossil fuels — and cars

The air quality along Colorado’s Front Range is bad. So bad, the Environmental Protection Agency (EPA) recently downgraded the area’s ozone problem from “serious” to “severe.”

Rogers told Rocky Mountain PBS the top producers of air quality issues in Denver are vehicles. Three-quarters of those trips, according to the city, are commutes to and from work.

The rebate program has an answer for this, too: electric bicycles.

As part of the program, Denver residents — after proving they live in the county — can purchase an e-bike from one of eleven approved retailers and receive an up-front discount of $400 for a traditional electric bicycle, commonly referred to as an e-bike. The city is also offering $500 off for cargo e-bikes, which can carry things like groceries and other people. (Income-qualified residents will receive an instant rebate of $1,200 for e-bikes, which can cover the entire cost for some e-bikes, depending on the make and model)

More information on e-bike eligibility can be found here.

“The more we’re getting people out of single-occupancy vehicles, and taking advantage of e-bikes — really, promoting any kind of walking or biking or public transit — that helps a lot,” Rogers said.

One of the approved e-bike retailers is FattE-Bikes, a company based in Denver’s Sun Valley neighborhood. According to co-founder Kenny Fischer, FattE-Bikes is Denver’s first electric bike company, and one of the few American e-bike companies that builds their products in the United States. The company's bikes start at around $2,000.

Since the city first mentioned the rebate program earlier this month, Fischer said his phone has been “blowing up.” He thinks the city could run out of funds for e-bike rebates in a matter of months, based on the interest he’s seeing. (Rogers said it is part of the city’s plan to gauge which items included in the rebate program are garnering the most attention, and then reallocate the funds accordingly.)

On Monday, March 10, a spokesperson for CASR told Rocky Mountain PBS that the city has received 2,979 applications for e-bike rebates. To put that number in perspective, 2,979 e-bikes is more than triple the amount of combined Lyft and Jump brand e-bikes on the streets of Denver right now.

"We’ve been blown away by the enthusiasm for the program," the spokesperson said.

Fischer explained how e-bikes can benefit residents of all ages and abilities. For older residents, e-bikes — which require less effort to operate because they include pedal assistance, a throttle or both — present “an opportunity to feel young again. You feel like a kid. You feel like you’re 17 with rocket boosters.”

“For other, maybe younger, riders, they’re using [e-bikes] as a mode of transportation,” Fischer continued. “The electric bike is the ultimate form of micro-mobility. The scooters? You’re not going to run to the grocery store on a scooter.”

As Rogers explained, the fewer people driving single-occupancy vehicles, the better for the environment. Transportation makes up the largest percentage of greenhouse gas emissions in the country, according to the EPA.

Yet a majority of car trips in the U.S. are not very long. Recent research found that nearly half of all car trips in U.S cities are three miles long or less. Studies show cycling or walking for these short trips could have tremendous health and economic benefits.

In a study of 11 metropolitan areas in the Midwest, researchers at the University of Wisconsin found that “making 50% of short trips by bicycle would yield savings of approximately $3.8 billion/year from avoided mortality and reduced health care costs.” Moreover, the research team estimated that the “combined benefits of improved air quality and physical fitness would exceed $8 billion/year.”

But people still need safe spaces to ride their bikes. And while Denver frequently ranks high on lists of bike-friendly cities, the city's cycling infrastructure can be inconsistent and lack connectivity. Fischer hopes Denver’s rebate program will increase e-bike ridership, which could then lead to the city putting more funds into improving things like trails and bike lanes. According to the Denver Moves Everyone State of the System report, “80% of Denver's transportation infrastructure is dedicated to moving vehicles. Just 20% of our system works to move pedestrians, bicyclists, buses and trains.”

What's more, the aforementioned report found there are more than 500 miles of planned bikeways that are yet to be completed in Denver.

“The more that people adopt e-bikes, the more the city will create safer biking infrastructure,” said Fischer, who added that he can travel from Denver to Boulder on a single charge with one of the FattE-Bikes. “If you live and work two to ten miles [away], then that’s it: the e-bike is a game-changer.” 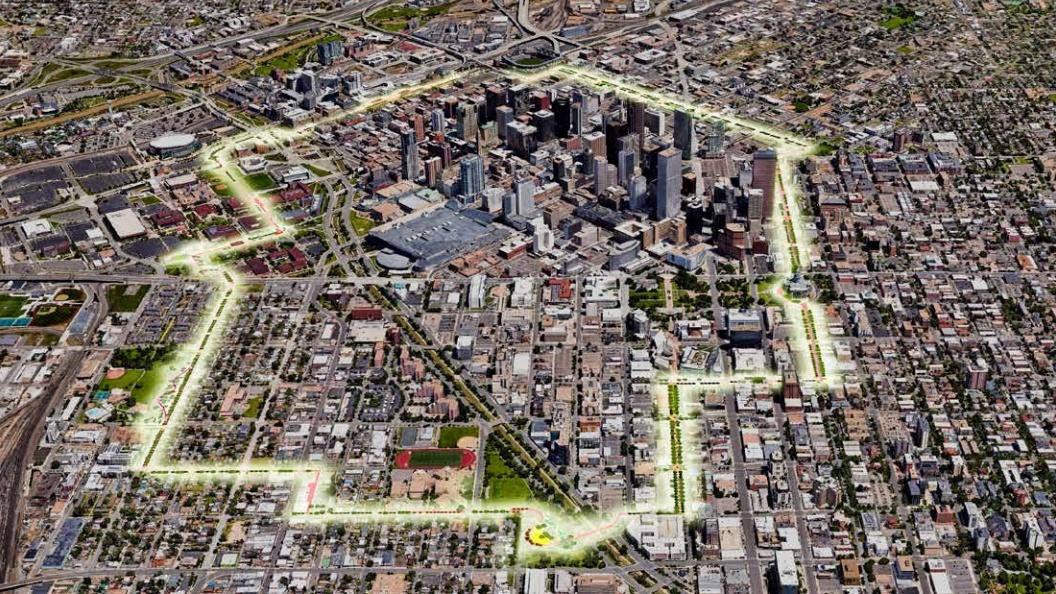 A look at the future of the 'transformational' 5280 Trail, which could take a decade to complete 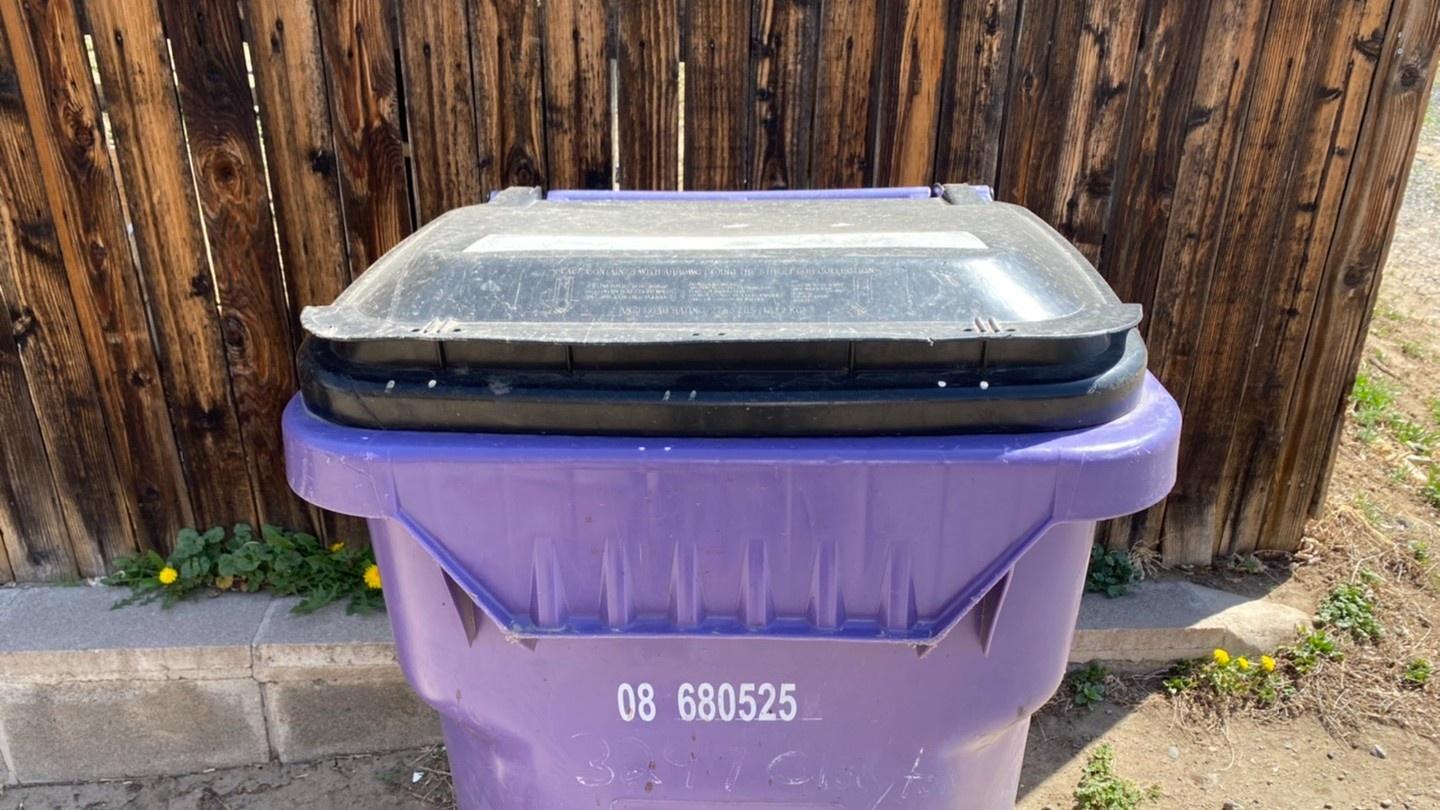 Denver has a new plan to double its recycling rate. It includes a fee on trash cans.