Madalena DeAndrea was only two years old in 1999 when the Columbine High School massacre happened, but she's heard stories about that terrible day her whole life.

Several years later, he responded to another shooting at Platte Canyon High School in Bailey where student Emily Keyes was killed. Before she died, Emily sent a simple text to her parents, telling them, "I love you guys."

Since those incidents, A.J. DeAndrea has become an internationally-known expert on active shooters. He trains law enforcement on the best tactics to confront active shooters and also trains individuals on how to escape such situations. And he discusses it all with his family.

"We talk about 'evacuate, evade, defend,'" A.J. DeAndrea said. "The best thing to do if it's happening [is to] get away. If you can't get away, evade to a point where you can barricade or evade just so you can't become a target. And, moment in time, if your life is on the line, defend yourself or those that are next to you."

"My dad always says that the world is not a scary place, you just have to be prepared. And so I grew up really having an awareness of what was going on around me all the time," Madalena said. "In high school, I would make sure I knew how to get out of my classrooms if something happened or where I would hide... I always knew where the exits were in a building."

A lifetime of lessons from her father rang through Madalena's head in November 2018 when a gunman entered the bar in where she had been enjoying a night of dancing with her friends: the Borderline Bar & Grill in Thousand Oaks, Calif.

"I heard popping noises... I started to smell the powder," Madalena DeAndrea said. "Immediately I heard my dad's voice in my head: You've got to get out of there."

Madalena said the only door she knew about at the bar was the one the gunman used to enter the building.

"I knew that wasn't safe," she said. "I knew I couldn't get out that way, so the next thing was to hide. And I was in that kitchen area, trying to put the wall in between the shooter and I. A bartender pulled down a ladder from the ceiling so I immediately went up it after her. A couple of people followed us up and then we closed the trap door over the ladder and then we were in the attic."

While hiding in the attic, Madalena pulled out her phone and sent her family a text: "I love you guys."

"That is the same text Emily sent her father. And of course, my daughters know all of that," A.J. DeAndrea said. "That night, it was the most hopeless I've ever felt in my life."

A.J. DeAndrea pulled up the police scanner traffic from the incident online and called the dispatch center to notify authorities his daughter was hiding in the attic above the bar.

The SWAT team ultimately rescued Madalena and the others hiding in the attic after the gunman took his own life.

Twelve people were killed that night, including a responding law enforcement officer. Madalena knows that even with her vigilance, she was lucky.

“If I had taken a break on the other side of the dance floor, this might not have helped me.” She said.  “But I was luckily in a different spot in the bar and so I had a second to process and go into autopilot mode because I thought about it.”

But without her training she knows she may have not made it out alive.

"I think because of the exposure to what my dad has been through, and also his voice in my head throughout the entire process there was that sense of safety there even in the midst of very intense un-safety," Madalena said. "I think it saved my life."

"It came full circle," A.J. DeAndrea said. "My daughter's alive because she was empowered. She was empowered because we had the conversation. She did what she needed to do to survive. The message is: You've got to talk about it." 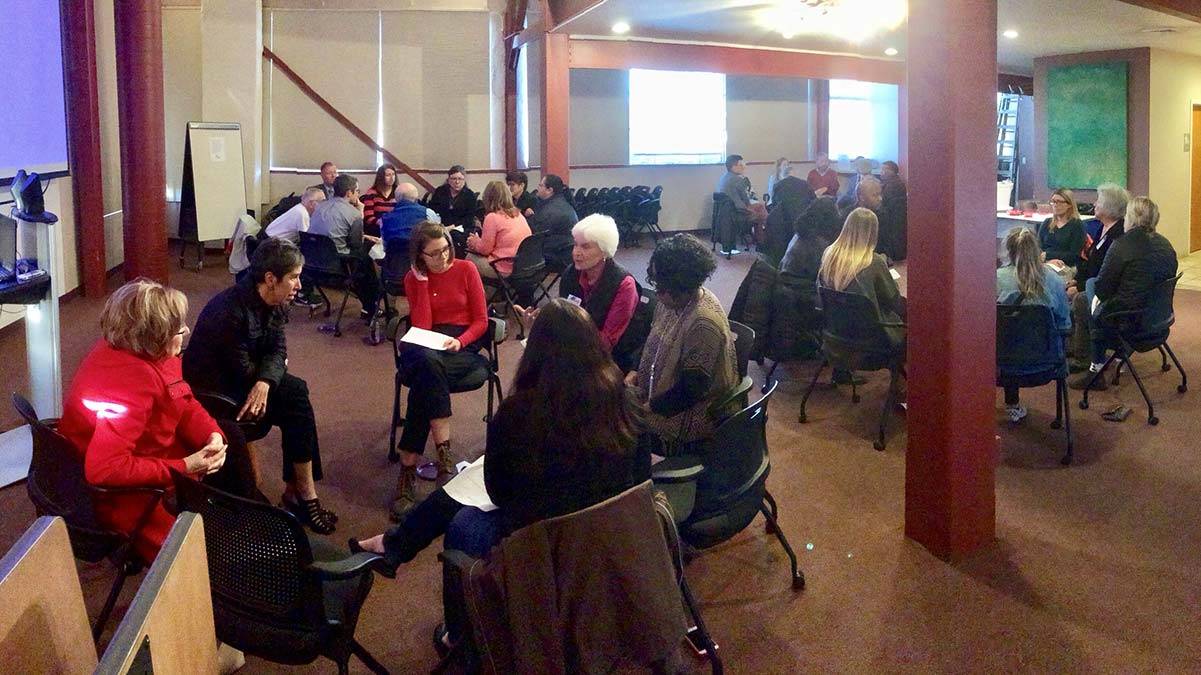