Coloradans ages 60 and up eligible for vaccine starting March 5

DENVER — Coloradans ages 60 and up will be eligible for the COVID-19 vaccine starting March 5.

"When you're up, get vaccinated," Polis said. "Don't think twice; don't feel guilty. Sign up and do it ... By getting vaccinated, you're helping to protect the entire community."

Also on March 5, agriculture workers, grocery workers, and Coloradans ages 16-59 with two or more high-risk conditions will be eligible for the vaccine. This will be phase 1B.3, according to the state’s vaccine distribution plan.

In late March—possibly as early as March 21, according to Polis—the state will move to Phase 1B.4. In this phase, anybody ages 50 and up will be able to get the vaccine, Polis said.

Including roughly 960,000 Coloradans, Phase 1B.3 is a large group. Phase 1B.4 is even larger with about 2.5 million Coloradans. State officials urged patience.

“Everybody’s going to get their turn, and we’re excited to move into this phase on March 5,” said CDPHE Incident Commander Scott Bookman. Most grocery workers, Bookman explained, will be able to receive the vaccine at the pharmacies in the grocery store where they work.

Colorado is currently in Phase 1B.2 of the statewide vaccine distribution plan. That phase allows for vaccinations for Coloradans between the ages of 65-69 (the 70+ population were included in Phase 1B.1) as well as Pre-K-12 educators and child care providers. 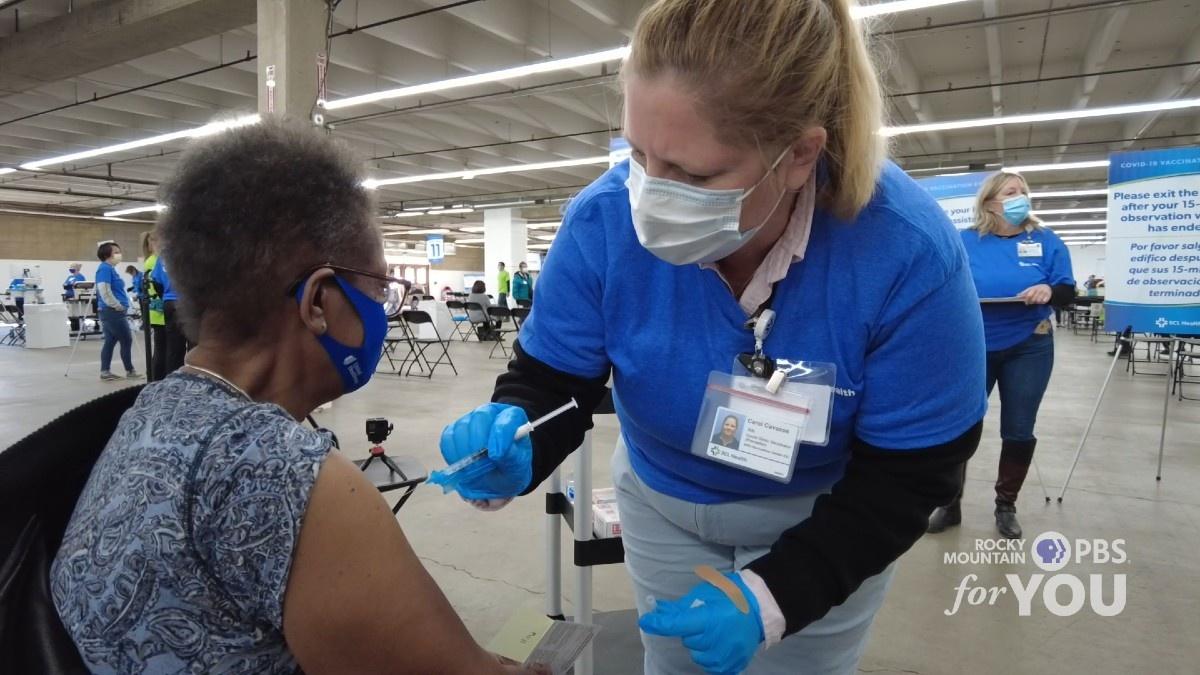 Where eligible Coloradans can register for a vaccine

Brigadier General Scott Sherman with the Colorado National Guard announced that state health officials expect to receive about 45,500 Johnson & Johnson vaccine doses between March 1-7. Sherman added that the emergency authorization for the J&J vaccine, which requires just a single dose, should be approved February 26.

Asked about preferences for certain vaccines, Polis echoed Dr. Fauci's sentiment that people should not be picky.

"My advice to everybody is, when you have the opportunity to sign up and you're eligible, get vaccinated," the governor said. "Moderna, Pfizer, Johnson & Johnson—they're all highly effective, they're all safe."

Earlier in the day, Polis' office announced a partnership with several community-based organizations that will establish 18 vaccination clinics. The partnership is part of Polis' "Vaccines for All" plan. The clinics will operate between Friday, February 26 and Thursday, March 4.

A full list of dates and locations for the clinics are available at this link.