The money comes from a clause in the Colorado Taxpayer Bill of Rights (TABOR), which gives the state legislature power to determine how to refund excess tax revenue to those who pay it.

Polis initially announced the cashback rebate in April of this year. At the time, the governor said individual filers would receive a $400 rebate and joint filers would receive $800. However, a better-than-expected tax revenue at the end of this fiscal year — The Colorado Sun reports that there is $1 billion more in tax revenue in excess of the TABOR cap than was previously expected — means Coloradans will be getting more money in their rebate.

Taxpayers who filed their 2021 returns before June 30 are eligible to receive the rebate. Polis said people will receive the money in August.

“It’s a weird time, because our economy is doing so well, and yet everybody is feeling the pressure of increased prices,” Polis said. “And so the fact that we’ve done so well has allowed us to increase the amount of this refund.”

You can watch the governor's full comments below.

Polis said Colorado’s unemployment rate is just 3.5% — slightly lower than the national average — and that the state has recovered more jobs than it lost during the pandemic.

“All of this is in the face of rising costs, which is why we want to get this money out to you as quickly as possible, because you know what to do with it better than the government,” the governor said.

Treasurer Dave Young, speaking Tuesday, pointed to rising inflation, rent and medical costs as a reason for the expedient delivery of the rebate money. Notably, the money will be delivered before the 2022 election in November.

“We continue to hear from folks who are desperately struggling simply to make ends meet,” Young said. “More and more families are relying on food banks to feed their families.”

Earlier this year, Rocky Mountain PBS spoke to Coloradans about how they plan on using the money. One person told us they would put the money toward their student loan debt, while others had plans to vacation.

Some of the people we spoke with will be pleased that individual fliers are receiving $750 as opposed to $400.

“It’s better than not having an extra $400, but it doesn’t go far enough,” said Thomas Law, a Denver resident and a service worker at Union Station, in an April interview. “It’s not a lot in the grand scheme of things, as an adult in Denver.” 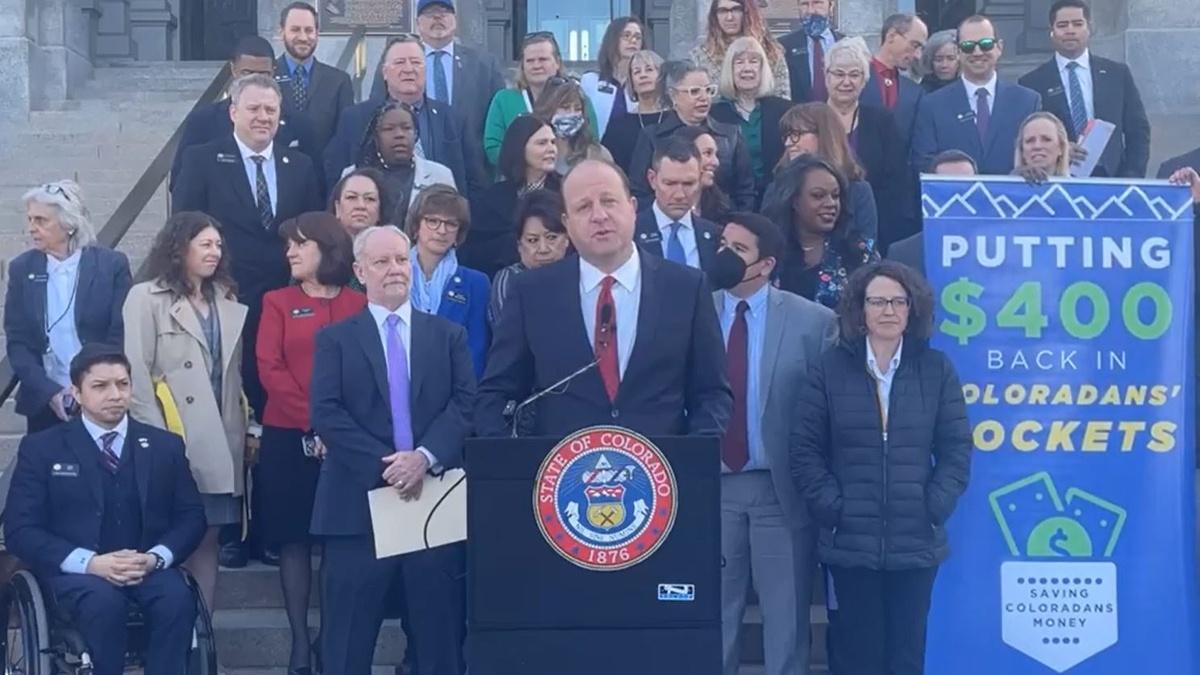 Here's how Coloradans plan to spend their tax rebate

Are you registered for Spotlight?
Receive community stories from across Colorado and updates on your favorite Rocky Mountain PBS programs in your inbox every Tuesday.
Sign me up!