5 killed in mass shooting at LGBTQ+ nightclub in Colorado Springs

COLORADO SPRINGS, Colo. — Five people were killed and 18 others injured in a shooting at an LGBTQ+ nightclub in Colorado Springs late Saturday night.

The shooting took place just before midnight at Club Q, located in northeast Colorado Springs. As of Monday afternoon, police have not identified any of the victims; they are being treated at both UC Health Memorial and Penrose hospitals. Police say 17 of those injured were from gunshot wounds, one was hurt but not from a gunshot.

Police said the suspected shooter is still in custody at a local hospital.

Police did not shoot the suspect, Castro added. At least two people at the club stopped the gunman and wrestled weapons away from him. Police identified the two individuals as Richard Fierro and Thomas James.

“We owe them a great debt of thanks,” Colorado Springs Police Chief Adrian Vasquez said.

Club Q, in a Facebook post, said “We thank the quick reactions of heroic customers that subdued the gunman and ended this hate attack.”

Police identified the suspect as Anderson Lee Aldrich, a 22-year-old. The suspect used a long rifle during the shooting. Multiple firearms were found at the scene. Law enforcement is still working to identify who the firearms belonged to.

Aldrich was arrested in 2021 for a reported bomb threat in the Lorson Ranch neighborhood. KRDO reported at the time that Aldrich was facing charges for two counts of felony menacing and three counts of first-degree kidnapping. The charges were dismissed after Aldrich's mother — who called police to report the bomb threat — did not cooperate with the investigation, KDVR reported.

During the Monday press conference, officials say they could not yet discuss previous incidents involving Aldrich, as they are part of an ongoing investigation. Officials also clarified that no formal charges have been filed and the investigation is still active.

According to Aldrich's defense attorneys, Aldrich identifies as nonbinary.

The first 911 call about the Club Q shooting came in at 11:56 p.m. Police found the suspect inside the club, which Castro described as a "safe haven" in the community.

Joshua Thurman, who lives in Colorado Springs, told media Sunday morning that he was inside the club when the shooting started.

When the shooting started, Thurman initially thought the repeated gunshots were part of the music. But after he saw the muzzle flash, he hid in the club's dressing room with two other people. Thurman said he could hear other patrons of the club subdue the gunman before police arrived. Once first responders showed up, Thurman crawled out of the dressing room on his stomach.

"No one deserves this," Thurman said through tears.

Police officials said the number of people killed or injured in the shooting is “subject to change as the investigation continues.” Castro and Vasquez added that the motive is unclear at this point, and that it's too early to classify the attack as a hate crime.

Colorado and beyond respond to mass shooting

“This is horrific, sickening, and devastating,” Governor Jared Polis said in a statement. “My heart breaks for the family and friends of those lost, injured, and traumatized in this horrific shooting. I have spoken with Mayor Suthers and made it clear that every state resource is available to local law enforcement in Colorado Springs. We are eternally grateful for the brave individuals who blocked the gunman likely saving lives in the process and for the first responders who responded swiftly to this horrific shooting. Colorado stands with our LGTBQ community and everyone impacted by this tragedy as we mourn together.”

President Joe Biden releasedstatements on Twitter and on Facebook saying in part, "Jill and I are praying for the families of the five people killed in Colorado Springs, and for those injured in this senseless attack. While no motive in this attack is yet clear, we know that gun violence has a particular impact on LGBTQI+ communities across our nation."

Sen. Michael Bennet also issued a statement, saying “I’m devastated to hear about the shooting in Colorado Springs that cut five more lives tragically short. I’m thinking of their families and loved ones, and sending strength to those who were injured, the survivors, and Colorado’s LGBTQ community. As we seek justice for this unimaginable act, we must do more to protect the LGBTQ community and stand firm against discrimination and hate in every form.”

"We are grief-stricken on behalf of the friends and family of those who died and on behalf of the Colorado Springs community who are coping with these tragic losses at a time when many families are preparing to gather for the holidays,"The Center on Colfaxtweeted.

"Club Q is a place of refuge for so many, including myself. I am both devastated and infuriated," said State Rep. Leslie Herod, who grew up in Colorado Springs. "I will be there to support any of our Colorado Springs family in any way they need."

According to Club Q’s social media posts, the nightclub had planned on Sunday to celebrate Transgender Day of Remembrance, which takes place Nov. 20 each year to honor and the remember the lives of transgender people who died from violence.

Here you can find the linkto the Facebook page where people have marked themselves "safe" in this mass shooting. There people are also sharing more resources and connections.

This is a developing story and will be updated. 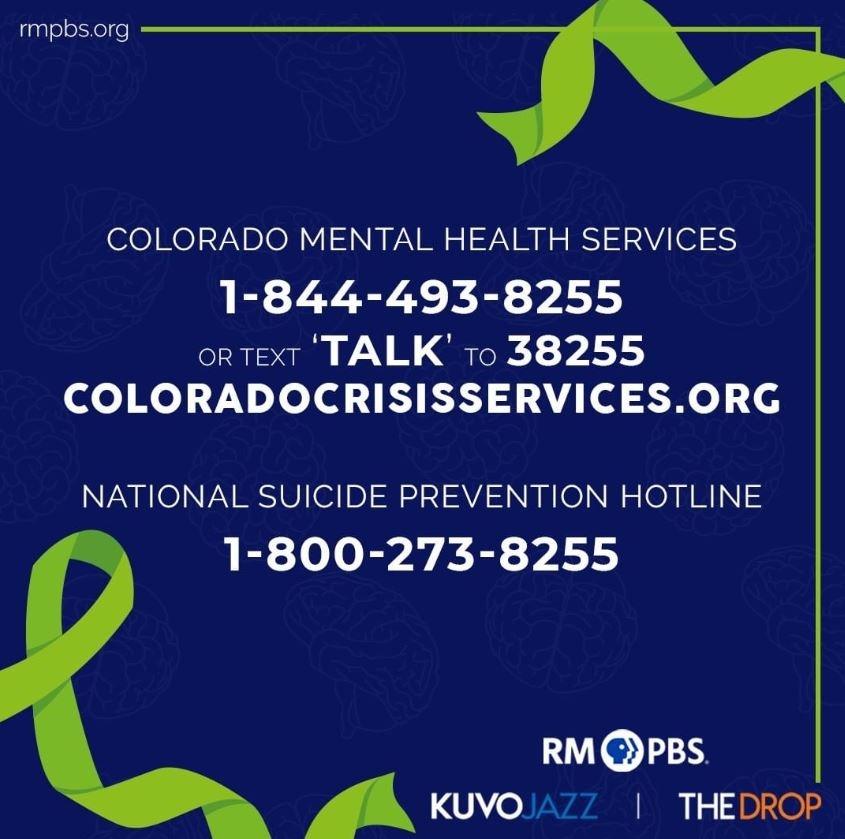