Gov. Polis urges Park Service to send Grand Canyon's bison to Colorado instead of hunting them

DENVER — Colorado politicians are urging the U.S. Department of the Interior to end its plans to kill a dozen bison in Grand Canyon National Park and instead send the animals to Colorado.

In the spring, the National Park Service (NPS) opened a lottery system in order to select a dozen trained shooters to kill the bison. There are hundreds of bison on the North Rim of Grand Canyon National Park, and the NPS says the animals are damaging vegetation and historical sites, as well as contaminating limited water supplies.

More than 45,000 people applied for the chance to hunt the animals on park grounds, according to The Washington Post.

Instead of killing the bison, Colorado Governor Jared Polis proposed another idea: send them to Colorado.

“Our American Bison are a majestic and iconic species of wildlife. It is rare for the lethal removal of Bison to be allowed on National Park Service land which is owned by all Americans," Polis said in a statement. "This decision should be reversed and we would welcome these 12 bison to live and roam free at the Southern Plains Land Trust in Bent County. I urge Interior and the National Park Service to consider this practical Colorado solution."

Last week, on September 17, U.S. Rep. Joe Neguse (D-Colo.) sent a letter to Secretary of the Interior Deb Haaland, urging her department to come up with a different plan for the bison. While Neguse did not suggest bringing them to Colorado, he did mention non-lethal methods like live capture and Porcine Zona Pellucida, a vaccine that blocks fertility, thus reducing the herd's future population. Neguse pointed out that the vaccine has been used on bison at Catalina Island in California.

[Related: Of Bison, Birth Control And An Island Off Southern Calif.]

"We appreciate the need for population control methods in the park but have concerns about the emphasis on lethal removal methods in the Bison Herd Reduction Environmental Assessment," Neguse wrote. You can read his full letter here.

Rocky Mountain PBS reached out to the Interior Department on September 21 for a response to Polis and Neguse's statements, but the press secretary declined to comment.

A spokesperson for Polis told Rocky Mountain PBS they never heard back from the Interior.

On September 23, Grand Canyon National Park Superintendent Edward Keable told Rocky Mountain PBS that despite the proposals from Polis and Neguse, the park would move forward with hunting the bison.

“Even with the success of live capture and transfer, lethal removal remains a necessary tool to disperse and move the herd to protect the park’s sensitive resources,” Keable said, adding that 12 was the “fewest number” of bison that the park’s wildlife biologists believed were necessary to kill while still achieving its goal of slowing the bison’s population growth.

The NPS often uses non-lethal tactics to curb bison populations. In fact, since 2019, 124 bison have been relocated to six American Indian tribes in four states, Keable said. Around this time last year NPS announced it removed 57 bison from the North Rim of the Grand Canyon. The Park Service said it will continue with live capture and relocation to tribal lands.

“With live capture and removal," Thomas told the Post, "it’s sort of as if you’re playing catch up all the time.”

The hunting it set to begin this week. In addition to politicians like Polis and Neguse, several animal rights advocacy groups have come out opposed to the lethal methods.

In a letter to Sec. Haaland, president of Animal Wellness Action Wayne Pacelle called the bison culling program a "de fact hunting program," adding that it would incentivize more killings in the future.

"If the Park Service ignores fertility treatment to manage herds and opts for lethal control, it will essentially obligate the agency to kill bison for years. Surviving bison will increase their rate of reproduction, and calf survivorship will increase. This will land the Park Service on a treadmill, requiring more hunting programs in the future. Fertility control, if actively maintained, can be an enduring solution for this relatively small, accessible population of bison," Pacelle wrote.

As for the potential home for the Bison in Colorado, Polis said the Southern Plains Land Trust has offered to adopt the bison and allow them to live on shortgrass prairie preserves in southeast Colorado.

This is a developing story and will be updated as we learn new information.

Kyle Cooke is the Digital Media Manager at Rocky Mountain PBS. You can reach him at kylecooke@rmpbs.org. 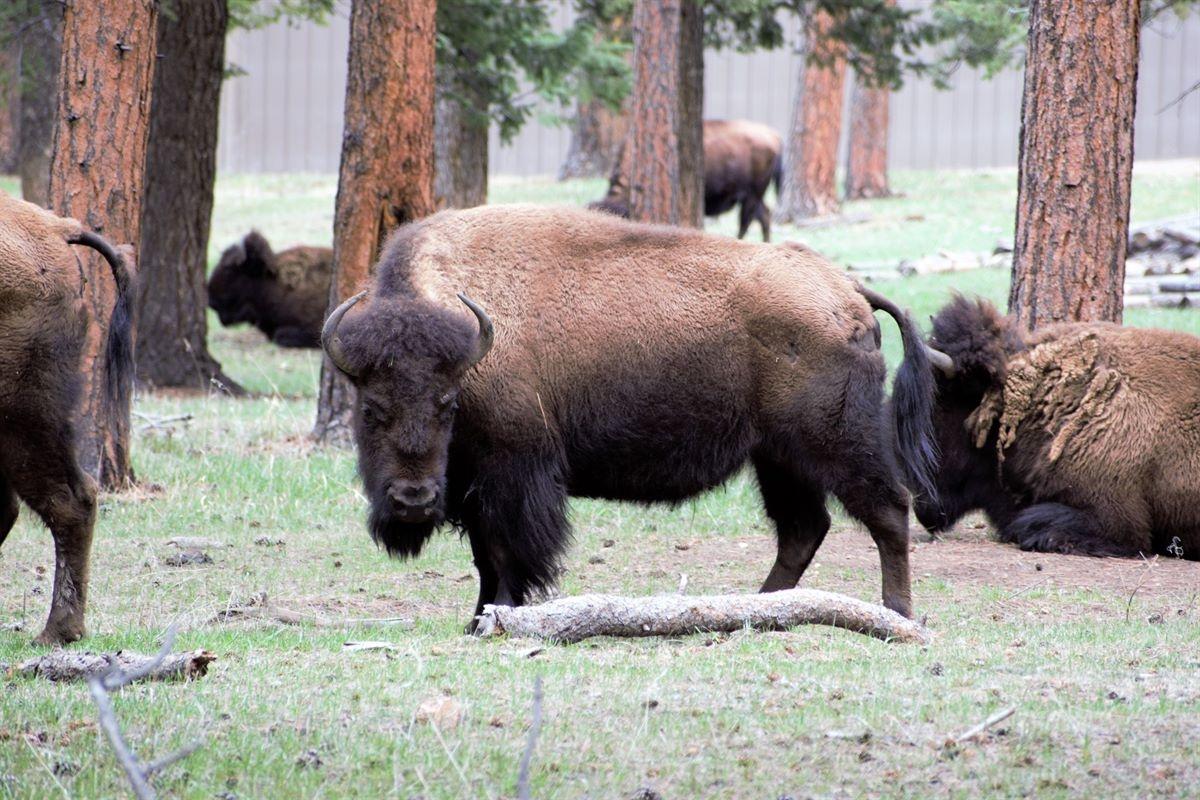 Facing the Storm: Remembering Big Medicine and the Big Bison