Meet the first wolf pup born and collared in Colorado

Colorado Parks and Wildlife (CPW) has released a photo of the first gray wolf born and collared in Colorado. CPW officials fitted the female pup with a GPS collar in North Park on Feb. 9.

The collared pup has not been given a name, but the agency refers to her as 2202. The first two digits (22) refer to the year she was captured and the last two (02) refer to her sex; male wolves will have odd numbers and females have even.

“The wolf pup was given a health exam during the collaring process and appears to be in good health,” said CPW terrestrial section manager Brian Dreher in a news release.

Yesterday, we placed a GPS collar on a female wolf pup in North Park - now known as 2202.

During the collaring effort, the animal was safely darted with a tranquilizer from a helicopter, allowing the collar to be fitted by field staff on the ground. pic.twitter.com/yecqMouVwZ

Jane — who CPW officials used to think was a male wolf — is the only other wolf from the pack to have a collar. She migrated to Colorado from the Snake River Pack in Wyoming. However, Jane’s collar had stopped transmitting, so CPW chose to place a collar on one of the pups.

John, who also has a GPS collar, was first spotted with Jane in early 2021, CPW said.

“The second GPS collar in this pack will allow our biologists and wildlife managers to learn more about the behavior of these naturally migrating wolves,” CPW director Dan Prenzlow said in a news release.

CPW officials noted that collars are not monitored in real time, and that the “primary tools used by wildlife officers are field observations of physical evidence such as wolf prints and scat during field investigations to verify the presence of wolves on the landscape.”

Last summer, CPW confirmed Jane gave birth to a litter of pups, making it the first litter of wolves born in Colorado since the 1940s.

“These pups will have plenty of potential mates when they grow up to start their own families,” Governor Jared Polis said at the time, referencing Proposition 114, the voter-approved initiative that requires the reintroduction of gray wolves to Colorado by the end of 2023.

Proposition 114 was one of the most divisive ballot measures for Coloradans in 2020. It passed by less than two points. Many of those opposed cited the possible impact wolf reintroduction would have on livestock and hunting industries, while those in favor often saw the proposition as a way to preserve biodiversity and combat the species' extinction.

[Related: Ranchers in some states can shoot wolves that attack their livestock. But not in Colorado.]

Wolves are an endangered species in Colorado; killing a gray wolf is punishable with a $100,000 fine, jail time and a loss of hunting privileges, according to CPW. Harassing animals is also illegal.

On Feb. 10, a judge restored federal protections for gray wolves across much of the country. The Trump administration had removed those protections.

According to CPW, wolves were eradicated from Colorado about 80 years ago.

CPW said the public should use its wolf sighting form if they see a suspected wolf.

"Any personal observations, photos or videos taken can help inform CPW staff and fill in the gaps as to wolf activity in the state," CPW wrote. 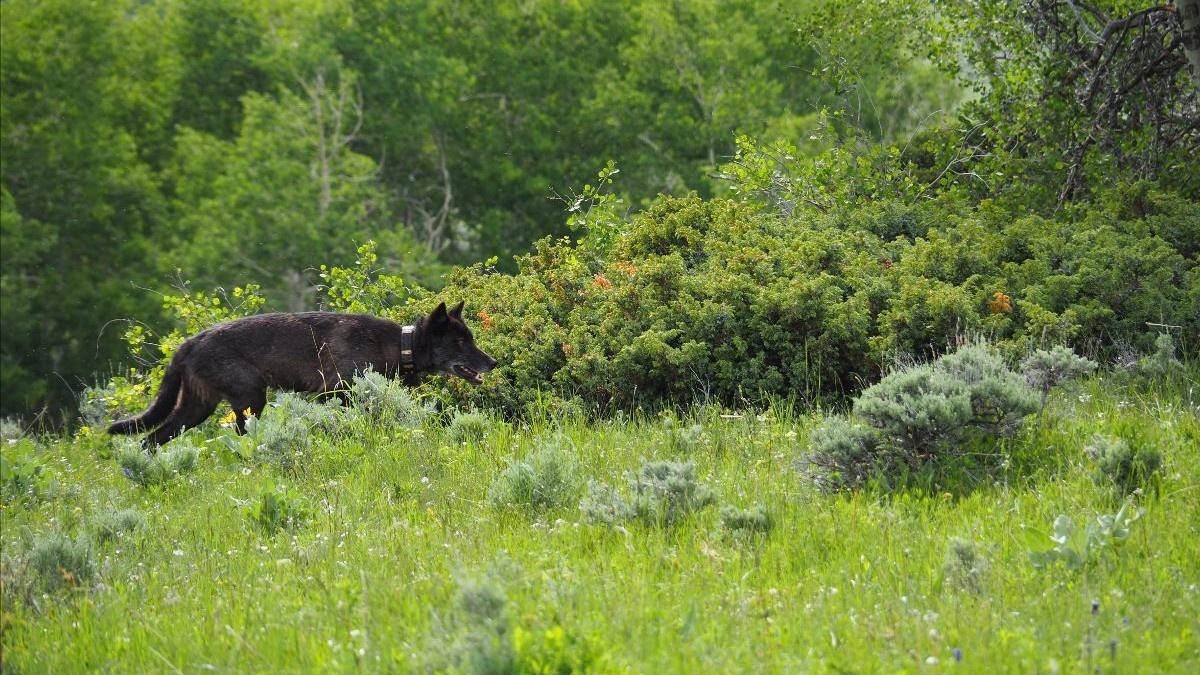