LEADVILLE, Colo. — The training grounds for the famed 10th Mountain Division in World War II are now a national monument.

President Joe Biden designated Camp Hale a national monument in a proclamation Wednesday, Oct. 12, the same day the president is traveled to Colorado to deliver remarks about the designation. You can watch the full speech, which included other Colorado leaders like Governor Jared Polis, in the video player below.

The president's plans for Camp Hale were first reported by The Los Angeles Times and confirmed by Rocky Mountain PBS. The 53,804-acre national monument will also include the Tenmile Range.

"This action will honor our nation’s veterans, Indigenous people, and their legacy by protecting this Colorado landscape, while supporting jobs and America’s outdoor recreation economy," a statement from the White House reads.

There are also environmental and preservation benefits that come along with national monument designation. Camp Hale’s historic buildings will be preserved, and the designation could prevent mining and drilling in the area.

Also on Wednesday, the Biden administration announced a proposal to block drilling and mining on nearly 225,000 acres of land in the Thompson Divide area. The Interior Department and the Forest Service are overseeing a 90-public comment period on the president's plan. "Additionally, the agencies will begin preparing an environmental analysis to inform whether the lands should be withdrawn for a period of up to 20 years," according to a press release from the Interior Department.

The news about Camp Hale does not come as a surprise. In September, The Washington Post reported that Biden had been eyeing the hallowed site between Red Cliff and Leadville in Eagle County. Plus, in late August, Democratic Senators Michael Bennet and John Hickenlooper of Colorado joined U.S. Rep. Joe Neguse (D-Lafayette) and Governor Jared Polis in urging the president to use his authority to make Camp Hale a national monument.

“The history of this area, including the role that it played in preparing the 10th Mountain Division for some of the most difficult moments of World War II, makes it the ideal candidate for a national monument designation,” the letter reads.

You can read the letter in its entirety here.

Approximately 15,000 soldiers were trained in mountain warfare at Camp Hale, creating arguably the most capable military mountaineers in the world. Soldiers learned to ski and climb, and would eventually be called into battle in 1945 to help break through the German supply line in Italy, something the Allies had failed to do on multiple attempts.

The training paid off. On Feb. 18, 1945 — roughly seven months before the end of the war — the 10th Mountain Division scaled northern Apennine Mountains of Italy in the dead of night and surprised the Germans at dawn. Although they suffered heavy losses, the 10th successfully broke through the German defenses and helped the Allies secure victory in what is now known as the Battle of Riva Ridge.

Soldiers who trained at Camp Hale returned from the war with a passion for outdoor recreation. Wes Siler of Outside Magazine recently wrote, “Camp Hale’s importance to the ski industry cannot be overstated.” Thousands of troops went on to become ski instructors, and more than 60 ski resorts in America were founded by veterans of Camp Hale.

As the Colorado lawmakers pointed out in their letter to Biden, “many of the veterans of the 10th Mountain Division returned to Colorado after the war to establish our state’s outdoor recreation economy by starting the ski areas that Colorado is known for, further establishing the role Camp Hale and its veterans have played for our state and nation.”

[Related: The Nazi-Fighting Winter Soldiers Who Taught America to Ski]

Bennet, who faces reelection in November, will join Biden in his trip to Colorado. He celebrated the president's announcement Wednesday.

"I can't think of a better choice," Bennet said about Camp Hale in a tweet. "This wouldn't have happened without the tireless work of a broad coalition of Coloradans who have fought for these protections for years."

Congress could have prevented drilling in the Thompson Divide and designated Camp Hale a national monument, two things Bennet advocated for in the past with the CORE Act, but Republicans in Congress blocked the bill's passage.

Biden has now used the Antiquities Act to bypass Congress and create the national monument.

U.S. Rep. Lauren Boebert, (R-Rifle) and other Republicans recently wrote their own letter to Biden, saying “while Camp Hale and our servicemembers that were stationed there made important contributions to World War II, we don’t support the efforts of extremist environmentalists who are seeking to hijack this historic place to create a new land designation.” 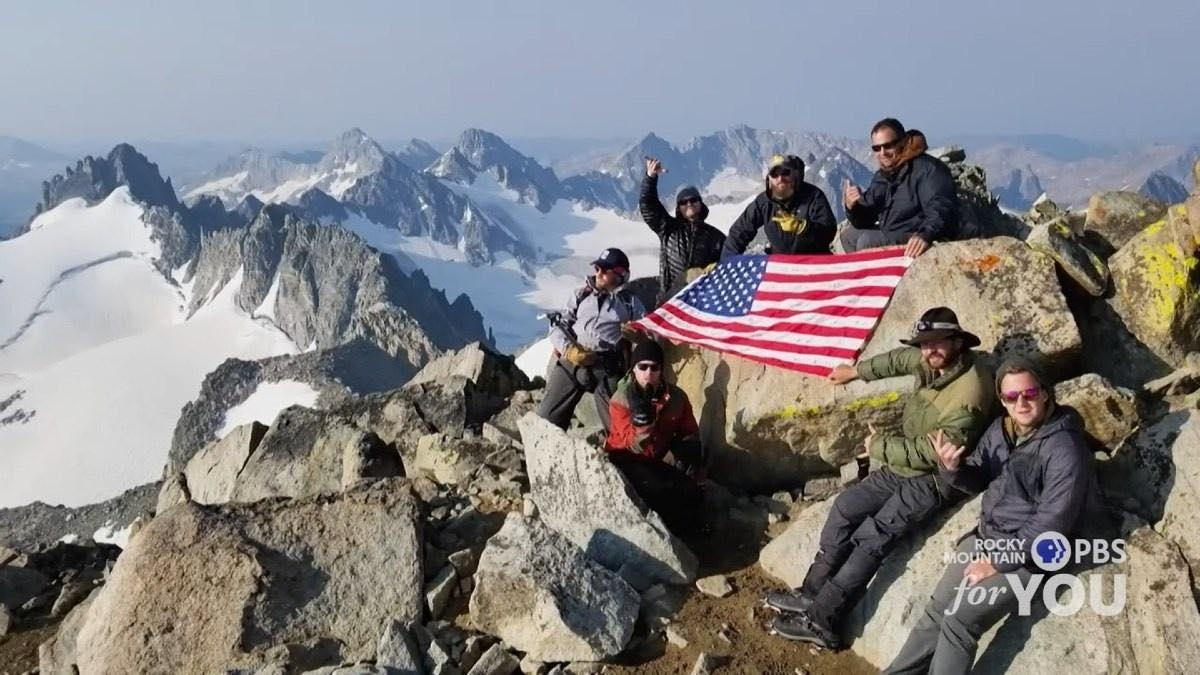 Veterans advocate for healing power of the great outdoors