BOULDER COUNTY, Colo. — When Collin Tomb was thinking about the Marshall Fire, she asked herself how her team at Boulder County’s Office of Sustainability, Climate Action and Resilience could make sure they weren’t missing people in the response.

Immediately, she thought geographically. “I was thinking about the cities, and I was trying to picture in my mind ‘where might people get missed,’” Tomb said. “And I realized we actually have that tool.”

Coincidentally, she had already been working with Resilient Analytics, a local climate science firm, to develop a tool that incorporates socioeconomic data into an interactive map, identifying climate risks in Boulder County, all the way down to individual neighborhoods.

They were testing the tool when the Marshall Fire sparked.

Boulder County uses an "equity map" to respond to disasters

“They gave us a call a couple of weeks afterwards and said, ‘We really need to look at mapping this fire area to help determine who needs help. Can you pivot and do this for us really quickly?’” recalled Paul Chinowsky, a co-founder of Resilient Analytics.

“I thought maybe if instead of just getting beta on a generic tool … in case of a disaster, we have a disaster that we can use to test it right now,” Tomb said.

Chinowsky directed his team at Resilient Analytics to switch gears and start customizing the tool. They added new data sets, mapping damage from the fire and the extreme winds that day.

“We had to do something that was easy to use, put data together that nobody in the county had ever put together before and look at it from a perspective of recovery and future resilience and do all that as fast as possible,” Chinowsky said. “I lived in the area for 20 years and I was finding out things about the demographics of the area … I was completely surprised.”

The Marshall Fire’s historic devastation — more than 1,000 homes destroyed, the most in Colorado history — likely would not have been possible without the wind. During the fire, the National Weather Service in Boulder recorded winds gusting between 80 and 100 miles per hour.

In addition to the hundreds of homes and businesses damaged by fire and smoke, many more suffered significant wind damage.

“The wind event actually did enormous damage to people's entire homes to where they became really not safe,” Tomb said. “In manufactured housing parks, there are several of them that sustained enormous damage. That is something that the equity effort is working to [address].”

[Related: The high winds that fueled the Marshall Fire are not unusual. Here is how to prepare.]

Many residents of the Vista Village Mobile Home Community in northeast Boulder still do not have the money to even begin to repair their homes. The wind event at the end of 2021 damaged roofs, peeled away skirting and insulation, and twisted entire homes.

“I saw many damages everywhere in this community,” said Magali Botello, an emergency response connector for the City of Boulder and a resident of Vista Village.

Soon after the wind, it snowed.

In addition to power outages caused by the wildfire and the wind, Xcel Energy shut off electricity and natural gas service to many in Boulder County as a safety precaution.

“Oh my gosh, I don’t have a skirt. And [it is] a mobile home. The insulation is gone,” Botello said as she recalled the conversation she had with her husband when they learned a snowstorm was coming. “Nothing work[s] in here. [We] just put blankets around us and pray[ed].”

[Related: Colorado's mobile home parks are becoming a lucrative business, but not for residents]

The City of Boulder has distributed grants of $5,000 to some Vista Village residents to help pay for repairs. But they need more help. “They focus more on the fire people than the wind people,” Botello said. “Half of [my] mobile was twisted. You can see the cracks [in] the walls.”

Botello admits language is even more of a barrier for many of her neighbors. “The language is one of those things [that is] hard for the Latino community, because… they don’t have the privilege to speak English. The big problem… in this country [is] the people [are] scared.”

The urgency of a survivor

On several occasions, Paul Chinowsky’s team at Resilient Analytics has used his own home in Louisville to test the equity map. That is because Chinowsky is also a survivor of the Marshall Fire.

“I was involved with the fire, affected by it, so it meant something to me,” Chinowsky said during an interview with Rocky Mountain PBS. “And [the equity map] was a way that I felt we could help people out.”

The fire burned right up to Chinowsky’s back door. Within view of a fire station, firefighters saved his home by creating a fire line just beyond his back porch. That did not, however, save his home from smoke and water damage.

“We’re still out of our house, still have several more months to go before our house will even possibly be ready,” Chinowsky said. “Pretty much, we've had to gut the house. All the furniture had to go. Anything that was soft goods, materials that could absorb fire smoke had to be thrown out. So bedding, lots of clothing had to go. Pillows, blankets, anything that wasn't solid wood or metal.”

From the outside, Chinowsky’s home looks like a normal house. On the inside, there is not much left. He says almost everything was contaminated, including the water still sitting inside the plumbing of the house.

“The components of wildfire smoke when it occurs in an urban area are pretty toxic,” said Tomb, a climate and health strategist. “It’s burning plastics. It’s burning solvents, carpets and not the kind of thing that you really want embedded in your home.”

Both Tomb and Chinowsky acknowledge some families have been forced to return to living situations that are unsafe because they have no other choice.

“I would have to say that my personal experience has really created more urgency in me to help people who don’t have the resources,” Chinowsky said.

A tool for future disasters

Chinowsky and Tomb consider the Marshall Fire a warning about future climate disasters, and they view the equity map as a tool responding agencies can use to reach people who need the most help.

“Globally, the folks who have contributed the least in terms of greenhouse gases per capita are impacted the most by climate change on average,” Tomb said. “We see that locally here as well. Folks who generally have the fewest resources are also contributing the least greenhouse gases to the system through consumption. Those folks are going to be — and are — the most impacted by the really tragic changes brought about by climate change.”

Currently, the equity map is not publicly available and privacy concerns have been addressed. For example, some socioeconomic data has been averaged and presented at the neighborhood level. There are plans to make the tool available online to everyone.

“The map tool — together with the equity tool — are living documents,” Tomb said. “They are going to evolve as we learn more, as we are able to access more data sources and as we learn to adapt better and become a more resilient community. [The] tools will help us, and they will evolve with us.”

Colorado Voices: Building Back Better After the Marshall Fire 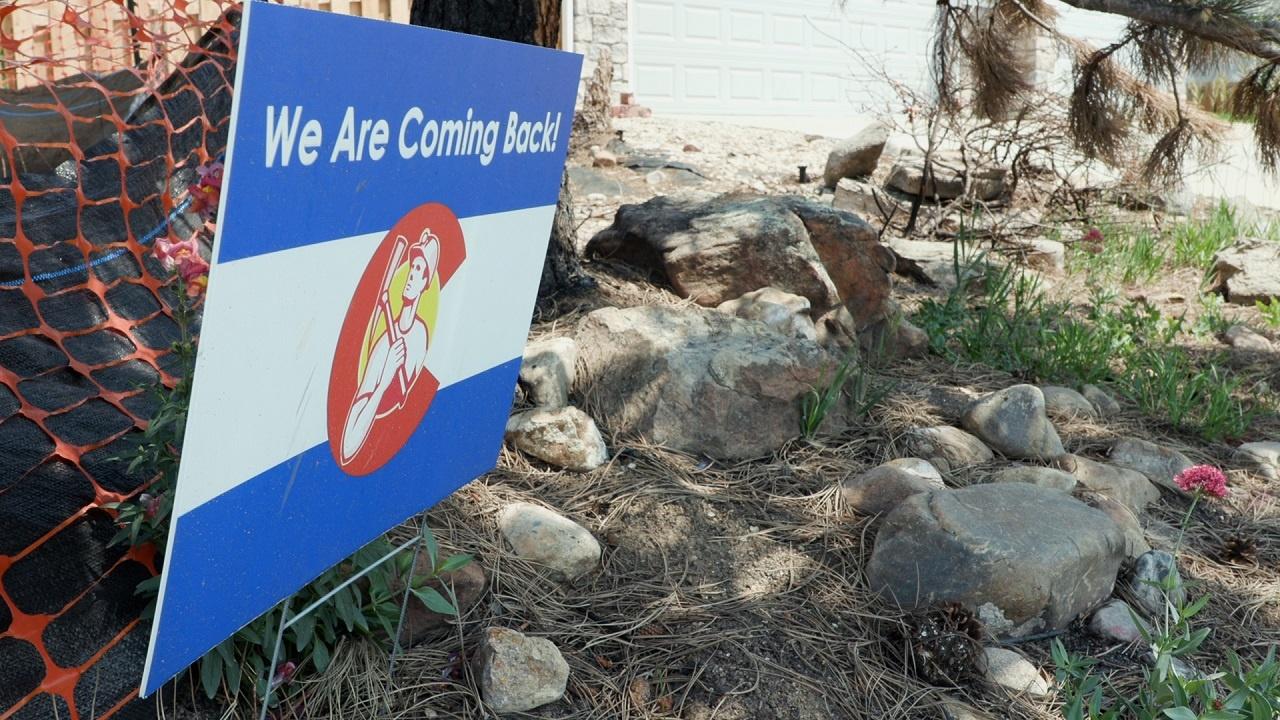 A push to rebuild better after the Marshall Fire