A house with a colorful past stood for 111 years in Superior. Then came the Marshall Fire.

SUPERIOR, Colo. — The house's story was almost as old as the town of Superior itself, founded in the 1890s when coal was king in the area.

It was built in 1910 — when William Howard Taft was president, when the Titanic was being constructed. It was part of a cluster of housing for coal miners, and at one point served as a brothel for the workers, the property's rental manager said.

Now the house at 101 Coal Creek Drive is gone, destroyed by the Marshall Fire.

About all that was visible on the site on Jan. 2, poking up through a blanket of snow, were a charred washer, a dryer, a refrigerator and a chimney.

"111 years of history, now gone. Very sad," said Robin, the property manager, who asked that her last name not be used.

As she scanned the site, Robin said she was feeling "a little overwhelmed right now." She described the destroyed home as "a cute little farmhouse-style" structure on a big lot, near Superior's Asti Park.

The Marshall Fire rampaged through the area on Dec. 30, borne by ferocious winds. It destroyed at least 991 structures, including 332 in Superior, Boulder County officials said Jan. 1. It has been declared the most destructive fire in Colorado history in terms of structures lost.

You can search of preliminary list of which homes were destroyed or damaged here.

The blaze struck capriciously in the vicinity of the 111-year-old Superior house, burning it and a home across the street, but sparing several others nearby. The Superior Town Hall a block away also still stands.

“I thought I was going to see everything leveled and that's not the case at all," Robin said. "... What I find fascinating with fires in general is how a fire like this can hopscotch to random structures ... It's almost like a fire has a mind of its own."

The man living in the home and his dog safely evacuated, she said.

The fire taught lessons, Robin observed: "Everybody needs to have a plan. They've got to have a backup plan. I think we all tend to get a little bit complacent in our living situation and we can't be that way."

She added: "This is not supposed to happen in a suburban area, and it did. This should be a wake-up call to everybody now. If it can happen here, it can happen anywhere, even in your own neighborhood." 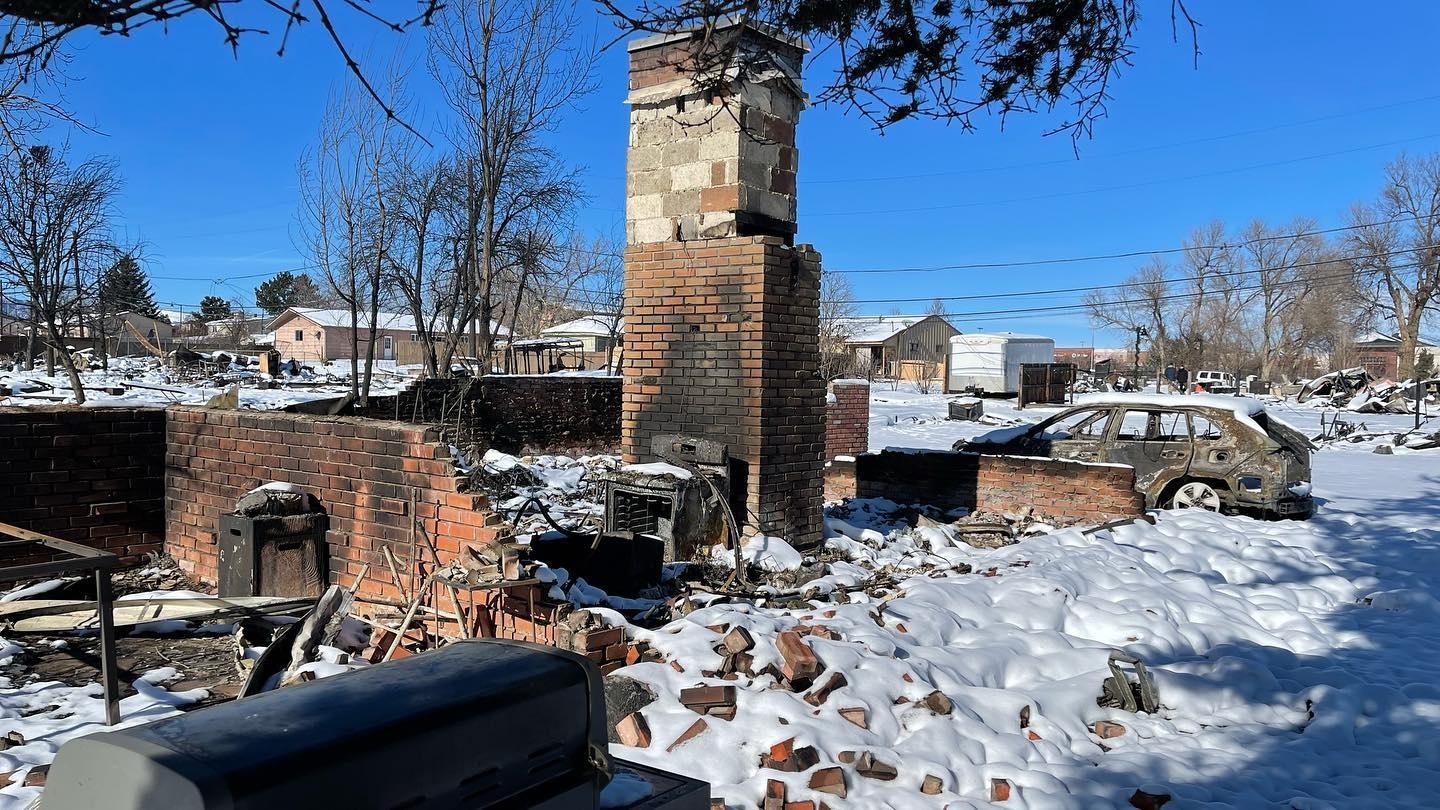