DENVER — "I just think that one, being Black and a woman, and then being a minority there are just a lot of things that set you back and also being the age that I am, you’re not taken seriously and you just don’t have access to certain things because I am Black and I am a woman, and you are usually pushed to the side," said Phoebe Amoako.

Amoako, an 18-year-old Black woman, Itzel Pacheco, a 17-year-old Mexican-American young woman, and Stacey Adimou, a 16-year-old Black young woman, all have a few things in common: They are young women of color with big dreams, and they are all involved in Young Aspiring Americans for Social and Political Activism (YAASPA).

YAASPA is a nonprofit that supports Black, Indigenous and People of Color (BIPOC) and other marginalized middle and high school students. The Denver-based organization exposes kids to career pathways to pursue degrees in social justice, teaches them about civic literacy and provides scholarships and skills to help dismantle racism within the education system. The program's motto is "Redefine the standards to pull down the barriers," meaning YAASPA's goal is to break down institutional racism within communities to connect those in the "ivory tower" to marginalized communities.

Amoako, a college student, said that she has been with the YAASPA organization since she was 12 years old. She further explained, emotionally, that her parents did not go to college, so graduating with a degree in computer science is a massive goal for her.

"We all know the world, or especially here in America, that it is catered to people who are not minorities. Institutional racism is against BIPOC people," Amoako said. "Because of systemic racism, YAASPA helped me understand that my voice is important and that I need to be heard. I used to be very shy, but YAASPA taught me how to go beyond what the system tells me to do. I define my future."

Pacheco shared she has dealt with racism growing up, primarily when she saw how people treated her mother, who is from Mexico and has limited understanding of the English language. Because of this, Pacheco and her sister helped translate for their mother while she struggled to juggle two jobs to provide for the family. Witnessing these hardships has inspired Pacheco to either start a business or go to college because her mother was not in the position to do either.

"In YAASPA, we discuss topics like social justice, environmental justice, mental health," Pacheco said. "We have open conversations where we all express our ideas about what matters to us. We are a family, one community together."

"Historically, Black and brown communities do not want to accept the fact that mental health is real, and that it is OK for you not to be OK and to go through depression and have emotions," Pacheco explained. "In my family or Hispanic culture, men want to achieve what we call 'machismo.' Often, Hispanic men find their worth in working all the time or don't show emotions. We must change that mentality. We have to teach our Black and brown communities that mental health is a real thing."

Adimou told Rocky Mountain PBS about a YAASPA project she worked on called "A Tale of Two Cities"— a fitting name for her findings. Adimou asked Denver Public Schools (DPS) students from predominately white schools and kids from minoritized schools (i.e., institutions in which a majority of students are non-white) what they felt was lacking to help them succeed in school. She discovered significant disparities: data showed that students at the predominately white schools felt there should be more funding for school sports. In contrast, the students at the minoritized schools felt there needed to be more funding for mental health.

"After these findings, I thought to myself, Wow! People would never believe these schools are in the same district. Even though these schools are both in the DPS district these students had drastically different experiences," explained Adimou.

Adimou said she, Amoako, and Pacheco all personally know and have worked together on various YAASPA projects. She added: "It's so nice to be around other women of color; they inspire me even if we are the same age."

Brenda J. Allen, Ph.D., RootED's Board Chair, told Rocky Mountain PBS that she is impressed with YAASPA members and the goals the nonprofit has. She recalled a critical study RootED conducted with YAASPA, and other organizations last year called "Community Views on Quality and Equity in Education." The study was a community report to bring in the voices of BIPOC students, families, and educators to find out the meaning of an equitable and quality education.

YAASPA and community organizations collected data and conducted interviews over a period of five months. They gathered 200 community surveys and 28 community interviews in English or Spanish. Each interview consisted of three to 10 participants with a total of 92 interviewees. The results found common themes around addressing racial justice within DPS and ultimately led to the ten recommendations listed below.

Among the educators who helped facilitate the study was María del Carmen Salazar, Ph.D. She spoke about how compelling the findings of this study were. "These students are finding their voice," she said, "and that is incredibly powerful!"

Salazar, a Mexican woman, can recount strong memories of mistrusting the DPS system. Those memories were a big reason she wanted to be part of this study and ultimately why she decided to pursue a career in education.

"I am a graduate of DPS, and I received a de-humanizing education, one that did not prepare me to be successful. I often tell people I succeeded despite my education. So basically, my initial experience with education not being positive led me to be an educator so students can receive what I did not," Salazar explained.

Allen strongly expressed that young people are "the future."

"Our society and our world depend on these generations that are behind me. The travesty is, we know how to do better but we're not doing that yet. The only way we can get there is if we fully incorporate young people in everything we do in education and in every aspect of society," Allen expressed.

Ultimately, while speaking with the students, Amoako said she loved to see YAASPA grow every year and encourages BIPOC youth to leave their options open.

"Involve yourself in as many things as you can," she said. "Your voice is important."

YAASPA was co-founded in 2010 by Dr. Janiece Mackey, an African American social scientist, and her husband. The YAASPA website states she started the nonprofit because she was inspired by her academic and career experiences. You can learn more about Dr. Janiece Mackey and her personal academic journey here. A proposal and resolution was for Martin Luther King Jr. Early College, to have more inclusive curriculum and books that reflect Black Excellence. 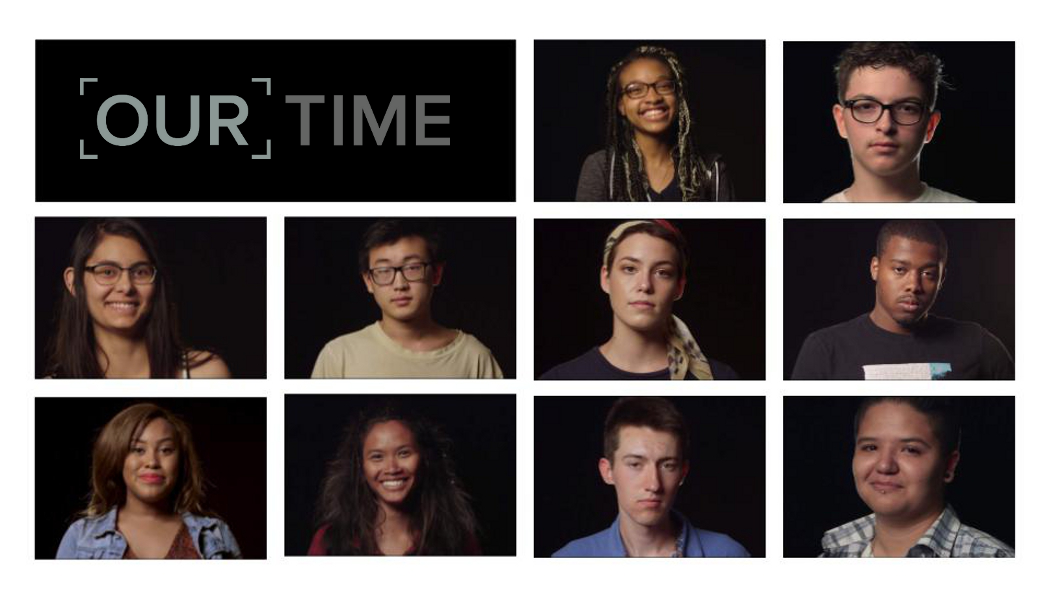 Teenagers from Colorado used their gift of storytelling to confront serious subjects.