Good Judy Garage posted an update about their fundraiser for Club Q victims in partnership with the National Compassion Fund. The update said they held the first steering committee meeting Tuesday night and in about one week, they hope to publish a draft protocol for eligibility to receive part of the money raised.

Once published, Good Judy Garage said the protocol will be open for public comment online, and they plan to hold a townhall meeting in Colorado Springs the week of Jan. 15, once the venue is confirmed.

Good Judy also said if someone who was physically present at Club Q the night of the shooting, they should sign up on National Compassion Fund website for updates to continue to get information as it develops.

SHERIDAN, Colo. — When tragedy hit close to home, Faith Haug immediately looked for a way to support the victims.

“I went online to try to donate to somewhere, and there was nowhere set up. So, I set up a GoFundMe. That was it,” she said.

That was far from it.

Faith co-owns Good Judy Garage with her spouse CC Haug. Together they started this business just outside of Denver in late 2021 to create a safe space for those in the LGBTQ+ community and beyond when dealing with car repairs. Everything they do, down to the name, is intentional.

They don't take that responsibility lightly. On Saturday, Nov. 19 just before midnight, a shooter killed five people and hurt 17 others at Club Q, an LGBTQ+ club in Colorado Springs. For Faith, she felt like she had to do something, especially as a queer business owner.

“If I have the platform to get something like that out, that's my responsibility. And, you know, this is not about our shop whatsoever, but being able to spread that on our social media through the shop and all of that does have an effect,” said Faith.

So she started a GoFundMe, specifically for the victims and those directly impacted by the shooting.

“You know, one fund can't meet every need. Our fund is to give direct, you know, cash check payments to the victims that were directly involved,” Faith said, pointing out there are other funds for club employees, people facing trauma but weren’t physically present and federal grants coming in for things like memorials.

Over the matter of a few days, the fundraiser quickly gained traction, garnering support from people all over the world. Just two and a half weeks after the tragedy, people have donated more than $800,000 to the fund.

“I'm amazed by it, but I'm not surprised because the community shows up,” said Faith.

From celebrities, to bars, to tattoo shops to anonymous donors, the fundraiser continues to grow every day, which, among other factors, led Faith to partner with the National Compassion Fund. This nonprofit organization was started in partnership with victims and family members of past mass shootings, including the Aurora Theatre shooting.

Partnering with this fund, Faith said, will help make sure all money intended to directly help the victims truly benefits them. Over the past two weeks, she said she has spoken to many previous victims of mass shootings and many of them spoke about the difficulties of receiving funds after a tragedy. For example, if someone is receiving federal benefits for something unrelated, receiving funds from GoFundMe will be seen as more income and disqualify them from that benefit.

“The responsibility I have with this fund is to make sure that it only helps,” Faith explained. “In trying to help, I can't … I don't want to cause harm. And so that's the reason that it's being done this way.”

One of the frequently asked questions Faith addressed in the fundraiser posting is: why is the money not going to the Colorado Healing Fund? That fund was also created to help victims of mass shooting and was initially funded by the Colorado Attorney General's Office. It often is pointed to as a place to donate after tragedies in Colorado. However, Faith said donors have specifically asked them not to give the money raised to that fund.

"Because they are unhappy with how funds from the SolTribe tragedy and others have been handled, high administrative fees, and the inability to have much say in where the funds go. We are not bad-mouthing the CHF – any donation is a good donation!" she wrote in the GoFundMe description.

On Tuesday, the Colorado Healing Fund, or CHF, announced that it secured underwriting support to cover the majority of expenses for administration of the fund for Club Q victims. In the announcement, CHF said this means the $1.9 million raised to date and all future funds raised for Club Q will be dedicated entirely to victim assistance.

For Faith, it's all about keeping the victims in mind even during an emotional and trying time she's experienced through this fundraiser.

“It's heavy. It's a lot of responsibility to a lot of people, and it has to be done the proper way. And so it's been ... it's been stressful, but I'm not dead and I'm not shot. So it's really nothing in comparison to what, what those people are going through,” Faith explained.

The Good Judy Garage fundraiser is still open in hopes it continues to grow after receiving advice from survivors of other mass shootings to keep it open as long as possible to raise more money. People can donate through the GoFundMe or by going through the National Compassion Fund site. All of the money goes to the same place with the same intention — to help the victims.

Faith’s message to those who want to support: “Just keep sharing it and hopefully we can continue to grow it so that there's more for the victims at the end of it.” 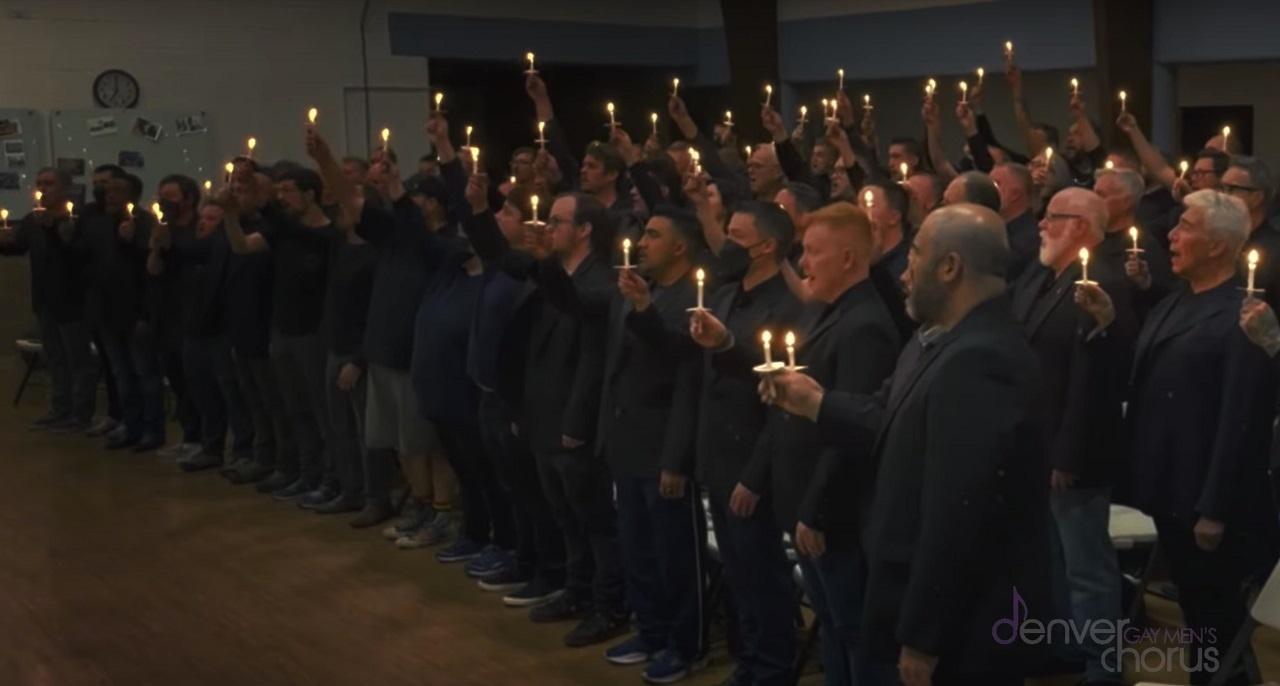 A musical catalyst for change for over 40 years, the socially-charged performances of the Denver Gay Men’s Chorus will honor the lives of those affected by the tragedy at Club Q during their annual holiday show. 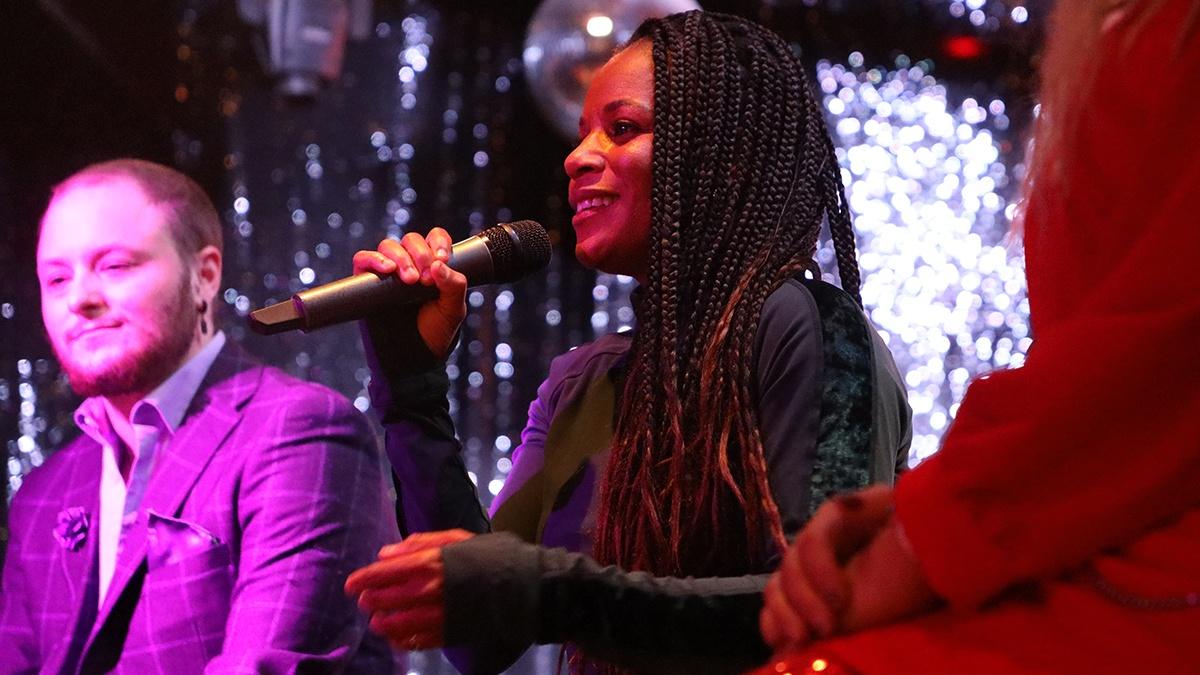 Permanent security. Diverse performers. Bars in safer parts of town. Those were three of the many ideas tossed around by LGBTQ+ entertainers, bar owners and community activists about how to make queer spaces safer.