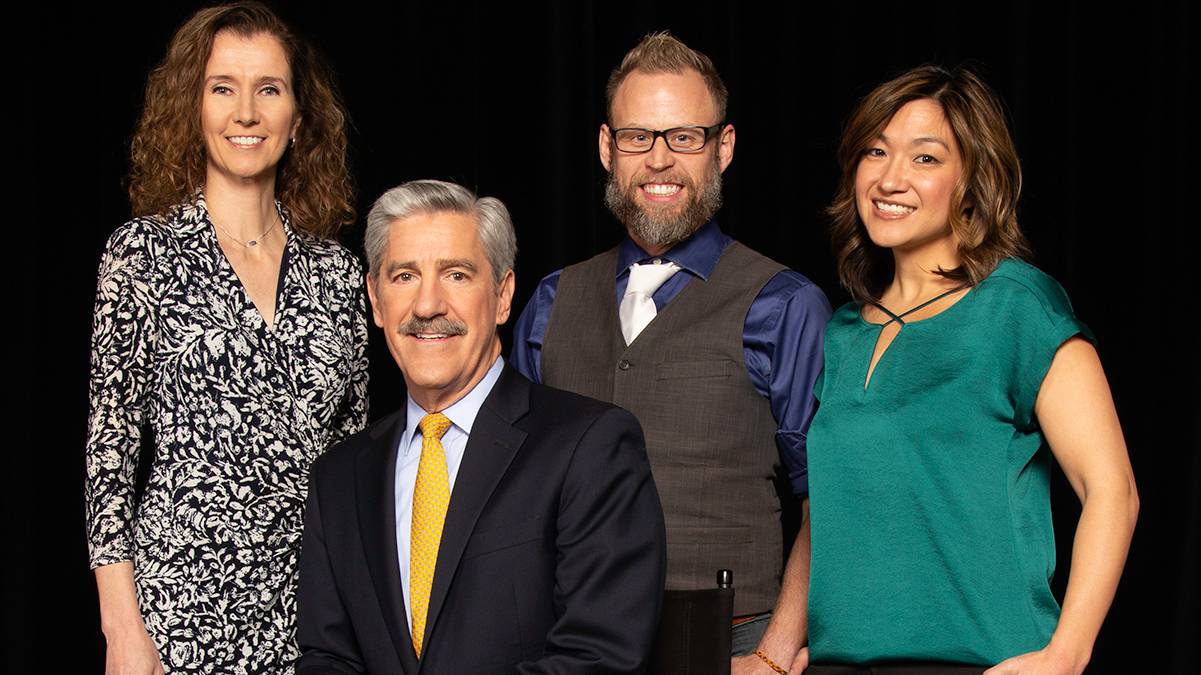 The broadcast equivalent of the Pulitzer Prize, the duPont-Columbia Awards honor the best in broadcast and digital journalism while recognizing the contributions of news organizations to local communities and the nation. “Insight” will be one of 16 recipients receiving a duPont Baton on Jan. 22 at the 77th annual awards ceremony in New York City.

“This is an extraordinary honor on so many levels for Rocky Mountain Public Media,” said Amanda Mountain, president and CEO. “At a time when journalistic enterprises are under attack, John Ferrugia and our ‘Insight’ team are examining significant issues in Colorado and nationally, elevating the public conversation on important topics, and sharing their in-depth investigations with other news outlets.”

Launched in 2016, “Insight with John Ferrugia” is a new model for public service journalism that differentiates from other news reporting by delving deeply into issues of common concern with context, data and impact. “Insight” tells in-depth, investigative stories of public importance that often inspire the public to action in ways that can strengthen the civic fabric of communities.

"Besides the outstanding reporting ‘Insight with John Ferrugia’ exhibited, the jury was also impressed that ‘Insight's’ important work is being shared to other Denver-area stations and Colorado media outlets to maximize reach and impact," said Lisa R. Cohen, director, prizes department – The duPont-Columbia Awards.

Hosted by Ferrugia, a nationally recognized, award-winning investigative journalist and previous duPont-Columbia award recipient, “Insight” won for its “Imminent Danger” special report on so-called “red flag” laws that allow a judge to temporarily remove a mentally ill person’s access to guns. When it first aired on RMPBS in April, the program generated public conversation and was shown during a bipartisan state legislative hearing to inform the dialogue around an impending red flag bill.

“Insight” joins three other public media television broadcasts in receiving the prestigious award this year: FRONTLINE PBS, the recipient of the first Gold Baton in a decade; the investigative news partnership of Reveal, PRX, PBS News and the Associated Press; and “The Vietnam War” documentary series directed by Ken Burns and Lynn Novick.

“Such recognition is infrequent for a local PBS station not affiliated with a national investigative news program,” Mountain said. “We believe it is evidence that this new collaborative model of public media investigative journalism is filling a void.”

“Imminent Danger” examined the public policy challenge of balancing the rights of the mentally ill with the need for public safety, and sparked conversation on mental health and guns both locally and nationally. Developed over a year, the investigation included exclusive interviews with the mother of a mentally ill man who killed a sheriff’s deputy, as well as the parents of Aurora theater shooter James Holmes.

“I’m honored to be recognized for work that I love to do,” Ferrugia said. “‘Insight’ was basically a start-up investigative journalism program two years ago, and now a panel of judges has put it in the top tier nationally against not only public media but also commercial broadcast and digital outlets.”

“‘Imminent Danger’ is an extraordinary piece of work that epitomizes public broadcasting’s unique ability to shed light on the issues facing communities in every corner of this country,” said Paula Kerger, PBS president and CEO. “Congratulations to Rocky Mountain PBS for receiving this well-deserved and prestigious honor.”

“This award underscores the value of public media investigative journalism,” Frank said. “As media outlets across the state consolidate or close, we are collaborating with news organizations including 9News and ‘PBS NewsHour,’ and sharing our in-depth content to support Colorado communities.”

Now in its third season, “Insight” provides thoroughly researched stories of significance in Colorado and the nation and can be viewed online here. Upcoming stories will include a special report on the visible and invisible scars left from school violence. It will air in April, near the 20th anniversary of the Columbine High School shooting.

In 1942, Jessie B. duPont created the Alfred I. duPont award as a tribute to the journalistic integrity and public-mindedness of her late husband. Since 1968, the Graduate School of Journalism at Columbia University has administered the awards.