About Insight with John Ferrugia

Rocky Mountain PBS produces in-depth, research-based journalism that many newsrooms couldn’t do alone. We collaborate with the most respected news outletsto deliver this journalism to millions of Coloradans. Together with our media partners, we’re filling a void in serious public-service journalism, bringing more in-depth news to the places you already look for your news: your newspaper, radio, television, computer and digital device. We produce journalism that makes a difference.

RMPBS News reports on issues of statewide importance and local impact. Our specialty is turning complex information into compelling multimedia stories – so citizens can make better-informed decisions. Our focus is high-impact, investigative journalism with an emphasis on data analysis, statistical analysis, data visualization and public records research. These are skills most newsrooms currently lack. However, these are skills that are urgently needed to produce public service journalism. Traditional news sources face tighter resources and more deadlines. They don’t always have the time or specialized skills to do it all. RMPBS News is there to help.

Help sustain quality journalism with a donation to RMPBS. 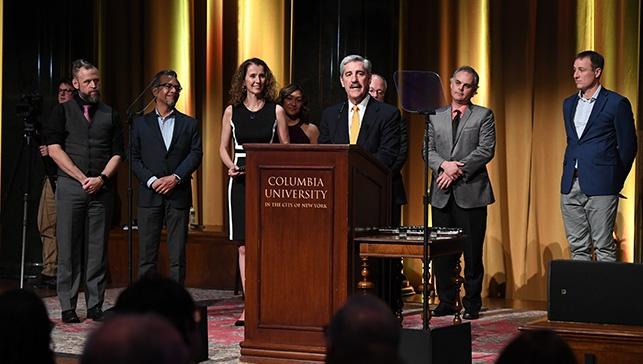 John Ferrugia, Anchor/Managing Editor of “Insight with John Ferrugia”
John Ferrugia is Colorado’s most honored investigative reporter. His reports have led to changes in state laws, rules and regulations in consumer protection, traffic, child welfare, mental health, and other areas of public policy. His reports on sexual assaults at the U.S. Air Force Academy spurred congressional and Pentagon investigations that prompted a change in leadership and instituted reforms at all military academies to protect victim’s rights.
After a 2018 RMPBS “Insight with John Ferrugia” investigation into access to firearms by known mentally ill persons, the state legislature passed a new statute allowing temporary removal of guns from a potentially violent mentally ill owner.
John joined Rocky Mountain PBS in 2016 to work with an experienced team of reporters, producers, and photojournalists focused on bringing reliable, credible and data-driven information to Colorado and beyond. He has been an investigative reporter in Denver since 1989, coming from CBS News, where he was a White House correspondent and later a principal correspondent on the newsmagazine “West 57th.”
John has been honored with journalism’s most prestigious awards for his investigative reporting, including three Peabody awards, two duPont-Columbia awards, a national Edward R. Murrow award, a national Investigative Reporters and Editors award, a national Society of Professional Journalists award, more than twenty regional Emmy awards, and numerous additional awards from the Colorado Broadcasting Assn. and the Associated Press. His motivation has always been “to use my talents in some way to benefit our community.”

Jason Foster, Investigative Photojournalist and Editor
Since the age of 8, Jason Foster has had a camera in his hands and a passion for finding and telling a good stories. With over twenty years of experience working in television, Jason has documented and been on the front lines of some of the country’s biggest news stories. He’s also an accomplished documentary filmmaker, specializing in investigative journalism. When he’s not taking pictures, Jason likes to play chess, garden, attend Burning Man, and talk about himself in third person. Jason Foster is an Investigative Photographer/Editor for INSIGHT at Rocky Mountain Public Media.

Brittany Freeman, Investigative Producer
Brittany Freeman is a graduate of the journalism school at the University of Nevada, Reno. Prior to coming to Denver, she worked with the nationally-recognized investigative team at WSMV in Nashville, Tenn. She also worked with the investigative team at KMGH Denver7 before joining Rocky Mountain PBS in 2018. Brittany is always looking for new stories. Send tips to BrittanyFreeman@RMPBS.org or find her on Twitter at @rittanyreeman.