As opioid deaths rise, a Greeley family speaks about losing their son to fentanyl

Note: An earlier version of this story incorrectly stated that Colorado sheriffs were present at a March 24 press conference with Governor Jared Polis and other lawmakers who were introducing House Bill 22-1326. Public Safety Colorado released a statement about the bill, but was not at the press conference.

He was affectionate with his mother well into adulthood. He was a natural leader. He loved being outdoors and exploring the world around him.

Zach had shaggy dark hair and deep brown eyes that hid decades of pain, numbed out with alcohol, marijuana and eventually, opioids.

When things took a downturn

Zach lost his biological father when he was just 3 years old. His stepfather, Marley, quickly stepped in and helped raise Zach, but the pain of losing a parent at a young age remained.

“It haunted him, as much as I tried to help,” said Zach’s mother, Sheila English-Ogden. “He was in pain.”

When he entered high school, Zach began drinking, often sneaking alcohol from his parents’ liquor cabinet. Over time, the drinking progressed and Zach picked up a marijuana habit. Once he graduated high school and began playing collegiate baseball at Concordia College, drinking and marijuana usage evolved to something more deadly: opiate pills.

Greeley family warns of the dangers of fentanyl

The pills wreaked havoc on his family’s life, as they led to anger outbursts and withdrawn emotions.

“Our life became a crisis,” Sheila said. “We were always in chronic crisis mode, because there was always a certain level of crisis in our family.”

Zach's opiate usage eventually led him to legal trouble when he fell asleep with his foot on the brake at a traffic light. After receiving a charge for driving under the influence, Zach’s parents helped him get into his first rehabilitation center in 2014.

The pattern after the initial rehab seemed like an endless cycle: Zach became sober and remained close to his family, addiction crept back into his life, he erupted into physical fights with those around him and eventually realized he needed help again.

“He was always very sorry the next day, and we were always scrambling to help him fix it, because we thought that's what we were supposed to do,” Sheila said. “I would like to think it was never intentional.”

Though the problem seemed to get worse each time, those around him never suspected Zach was an addict. He was charismatic, worked hard and made strangers feel loved — qualities his parents will always remember about him.

“He was such a happy-go-lucky person that you never would have known,” Sheila said. “He was very high performing.”

The calm before the storm

Zach’s sobriety had been steady for several months as Christmas approached in 2019. His mental state seemed to improve and by all measures, he was beginning to reclaim his life from the shackles of addiction.

Then came Christmas Day. The English-Ogden family gathered together and Sheila detected abnormal behavior in Zach. Still, after a tumultuous year, she wanted nothing more than to enjoy the holiday with family. She took an unusual step and let herself relax and watch movies with her family, rather than running to clean the dishes. Sheila remembers laughing and feeling a sense of peace as her family surrounded the television and watched Christmas films.

Though she did not know what was on the horizon, Sheila will always cherish her last moments of happiness with her son.

After spending a peaceful Christmas together, Sheila hoped to continue her time with Zach. Two days after the holiday, she invited him over to watch “Dolly Parton’s Coat of Many Colors,” a movie documenting the country star’s life.

Zach declined the invitation, but the two were texting throughout the movie. Sheila explained Parton’s legacy. Zach sounded interested.

Then the texting stopped.

“I worked pretty hard to cut the apron strings that year with Zach, so when the texting fell off, I decided to just let him be,” Sheila recalled.

Still, Zach had a reputation for always responding to texts. The response could be brash, offensive or distant, but a response always came.

After hours of waiting for an inevitable response, Sheila grew worried when she didn’t get one. As the concern continued to overtake her mind, Sheila, Marley and their oldest son went to Zach’s apartment and asked the property manager to let them in.

The nightmare-come-true is engraved into Sheila’s mind. Zach had dropped to his knees and was no longer breathing. The family’s oldest sibling — a former police officer and volunteer firefighter himself — called 911. Emergency responders transported Zach to the hospital for a toxicology and autopsy report.

The report led to a disheartening discovery: Zach only took half of an Oxycontin pill, but the pill was laced with fentanyl, a cheap, illicit opioid given to hospital patients experiencing the most severe forms of pain. The United States Drug Enforcement Administration estimates fentanyl to be 80 to 100 times stronger than morphine.

“This was every parent’s worst nightmare,” Sheila recalled. “No parent wants to lose their child, but I feel like there are certain causes of death that are so heavily judged by society.”

Sheila is angry. She is angry at the dealers who unknowingly sold her son a fentanyl-laced pill; angry at the criminal justice system, which will likely never catch those dealers; angry at her son for taking the pill.

She is also suffering from a pain that, unfortunately, too many understand, as fentanyl deaths continue to spike.

And now, she’ll do whatever it takes to make a difference.

“You can’t do illicit drugs and not worry about fentanyl anymore,” Sheila said. “It’s in everything.”

Colorado’s attempts to fix the problem

A bipartisan group of state lawmakers and district attorneys from across Colorado have backed legislation aimed at reducing fentanyl overdoses.

At a press conference March 24, House Speaker Alec Garnett and Gov. Jared Polis spoke alongside district attorneys and a bipartisan group of lawmakers about the proposed legislation, which would increase penalties for people who manufacture, sell or distribute the drug and require people convicted of certain crimes involving fentanyl to undergo addiction treatment as a condition of probation.

“I’ve been working hand-in-hand with Colorado’s district attorneys to craft a comprehensive solution that attacks fentanyl from all sides and gives law enforcement the tools they need to crack down on this deadly poison,” Garnett, a Denver Democrat sponsoring the legislation, said in the news conference. “Fentanyl overdoses and fentanyl poisonings are killing far too many Coloradans and devastating our communities.”

While she applauds any efforts to combat the issue, Sheila worries the legislation may be coming too late, as fentanyl has made its way into many illicit substances.

Jeremy Moore is a senior multimedia journalist at Rocky Mountain PBS. You can reach him at jeremymoore@rmpbs.org. 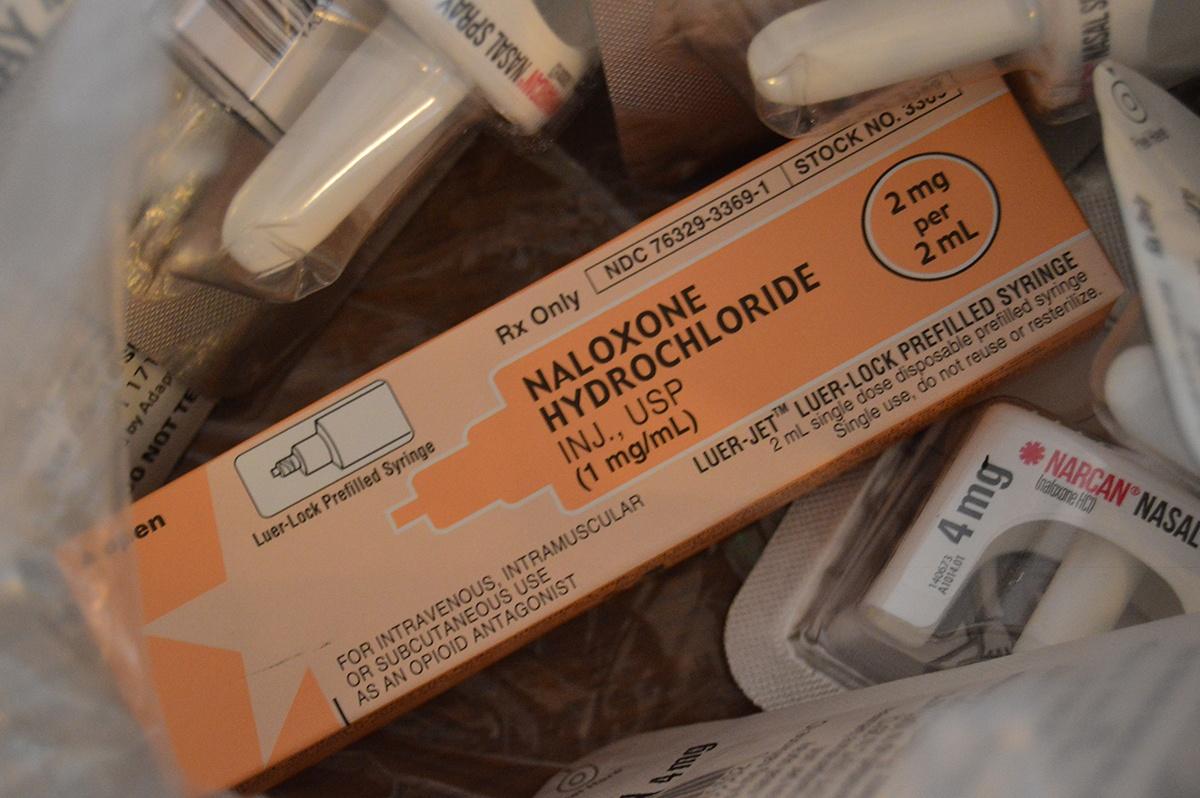