Sam Evans-Brown of New Hampshire Public Radio’s Outside/In podcast has this story about grid innovation in a tiny town in Maine:

I finally went to visit the rocky peninsula the Maine coast in August of 2015. I had been following what was going on there intermittently by reading the dispatches from the Portland Press herald’s excellent energy reporter (who has an equally excellent byline) Tux Turkel, and occasionally wading into the arcana of the filings at the Maine Public Utilities Commission. But after so much reading, I wanted to hear about it first-hand.

If you want to hear the details of the Boothbay project and explanation for why it matters and how it works, you should scroll back up and listen to this podcast. But here’s the tantalizing question that drew me up to Maine: what if everything you thought you knew about energy was exactly backwards?

What if the way that we currently do electricity is actually the most expensive option, and all of that fancy “clean-tech” and “green-tech” actually the cheapest option?

Certainly, if all you’ve ever done is looked at a chart of the cost per megawatt hour of a given source of energy, this is a surprise.

This counter-intuitive possibility is not news to folks who have been paying attention. The Rocky Mountain Institute has been churning out reports saying so for years. For instance, a recent one concludes that technology available today “can unlock $13 billion per year of avoided grid investment and 10 to 40% savings on customer bills.” Another predicts that within 10 or 15 years it will be cheaper to build a new house with solar panels and a battery than to connect that house to the electric grid.

But the challenges of rolling out technologies like these are pretty profound. In part of our interview that didn’t make it into the podcast, Richard Silkman, whose company was responsible for the Boothbay experiment, explained to me that he initially had hoped to create a business that would compete with the utilities whenever an upgrade to the grid was deemed necessary. Here’s how it would work, the utilities could propose a new power line and wherever the technology was the right fit,his company would propose a competing suite of renewable energy, energy storage, and other technologies that could shift demand away from hours of peak stress on the grid.

“But as we got more involved in the process and began to learn more about how the system would treat us, we realized that was not going to be an option,” he said.

The essential struggle is that the utility industry is not governed by the same market forces that made massive technological change in areas like computers and other gadgets possible. Utilities have operated for years as regulated monopolies. Only in a few states has something that vaguely resembles a free-market for electricity emerged. In order to make money selling electricity or building power lines, your company must work through a complicated web of regulators, electric rate designs, and separate regional markets for energy, generation capacity, voltage regulation… and so on.

Indeed, even as we were putting the final touches on the podcast, a new chapter in the saga had begun. In a filing, the local utility argued that electric demand in Boothbay has been growing more slowly than originally forecast and therefore the pilot project was unnecessary and should be discontinued. It also says that of 13 times they called on the batteries or backup generator, only 6 times did they feed energy back into the grid without any problems.

Silkman’s company (in a surprisingly colorful rebuttal, as regulatory filings go) contends the utility “got it wrong,” and that it was in fact the presence of the project which has resulted in declining electricity demand. It also claims that the utility has withheld crucial data it needs to make the pilot work most efficiently, and the only data that has been provided was in a “in an apparently hostile attempt… to discredit the usefulness and value” of the pilot project.

I asked Steve Hinchman, one of Silkman’s collaborators, about his company’s relationship with the utility when I interviewed him. “This project is challenging them,” he replied, saying that the folks on the technical side of the business have been helpful and interested in the project but “the people that are more responsible for the financial long term planning would prefer not to have competition, to be honest.”

In short, if the transition renewable energy and the smart grid is going happen, it’s going to require a whole-sale change in the business model of electricity, and that could be an ugly fight between the companies that deliver us electricity now, and those that may do so in the future.

This is happening in some places, though different states are following different tracks. In New York, the emerging plan is largely market-based, meanwhile in Vermont regulators have taken the lead. Whichever path is followed, the result could be similar: as Gordon Van Welie, CEO of ISO New England, once told me in an interview “theoretically perfect regulations and perfect markets would yield the same result.”

Will that result be something like the Boothbay pilot, or something else entirely? We’ll just have to wait and see. 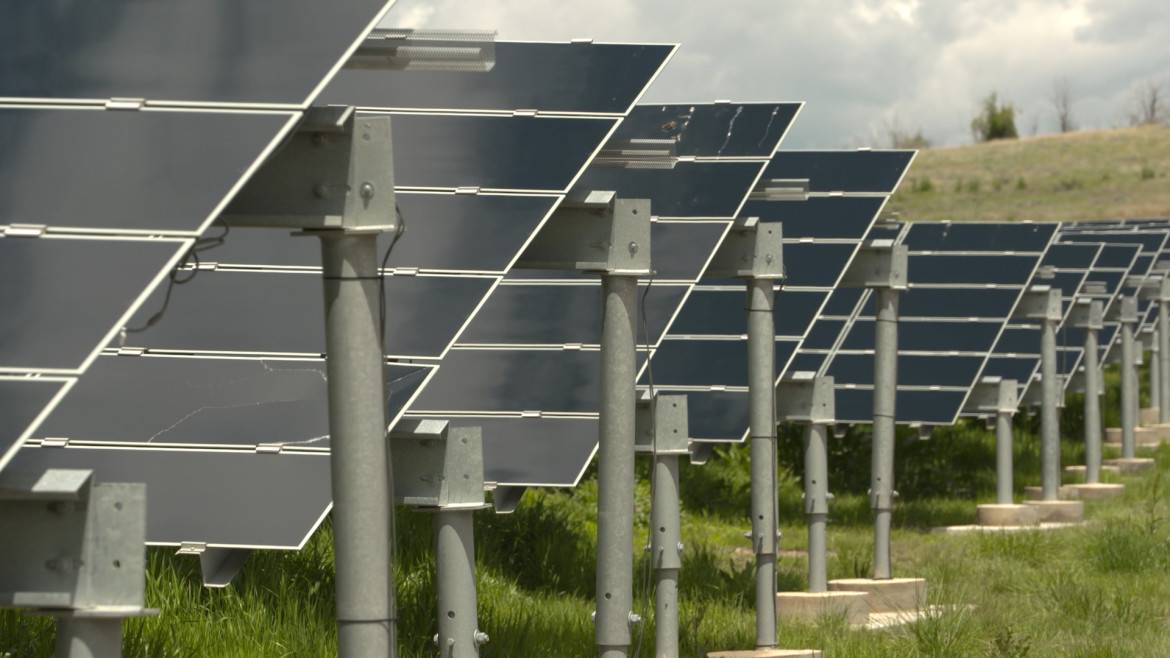