A 911 dispatcher with CU Anschutz for about seven years, Nelson-Cave handled life-or-death situations over the phone on a daily basis. It was the kind of work that weighs on a person (roughly 20% of emergency dispatch personnel suffer from PTSD), but Nelson-Cave said she was “accustomed to stress that goes away.”

“Where I could just set down my headset and run,” she explained with a slight chuckle.

But in October of 2019, a permanent stress entered Nelson-Cave’s life: breast cancer.

A physician found a lump in Nelson-Cave’s chest. Following a mammogram and biopsy, which confirmed the cancer, doctors believed Nelson-Cave was facing Stage 2 cancer. However, an ensuing full body scan revealed that the cancer had spread to her bones. Nelson-Cave now had Stage 4 cancer.

“And that is incurable,” she said.

The treatment Nelson-Cave is receiving affects her brain, she said. Sometimes she struggles to find words or remember things. For that reason, she can no longer work as an emergency dispatcher. Nelson-Cave now works in the security badging office, putting employees’ information and pictures on their badges so they can scan into buildings. In an interview with Rocky Mountain PBS, Nelson-Cave spoke about her grim diagnosis in a very clear-eyed, rational way. She explained that the average five-year survival rate for a patient with the type of cancer she has is just over 20 percent. Her number one priority is making sure that her 14-year-old son, Jay, is taken care of.

Jay is a freshman in high school. He enjoys drawing and playing video games, as well as theater and improv. Jay is also transgender.

Since he was 11 years old, Jay, who was assigned female at birth, has received gender-affirming care at the TRUE Center for Gender Diversity at Children's Hospital Colorado. His treatment at the center—including estrogen blockers and testosterone—is covered by Nelson-Cave’s employee-provided insurance.

Nelson-Cave understands there is a good chance she will not be alive in five years. She worried that if she passed away, Jay’s care would no longer be covered. The thought was almost too much to bear.

That changed in October of 2021 when Governor Jared Polis announced gender-affirming care would be included in the state’s essential health benefits, meaning thousands of Coloradans will have procedures like breast/chest construction and reductions, facial bone remodeling, and laser hair removal covered by their insurance.

Colorado is the first state in the country to offer such care as part of the Essential Health Benefit (EHB) benchmark plan. It applies to Coloradans who are enrolled in individual plans (i.e., not from an employer) or small group plans (i.e., for small employers with less than 100 employees). That group includes about half a million Coloradans. People enrolled in Colorado's Medicaid plan already have coverage for transition-related services.

“For too long, transgender people have faced barriers that have made it difficult for them to access doctors, affordable coverage and medical treatments. Today marks the first time that a state has sought to add additional gender-affirming care as an essential health benefit,” said Centers for Medicare & Medicaid Services (CMS) administrator Chiquita Brooks-LaSure in an October 12 press conference with Polis.

If Nelson-Cave were to pass away before Jay is an adult, Jay would be on his father's insurance plan. Jay's father (Nelson-Cave's ex-husband) receives his insurance through the exchange. With the new policy in Colorado, Jay's care will be covered on his father's plan, and that is an enormous relief to Nelson-Cave.

“It's so rare that something I hear or see in the news is like, this is going to have a good effect on my life very soon,” Nelson-Cave said. “I worry about how he'll [Jay] get his gender-affirming care when he can no longer be on my insurance. So this is a huge load off my mind.”

Historically, gender-affirming and transition-related care has been difficult to access for transgender and nonbinary patients, according to Andrew Miller. Miller works at Denver Health, where he educates doctors and others about treating LGBTQIA+ patients equitably and effectively.

"Oftentimes, it is up to the transgender and non-binary person and their medical provider really to try to navigate what can be covered and what isn't covered even if a medical professional deems it medically necessary," said Miller, who is transgender, in an interview with NPR.

Gender-affirming care can be life-saving, according to Dr. Elizabeth Kvach. She is a family physician at Denver Health and also the medical director of Denver Health’s LGBTQIA+ health services.

Kvach defined gender-affirming care as “partnering with transgender and non-binary people to be able to address their social, mental health, medical, and surgical healthcare needs while simultaneously respectfully affirming their gender identity.” In essence, she said, it means taking care of the “whole person.”

She said that when transgender or non-binary individuals do not have access to gender-affirming treatments, they often suffer much higher rates of mental health problems. In the Trevor Project’s 2021 survey on LGBTQIA+ youth mental health, more than half of transgender and nonbinary youth seriously considered attempting suicide in the last year.

“There's very good evidence that having access to these gender affirming therapies can help improve mental health outcomes and decrease suicide,” Kvach said. You can watch an extended interview with Kvach here.

As Nelson-Cave points out, the physical treatments Jay is receiving are just one part of his transition. The social side is often just as important, and just as difficult.

“Oh, his mental health is so bad right now,” Nelson-Cave said of her son. “He has been through a lot and it's taking its toll. I mean, he has really bad insomnia. He's always struggled with anxiety, which has gotten worse … He has been hospitalized a couple of times during the pandemic for psychiatric emergencies. So yeah, it's definitely had a profound effect on his mental health. It is just not easy to be a kid going through everything that he's going through.”

But despite these struggles, Jay told Rocky Mountain PBS—and Nelson-Cave agreed—that he is much more confident since he started his transition.

“Mentally, my confidence has always been a problem area, both before and after me coming out. Coming from a social standpoint, it was definitely rough at the beginning,” Jay wrote in an email to Rocky Mountain PBS. “More recently, it’s been a lot easier since more of my peers are either LGBTQ+, or exclusively have known me by my preferred name and pronouns.”

Jay found a lot of support through Rainbow Alley, The Center on Colfax’s program serving LGBTQIA+ youth. Nelson-Cave said Rainbow Alley “was a place where [Jay] could go after school for a few hours, hanging out with a bunch of kids like him and then come home happy and tired.

Due to COVID-19, however, the program has had to shut down at various points throughout the pandemic. “And we're still feeling that hole in our lives,” Nelson-Cave said. “Like I wish that I could take him to Rainbow Alley every day.”

Kvach said like medical treatment, family and community support like the kind Jay receives at Rainbow Alley is vital to to the resilience and wellbeing of transgender youths. According to the same Trevor Project survey, transgender and nonbinary youth who have their pronouns respected, were able to legally change their names and/or “had access to spaces that affirmed their sexual orientation and gender identity” all reported lower rates of attempting suicide.

Nelson-Cave and Kvach agreed that there is still a long way to go, even if gender-affirming care is now guaranteed for hundreds of thousands of Coloradans.

“Having improved coverage doesn't automatically equal access to care,” Kvach said. “And so I think we still have a lot of work to do to make this care equitable for all trans and non-binary folks in our state and country.”

Part of that work is educating doctors. At Denver Health, Kvach said the staff has “worked really hard to train a lot of our providers to be able to offer this care. And initially these were trainings that were provided after hours when people weren't being paid and people opted in. So we've had over a hundred providers in our system who have stepped forward to get this training because they recognize that there was a gap in their medical education that they received, and that they really wanted to be able to step up and offer this care to the community and recognize its importance.”

She continued: “I think we have worked hard to make it so that any LGBTQ person, but certainly trans and non-binary folks can walk anywhere into our system and receive affirming care, regardless of if they're in the emergency department or a specialty department or primary care. We're not perfect, but it's a journey and we are constantly striving to improve the care that we're offering to the community.”

Nelson-Cave was encouraged to hear about the Denver Health training program, but said proper care shouldn’t depend on doctors educating themselves in their free time. Medical schools should have mandatory classes on treating transgender individuals, she said. “There needs to be a dedicated curriculum to fill in these gaps in care,” Nelson-Cave continued. “Ideally it would be made part of the national curriculum.”

Nelson-Cave has seen first hand what reliable gender-affirming care and community support has done for her son.

“He was definitely more confident after he started dressing like a boy and I stopped correcting people who were calling him a boy,” Nelson-Cave said with a big smile. “Every time he gets called ‘sir’ or ‘young man,’ you can see the chest puff out a little bit and he's walking a little taller. It's so cool. I love seeing that.”

Nelson-Cave said her son is a very compassionate person. And she wants him to maintain that mindset even after she’s gone. His health care, she said, is a big part of that.

“I want Jay to grow up to be a happy, healthy adult,” she said. “It makes the world a better place, and feeling comfortable existing as a person is essential to that.” 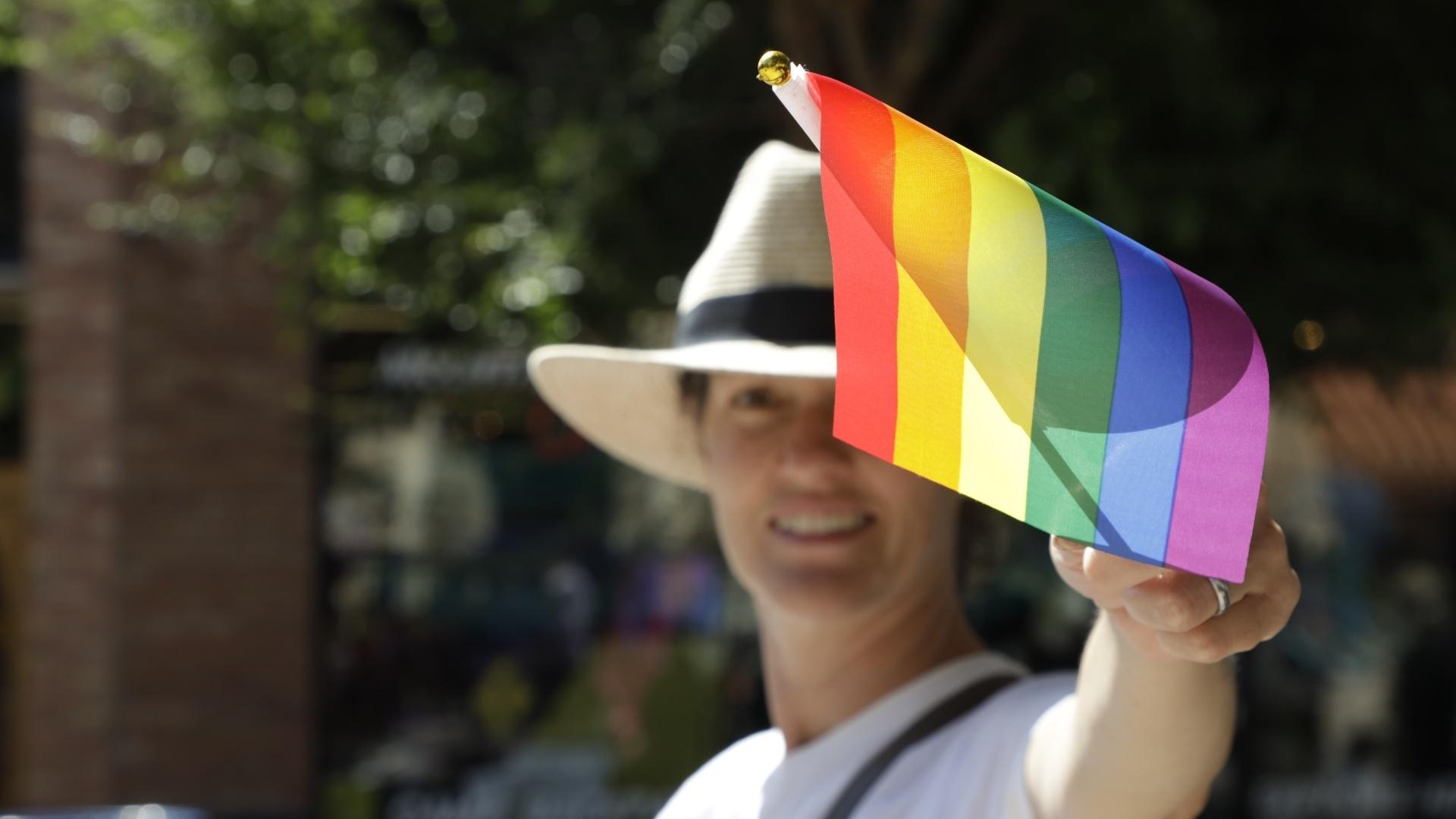 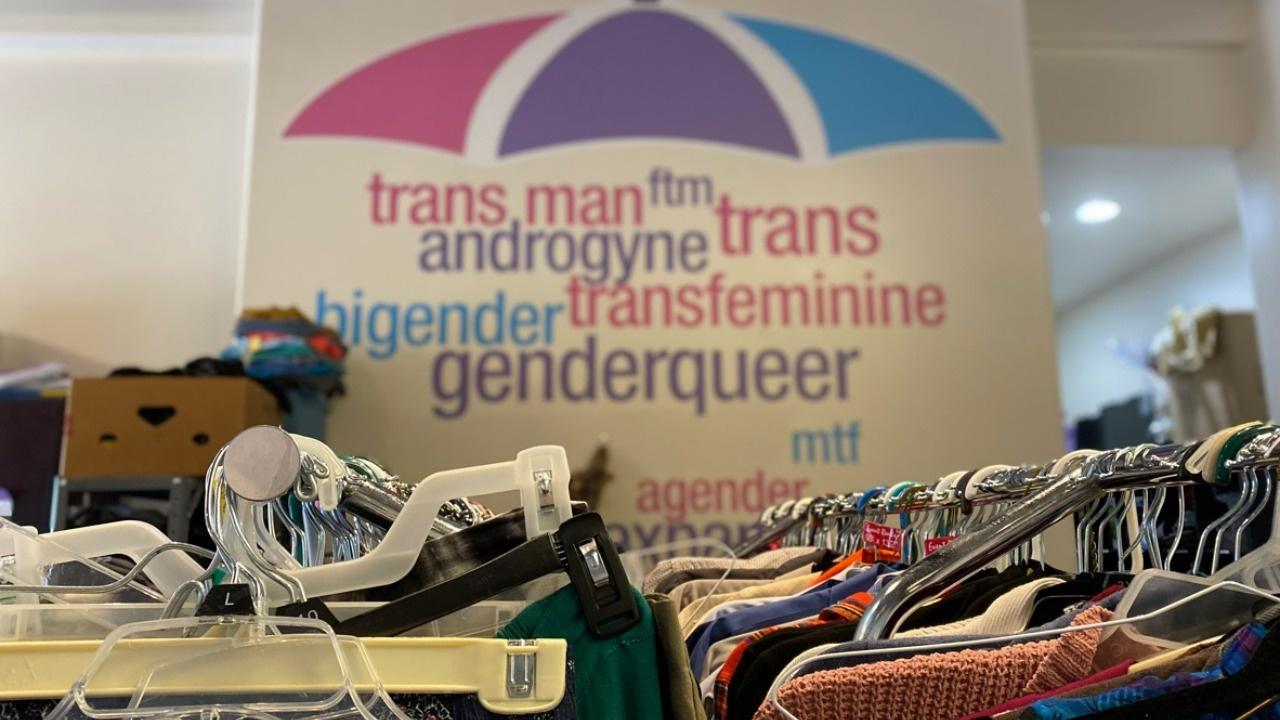